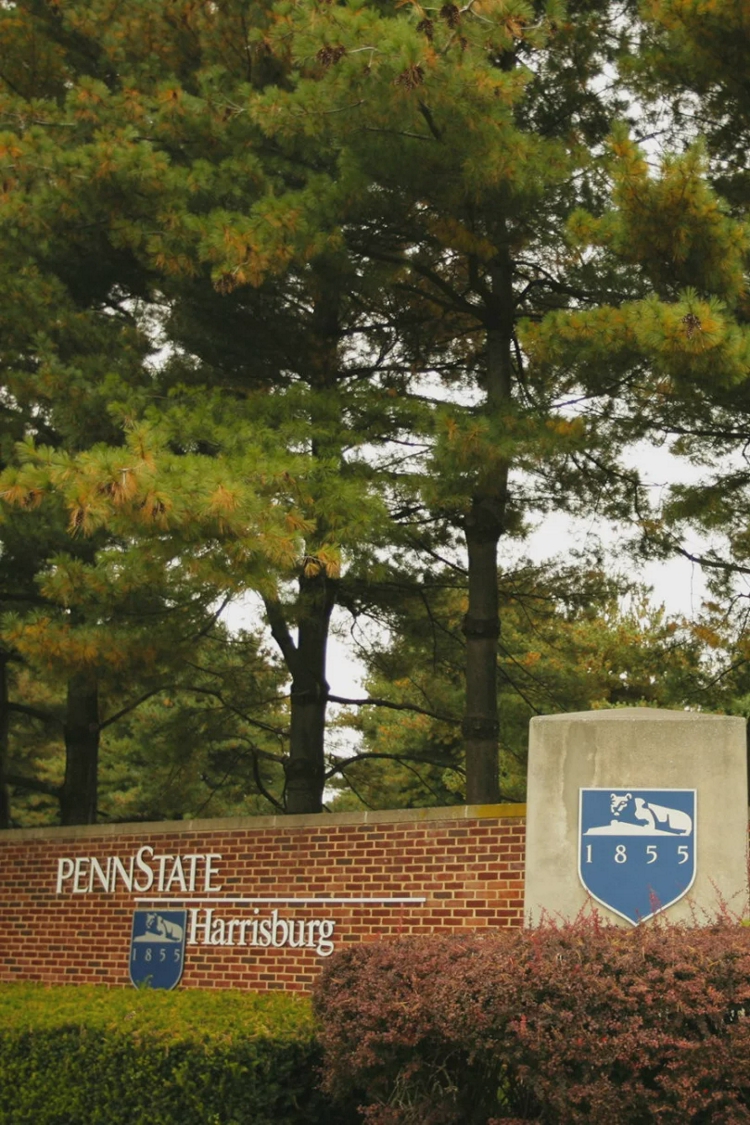 Are you interested in music or performing? Sing in a chorus or perform with one of Penn State Harrisburg's theater groups.

Interested in journalism or communications? Penn State Harrisburg students can write for the campus newspaper, host a radio show or be a producer for the student-run television channel.

The definition of a "good school" varies. Some factors that can help you determine what a good school for you might be include admissions criteria, acceptance rate, tuition costs, and more.

Let's take a closer look at these areas to get a better idea of what Penn State Harrisburg offers and if it seems like a good fit for you.

Retention refers to the number of students that stay enrolled at a school over time. It guages how satisfied students are with their school experience, and if they have the support necessary to succeed in college.

Out of all the first-year, full-time undergrads who start at Penn State Harrisburg, around 83% come back their sophomore year. Around 67% of students who started at Penn State Harrisburg earn their Bachelor's degrees within six years. Compare this to the average six-year graduation rate for colleges and universities in the U.S., which is around 61% for public schools and 67% for private.

Job placement stats are a good resource for understanding the value of a degree from Penn State Harrisburg by providing a look on how job placement has gone for other grads.

In 2020, students graduated with an average of $42,940 in student loans for each student with debt. For context, compare this number with the average national debt, which is around $36,000 per borrower.

Some aid is available on a first-come, first-served basis, so fill out the FAFSA early. Visit the FAFSA website to apply for student aid. Remember, the first F in FAFSA stands for FREE! You should never have to pay to submit the Free Application for Federal Student Aid (FAFSA), so don't give your money (or info!) to any website that claim you do.

Where is Penn State Harrisburg?

Penn State Harrisburg is located in the small town setting of Middletown, Pennsylvania.

You can also take a virtual campus tour to get a sense of what Penn State Harrisburg and Middletown are like without leaving home.

Need Advice or Have a Question About Penn State Harrisburg?