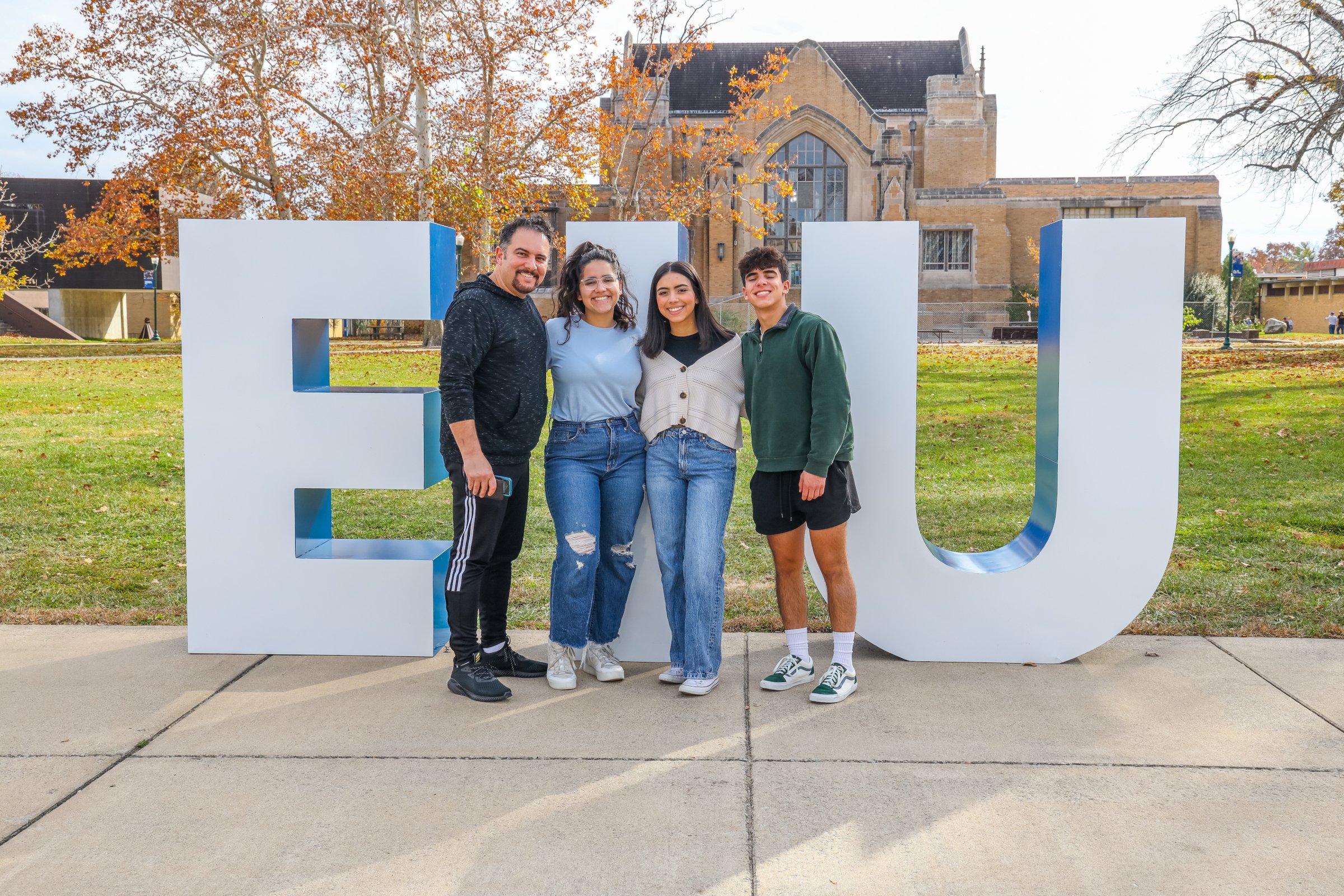 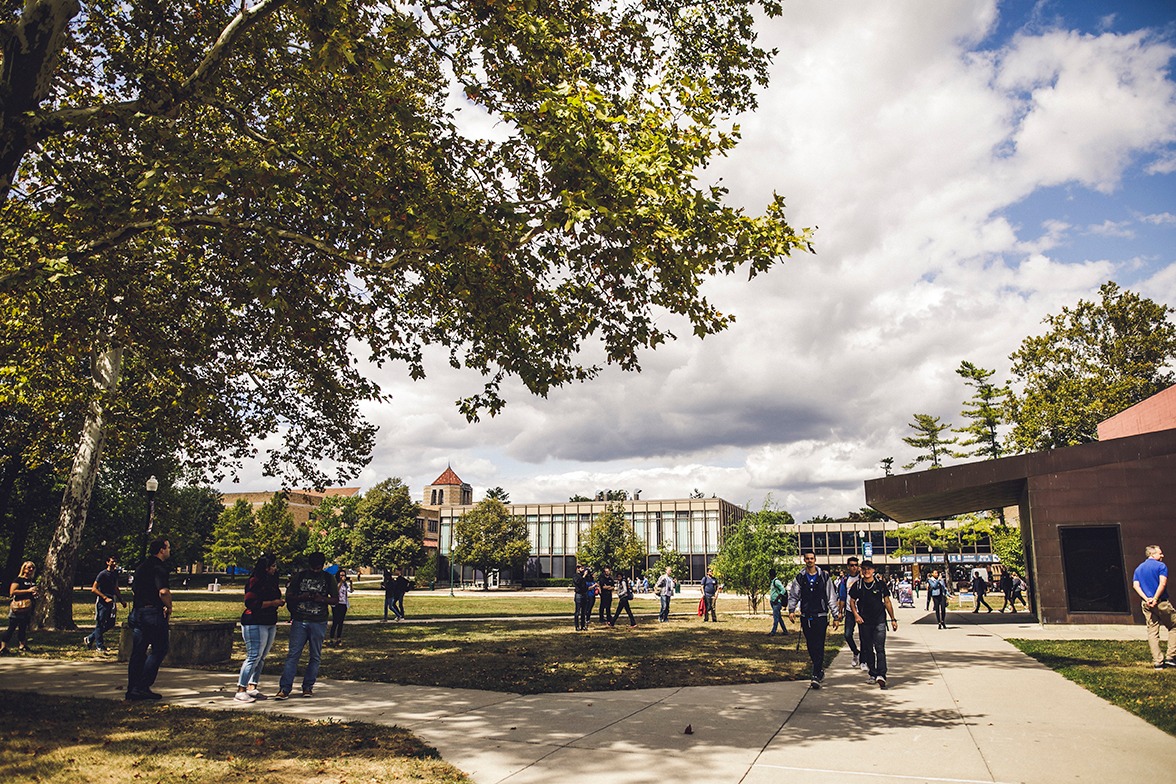 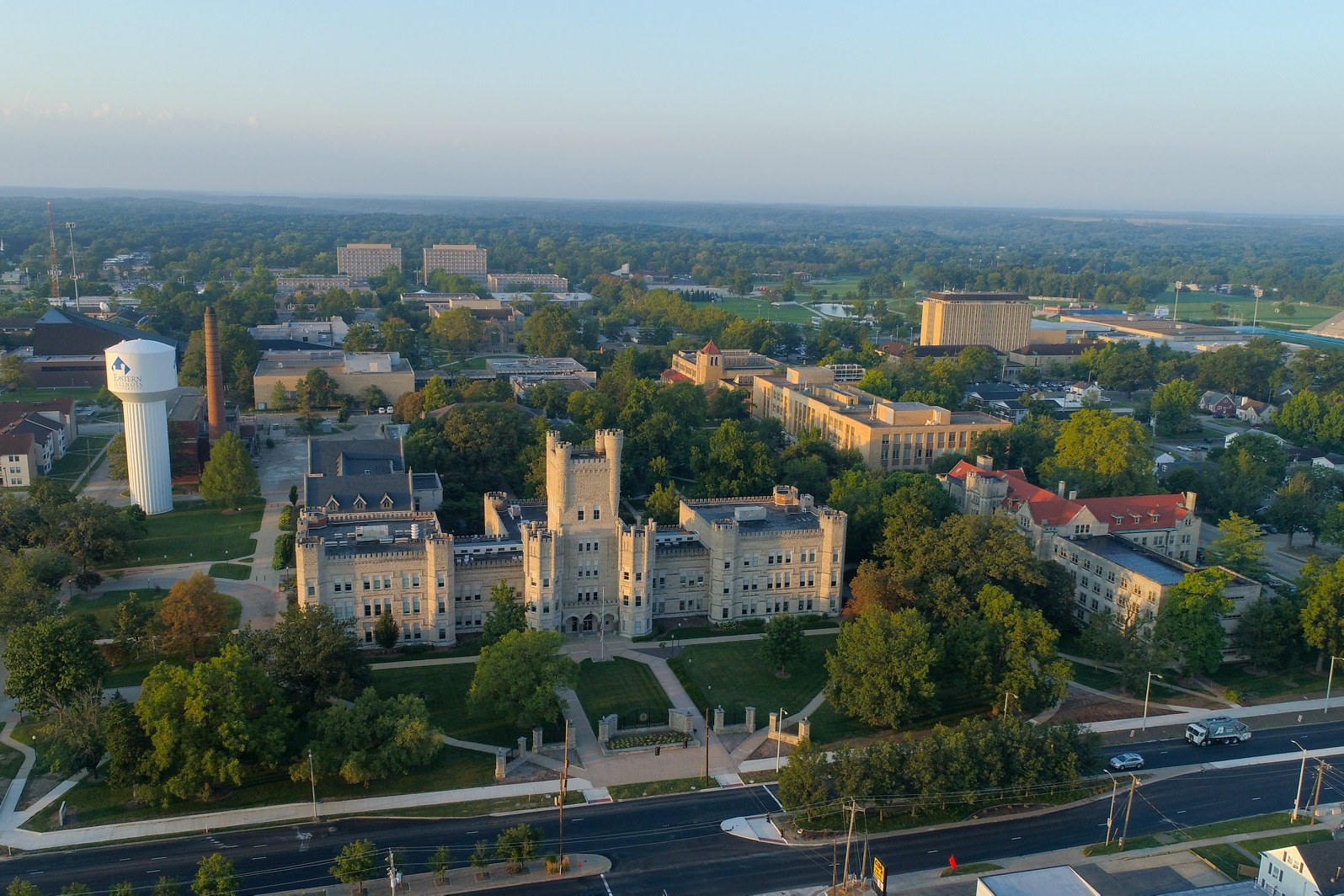 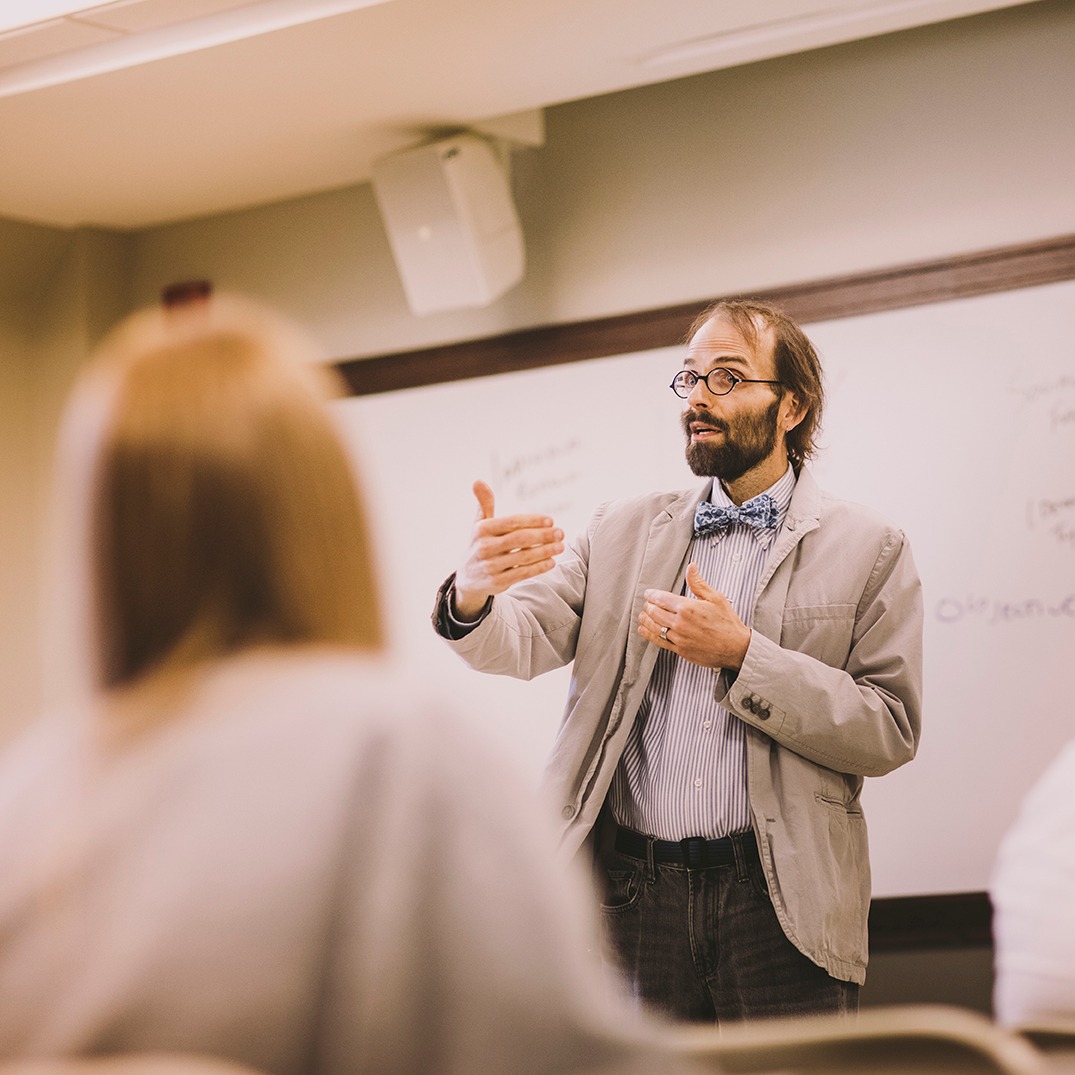 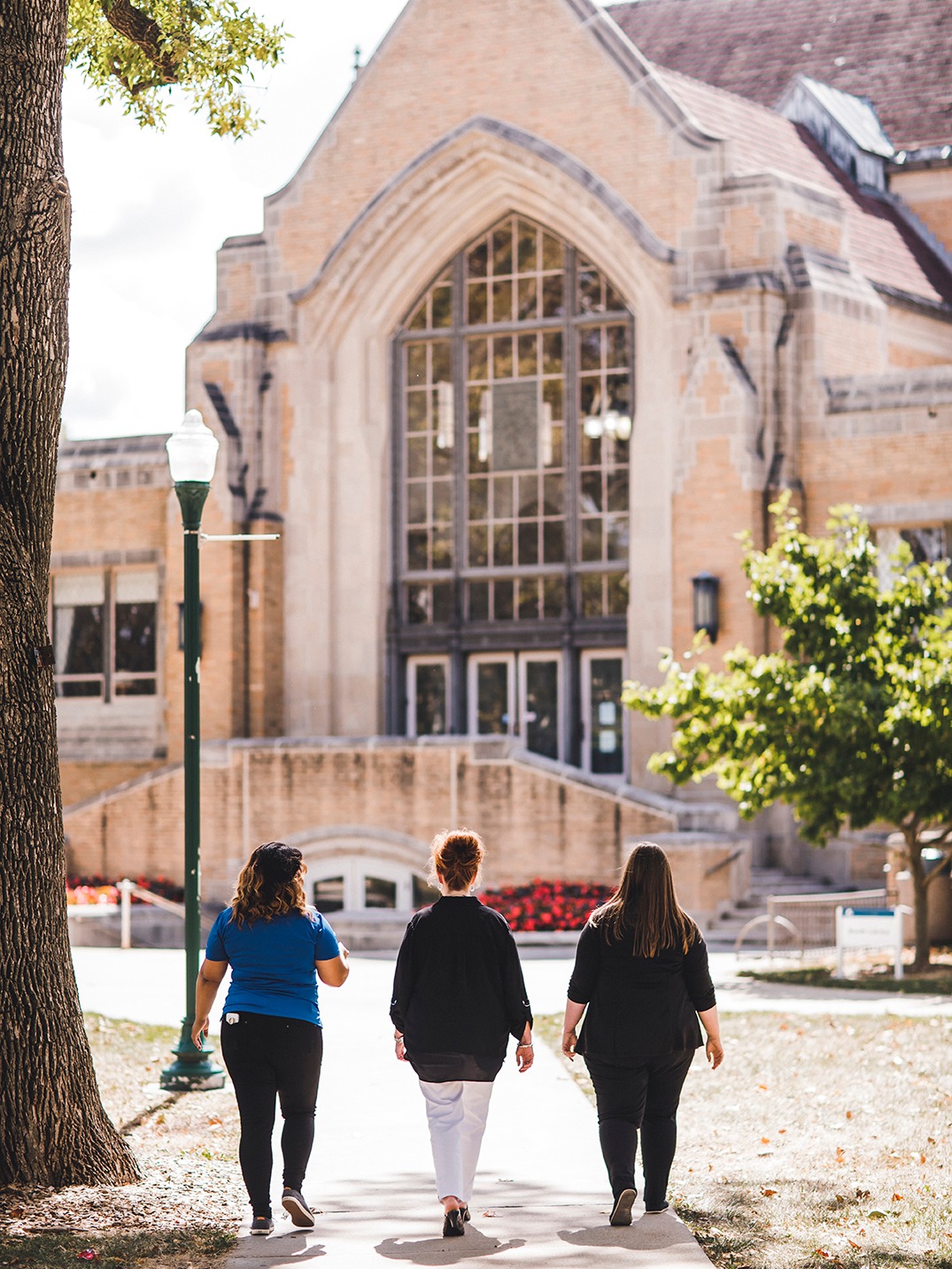 The first thing you will see is our castle! This is Eastern's flagship building, Old Main.

We believe every one of our students can reach heights they never realized were possible given the right circumstances. In the right place, with the right people around them, they can learn and grow like never before, and open up greater possibilities than they imagined.

EIU's beautiful campus is small enough to feel close-knit and is easy to navigate!

An aerial view of the Campus of Eastern Illinois University.

If you already know what you’d like to study, we have the specialties you’re looking for. If not, rest assured that you’ll have the chance to discover the possibilities offered through our majors and programs.

Located in the heart of the EIU campus, Booth Library serves the students, faculty and staff of Eastern Illinois University.

Wherever your interests lead you, we’ve got a community ready to help you develop them. With 90 majors and 90 minors and more than 210 registered student organizations, you’ll find limitless options to learn and grow. With opportunities for faculty-mentored research and experiential education, you'll learn in and outside the classroom.

Eastern Illinois University is a public, state school in a small town setting in Charleston, Illinois. Eastern was founded in 1895 and the school now enrolls around 8,608 students per year, including 6,903 undergraduates. Eastern provides on-campus housing for up to 4,365 students. Most students live in off campus housing, and 58% of students spend their weekends on campus.

There are many ways for students to get involved at Eastern!

Are you interested in music or performing? At Eastern you can join a campus band, sing in a chorus, or perform with one of the school's theater groups.

Are you interested in journalism and communications? Eastern students can write for the campus newspaper, host a radio show or be a producer for the student-run television channel.

Interested in joining a fraternity or sorority? Eastern has fraternities and sororities.

Different people have different ideas about what makes a "good" school. Admissions difficulty, admitted student statistics, tuition, and financial aid can all provide a sense of how selective a university is.

Let's take a closer look at these areas to get a better sense of what Eastern offers and if it seems like a good choice for you.

It is moderately difficult to get into Eastern. The acceptance rate at Eastern is 72%. Last year, 7,077 students applied to Eastern and 5,111 were admitted.

Approximately 73% of first-year, full-time undergrads who start at Easternare still enrolled the next year. Easternhas a six year graduation rate of 51 for undergrads. The average six-year graduation rate for U.S. colleges and universities is 61% for public schools, and 67% for private, non-profit schools.

Job placement rates after graduation and average starting salaries can all give important clues about the value of a degree from a specific school. Within six months of graduating, 48% of graduates receive at least one full-time job offer.

As of 2022, the total market value of Eastern Illinois University's endowment was $102.4 million. The average college endowment was $905 million in 2021. For each full-time student, Eastern spends about $8,881 a year.

Eastern meets 51% of the demonstrated financial need for undergraduates. First-year students that attend Eastern full-time are awarded $15,318 a year in financial aid, on average.

The average student debt for graduates in the class of 2022 was around $29,263 per student, not including those with no debt. For context, compare this number with the average national debt, which is around $36,000 per borrower.

Some financial aid is awarded on a first-come, first-served basis, so fill out the FAFSA as soon as you can. Visit the FAFSA website to apply for student aid. Remember, the first F in FAFSA stands for FREE! You should never have to pay to submit the Free Application for Federal Student Aid (FAFSA), so be very wary of anyone asking you for money.

Based on this information, is Eastern the school for you? Remember, a school that is perfect for one person may not be the right school for another! So ask yourself: Is Eastern a good school for you?

Choose one of the options below to learn more about Eastern:

Then use the college admissions predictor to take a data science look at your chances of getting into some of the colleges and universities in the U.S.

Eastern is located in the small town setting of Charleston, Illinois.

If you want to see Eastern for yourself, be sure to plan a visit! The best way to reach campus is to take Interstate 57 to Charleston, or book a flight to the nearest airport, University of Illinois Willard.

You can also take a virtual campus tour to get a sense of what Eastern and Charleston are like without leaving home.

Considering Going to School in Illinois?

The deadline for Fall first-year applications to Eastern is Continuous processing.