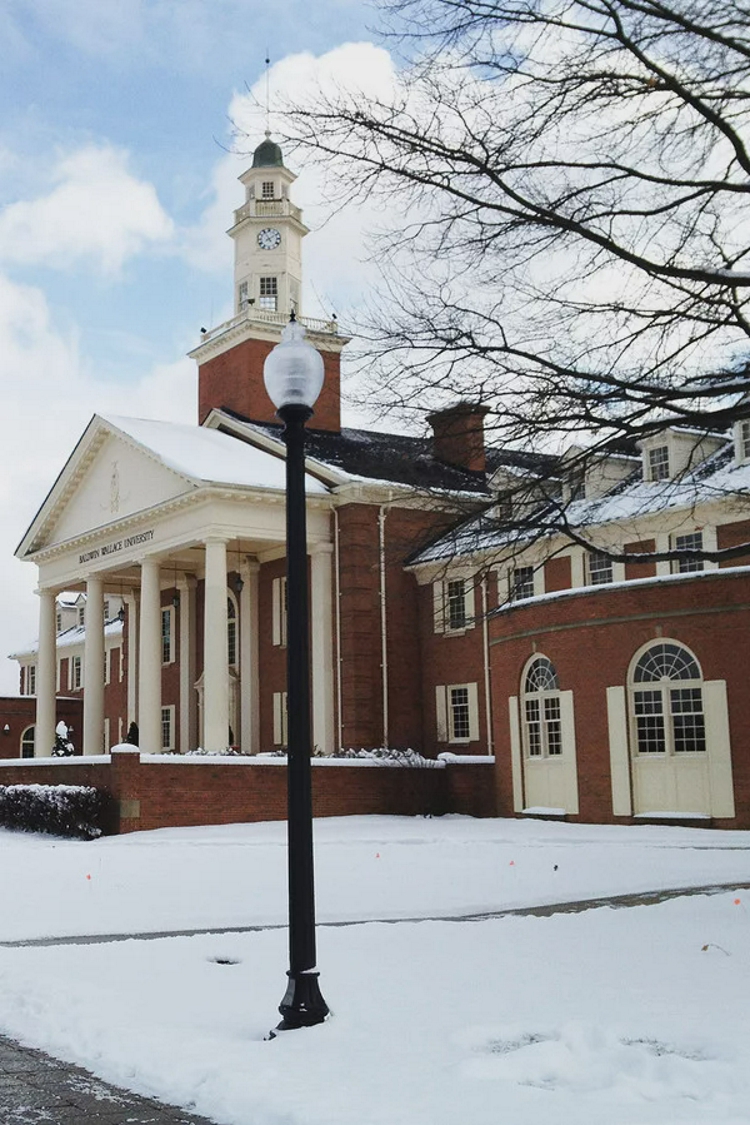 There are many ways for students to get involved at Baldwin Wallace! Love music or performing? Join a campus band, sing in a chorus, or perform with one of Baldwin Wallace's theater groups.

Interested in journalism or communications? Baldwin Wallace students can write for the campus newspaper, host a radio show or be a producer for the student-run television channel.

Thinking of pledging? Baldwin Wallace has fraternities and sororities.

Learn more about life at Baldwin Wallace on the Student Life page.

Is Baldwin Wallace a Good School?

Different people have different ideas about what makes a "good" school. Admissions criteria, acceptance rate and average GPA are good indicators of how competitive an institution is, but they don't say much about the quality of the education or the student experience. However, there are a few good ways to get a better sense how satisfied students are and how well a school supports its student body.

Let's take a look at each of these factors to get a better idea of what Baldwin Wallace offers and if it could be the right college for you.

It is moderately difficult to get into Baldwin Wallace. The acceptance rate at Baldwin Wallace is 70%. Out of 3,864 applications received in 2021, 2,698 students were offered admission.

About 85% of students who start at Baldwin Wallace return the next year.The average six-year graduation rate for U.S. colleges and universities is 61% for public schools, and 67% for private, non-profit schools.

Job placement statistics for recent graduates can give you a sense of the return on investment a school offers. Within six months of graduating, 64% of graduates receive at least one full-time job offer.

An endowment is the total value of a school's investments, donations, and assets. Endowment is not necessarily an indicator of the quality of a school, but it can give you a sense of how much money a college can afford to invest in expanding programs, improving facilities, and support students. Baldwin Wallace's endowment was valued at $178 million in 2021, compared to a national average of $905 million. For each full-time student, Baldwin Wallace spends about $13,983 a year.

Cost is another important factor when choose a college. Some colleges may have high tuition, but do a better job at meeting students' financial need. Baldwin Wallace meets 81.8% of the demonstrated financial need for undergraduates. First-year students that attend Baldwin Wallace full-time are awarded $32,763 a year in financial aid, on average.

Students in the class of 2021 who had taken out student loans graduated with an average of $34,296 of debt. For context, compare this number with the average national debt, which is around $36,000 per borrower.

Some aid is available on a first-come, first-served basis, so fill out the FAFSA as soon as you can. Visit the FAFSA website to apply for student aid. Remember, the first F in FAFSA stands for FREE! No one should ever pay to fill out the FREE Application for Federal Student Aid, (FAFSA), so don't give your money (or info!) to any website that claim you do.

Choose one of the options below to learn more about Baldwin Wallace:

Then use the college admissions predictor to calculate your chances of getting into some of the most popular schools in the U.S.

Where is Baldwin Wallace?

Baldwin Wallace is located in the suburban setting of Berea, Ohio, less than an hour from Cleveland.

If you want to see Baldwin Wallace for yourself, plan a visit. The best way to reach campus is to take Interstate 71 to Berea, or book a flight to the nearest airport, Cleveland Hopkins International.

You can also take a virtual campus tour to get a sense of what Baldwin Wallace and Berea are like without leaving home.

Considering Going to School in Ohio?

The deadline for Fall first-year applications to Baldwin Wallace is Continuous processing.

The deadline for Fall transfer applications to Baldwin Wallace is Continuous processing.

Wondering what your chances are of getting into Baldwin Wallace University?

Need Advice or Have a Question About Baldwin Wallace?