Appearances are deceiving. What do think of when you imagine yourself (if you're a high school junior or senior) or your son or daughter (if you're the parent of a high schooler) going to college? Maybe your fantasy involves strolling well-manicured lawns that fill the spaces between imposing Gothic-looking buildings. Your visions may also include cheering crowds inside football stadiums on crisp, sunny fall days, or deafening field house throngs urging their basketball stars on to yet another come-from-behind win. Oh, and don't forget those long, gorgeous, towering-tree-lined sidewalks that connect all those stunning buildings, like a kind of concrete circulatory system. Some picturesque scenarios, eh?

Coming farther down to earth, though, maybe you also imagine what I call The Money Monster, those tuition bills that would visit your mailbox twice a year. Every year, parents all over this land hear the beating of its wings, usually in August and December. Then, on what was a normal trip to get the mail, it's spotted, perched menacingly atop the mailbox, waiting to be fed with your money!

The sadistically interesting thing about college tuition bills is the due date. Full payment is usually required within two-to-three weeks. Denial doesn't work. No payment equals no class registration. Quite a simple arrangement. And when the "Amount Due" figure looms in the many thousands, the term "Money Monster" is more easily understood.

But is there more practical and, more importantly, potentially more highly materially rewarding alternative to those lush lawns, Gothic spires, and (how could I have forgotten?) "prestigious" academic reputations, not to mention monsterous mailboxes? Well, according to Georgetown University's Center on Education and the Workforce. there is, and it's been sitting right under your nose, likely ignored because of its relatively plain-vanilla profile: community college. 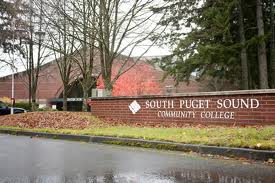 According the Georgetown Center's findings, almost 30% of Americans with associate's degrees now make more than those with bachelor's degrees. This is an amazing statistic. Let's take a closer look and see why this is so amazing.

First of all, there's the money issue. Here are some year-old numbers from CNN Money:

- The sticker price of studying and living on campus at the average public university rose 5.4% for in-state students, or about $1,100, to $21,447 this fall, the College Board estimated.

- The sticker price of living and studying for a year at a typical private college rose 4.3% to $42,224 this year.

And now, here's the real kicker (and a crucial point of this post):

- While community college tuition posted a sharp 8.7% gain, it's still a bargain: only about $3,000 a year for full-time tuition.

That's a staggering differential, especially in light of the Georgetown Center's recent research in several states showing "that, on average, community college graduates right out of school make more than graduates of four-year universities." This has highly practical implications for several types of prospective college students and their families.

First, and perhaps the type of students and families that can most benefit from community college, are those who simply can't afford the financial burden of a four-year school and/or who don't care to take on a huge loan debt. Also, there may be some of those families who, for whatever reason, cannot qualify for co-signing student loans due to credit issues.

Next, are those high schoolers who are in a quandary about which direction to go for their futures. Of course, going to a community college may not offer a clearer path to career decisions, but at least the student won't be burning tuition dollars in the tens of thousands while taking required philosophy or anthropology courses that will likely have no relevance whatever to a life's work preference.

Finally, there may be family circumstances that prohibit a student from being far away from home. A parent may be ill and require daily care and oversight. There may also be a needy sibling that requires the student to be in residence at home, for whatever reason. The dual advantage of being able to live at home to tend these needs while advancing higher education pursuits should not be underestimated.

CNN notes, "Employers are turning to community colleges because those lining up at the door aren't qualified," said Anthony Carnevale, director of Georgetown's Center on Education and the Workforce. The skills requirement has gone up and employers don't train entry-level workers anymore."

One has to wonder in what areas these four-year-college job applicants aren't qualified. Maybe it's in the area of specific technical skills, or perhaps in overall communication abilities (writing and presentation), or maybe they spent too much time in majors that have have no particular application to the job requirements being proffered. One thinks of Anthropology and Archeology or Philosophy And Religious Studies (not that there's anything wrong with those).

Here are two heartening statements: "The average wage for graduates of community colleges in Tennessee, for instance, is $38,948 -- more than $1,300 higher than the average salaries for graduates of the state's four-year institutions."

"In Virginia, recent graduates of occupational and technical degree programs at its community colleges make an average of $40,000. That's almost $2,500 more than recent bachelor's degree recipients."

Granted, your mileage may vary when it comes to community colleges, but, as CNN notes, "A two-year community college degree, at present full rates, costs about $6,262, according to the College Board. A bachelor's degree from a four-year, private residential university goes for $158,072." That's a staggering differential.

Now I would be the last person to argue against a classical four-year degree. I have one and both of my children have one, and we're all doing just fine. However, the point appears to be that a community college can provide substantial advantages for certain kinds of students and their families. It would make sense, then, for all you high schoolers and parents out there to put down for the moment any prejudices you may have about community colleges and see if that higher educational path just might be a contender for your hard-earned money and time. The future you change may be your own.

If you are considering studying acting, there are many options for great programs located across the US. There are programs tailo…

If you are interested in studying music in college, there are many great schools for you to choose from. Students interested in g…

What is Marine Biology?

Psychology is the study of the mind and behavior. There are many areas of psychology such as cognitive, developmental, and social…