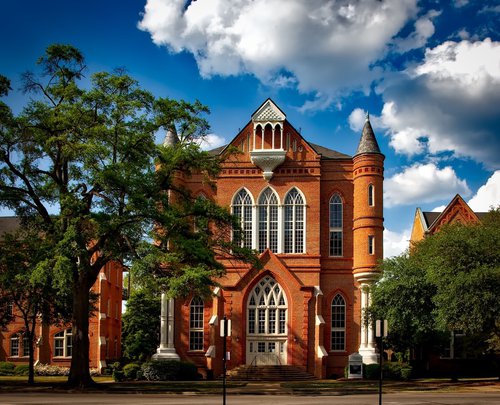 Is higher education damaged? Has the COVID-19 pandemic flushed out the flaws and revealed the fractures in its historical solidity?

Over the course of the years I've been writing articles that have chronicled the state of higher education, I have often observed that the realm of college education over time is heading for a significant "sea change." COVID-19 is the dramatic tempest that has caused the waves to start crashing.

I've been an avid observer of and professional/parental participant in all things higher education for over three decades. Obviously, I've never seen a year like 2020, which has accelerated the transformation of many colleges and universities. Of course, the perennial "elites" — the Ivy League and many Top 50 schools — have more or less dodged the coronavirus bullet's full impact due to their financial resources and prestige.

Because the pandemic has forced schools to go virtual this year, the issues of value, return on investment, general costs and, for lack of a better term, greed have brought questions about a college education's relevance to the forefront. There are many viable competitors for a student's money and career aspirations, as I have noted before.

The relentlessly spiraling cost of attending college and the pandemic's cost consequence realities, have cast institutions of higher learning into a kind of Catch-22. Their current budget models, supported by tuition, room and board and student fee dollars, have been blindsided by the enormous costs of COVID testing and implementing safety protocols.

Another major loss has resulted from vanished sports revenues. Just this past week, Penn State Athletic Director Sandy Barbour announced an emergency fundraising campaign to offset PSU's almost $74 million shortfall in sports revenue, which is endangering some of the school's 31 varsity teams. The main hit, obviously, comes from lost ticket sales for football, due to a shortened Big 10 season and fans being shut out from attending games.

With few exceptions, colleges have refused to lower tuition rates or refund room and board charges when students were sent home in March to continue studies virtually. Many students and families felt shortchanged by this parsimoniousness. Some received no refunds or reduction in fees in light of the perceived lowered quality of non-classroom education. Ergo, the shadow overspreading value and return on investment.

Granted, there will always be those who can afford college, regardless of the price tag. As the assassin Joubert said in Three Days of the Condor, "Someone is always willing to pay." However, the staggering student loan debt in this country speaks to the simple fact that far more are willing to go into debt, sometimes a lifetime of debt, in order to gain entrance into those (at least for now) hallowed halls of ivy. I won't burden you with the familiar data that show how college costs have far outstripped inflation and even medical cost increases across the decades.

Another spokesperson for the current college conundrum is Nick Romeo, a nationally published journalist, former hedge-fund staffer and author of 11,002 Things to Be Miserable About. One of the more prominent things Nick is miserable about is higher education. He also opined about this in a now unavailable article from the Daily Beast entitled How to Reinvent College. I have portions of it saved in my archives. From the introduction:

… An undergraduate having to pay off $120,000, and a university that has more than $165 million in debt? Paying adjuncts less but having them teach more, and instructors who give As 43 percent of the time? Nick Romeo on a new book that critiques how higher education has changed, and what needs to be done to save it ...

Of the many excellent points in Romeo's article, I think this statement may well qualify as his point: "This intensifying struggle to gain prestige and profits has led to rising costs and falling quality."

Rising costs and failing quality. If I were a parent pondering co-signing large college loans, the "failing quality" part of Romeo's thesis would keep me up at night. In discussing the power of colleges to woo prospective students, he notes:

… Ask a 17-year-old about college and you'll probably hear the word "fit." It's the most pervasive and elusive metaphor of the college search: a quasi-religious, quasi-romantic sense of rightness that descends on students as they tour the manicured lawns of the perfect school, the one that feels, in some mystical way, like a good fit.

The hazy imprecision of this notion is a triumph of college marketing. Many colleges hope that whims and intangibles will guide student decisions. It's simply not in their interest to encourage students to think closely about the economics of their choice …

What starry-eyed high schooler hasn't been dazzled by those manicured lawns, Gothic buildings and the overwhelming sense of academic Nirvana? Unfortunately, collegiate catnip many times overrides that rational part of the brain (and wallet) that cries, "But how can you afford all this?!" The catnip counterpoint comes from Romeo, when he says, "... it's common for students to select a college based more on impulse and intuition than data."

I can vouch for that. I've seen many ill-advised decisions in my day as an independent college admissions counselor. The saddest part of bad decisions comes not at the front-end of the process but at the end, after graduation, when the realities of crushing loan debt and low-paying job opportunities collide.

Romeo closes with a memorable paragraph:

… There's something undeniably appealing about the romance of the chance discovery, whether of a subject or a college. But the costs of the current system are unsustainably high. If students and families still want to follow their marketing-fueled whims to a given college or pursue a subject with dismal job prospects, no one will stop them. But as [Jeffrey] Selingo [author of College (Un)Bound] observes, American higher education in its current state risks becoming, like the auto industry, a failed icon of arrogance, waste, and inefficiency.

Whoa. "... a failed icon of arrogance, waste and inefficiency." Are Romeo and I (and others) saying that college is a bad idea? Of course not.

However, what we are saying is that there may be a better path to a life's fulfillment. Perhaps the core of the problem is that the moment for this significant decision occurs at the intersection of immaturity and inexperience for most young people. Even experienced parents often fail as advisors to flummoxed high school seniors trying to make their best decision about college and life.

Don't misunderstand me; I'm not "down" on college. I'm just concerned about the outcomes I'm seeing for those graduates today who are struggling, with loan debt and career disappointments. So who's to blame?

I won't point a finger, but there are suspects. Nick Romeo's words come back to haunt us: "Many colleges hope that whims and intangibles will guide student decisions. It's simply not in their interest to encourage students to think closely about the economics of their choice."

College choice has consequences, some good, some not so good. How have your prospective colleges responded to COVID-19? How do they look to you now? That may tell you all you need to know about your choice.