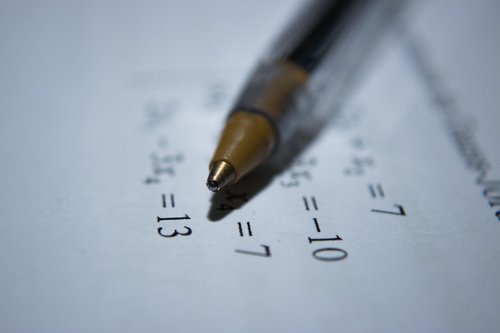 Roughly 10 percent of the ACT Math section (or for the statistics fans, five to seven out of 60 total questions), will be about Statistics and Probability. That's a sizable enough portion of the section such that if you're struggling, mastering these questions could help you achieve the high ACT Math score you're looking for. More importantly, the ACT only tests a specific and limited set of concepts in this field, which means that you don't have to frantically cram in a whole new stats class or do some high-level research into Gaussian distribution.

ACT Stats: Brought to You by the Letter M

Mean, median and mode are frequently discussed in tandem because they all describe central positions within a dataset. The most confusing thing about them tends to be that they all sound similar because they're short M words; in actuality, you likely already interact with most of them without even realizing it. Here's how to tell them apart:

Let's start with the mean, which you may more familiarly think of as the average. When you figure out your GPA, gas mileage or free-throw percentage, you're finding the mean. When you add up your separate ACT test scores and divide by four to find your composite ACT score, well, that's also the mean — if you know what we mean. That's taking the total (sum) and dividing by the number of things to find the mean. On the ACT, however, you might be asked to find a different value, so memorize the TAN equation: Total = Average x Number of Things. When a question involves the mean/average, write down T = AN, fill in what you know, and solve for what you need.

The first step in finding the median in a list of numbers is to make sure the data is in sequential order. It might not be, especially if the values are coming from a chart, graph or table, so order the list by rewriting it before doing anything else. Once that's done, here's a straightforward way to find the median. If your list has an odd number of values, the median is the number right in the middle. If you have an even number, the median is the average of the two numbers in the middle. For longer lists, a quick way to find the middle number is to divide the total number of items in the set by 2 and round up. For example, the median of a list of 99 numbers will be the 50th number while the median of a list of 100 numbers will be the average of the 50th and 51st numbers.

Finally, for the mode, you just need to see which number appears most often. If you've already ordered your data set to find the median, it will be easier to avoid overlooking or miscounting the values. Get efficient about doing this quickly, because on the ACT, a mode question usually has more than one part, and may ask you to combine the mode to the mean or median, or to identify a value in the context of a figure, like a stem-and-leaf plot or a frequency table.

Near and Far: Understanding Range and Standard Deviation

Whereas mean, median and mode tend to deal with the frequencies of numbers in set, range and standard deviation both represent information about distance within a group of numbers.

Range is the more straightforward of the two; it just looks at the greatest value and the least value (so you'll have to put the list in order, as you do for the median) and finds the distance — or difference — between them. "Difference" is the key here. For your calculations, subtract the least value from the greatest and voila: you've found the range.

Fun fact: Your ACT score is part of a standard deviation curve. For example, in 2019 the mean composite score was 20.8 and the standard deviation was 5.8. If you master the concepts described above, you'll have a great chance at being on the high end of that curve!

For extra help and practice questions, check out our book ACT Prep and subscribe to our YouTube Channel.