Articles / Paying for College / Will Student Loans Be Forgiven?

Will Student Loans Be Forgiven? 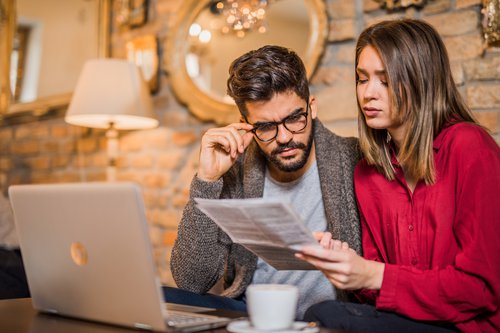 Most of us are looking forward to the New Year and the changes it will bring. The Old Year is one to forget, with its global culture-shaking events. Some of those events will carry forward into 2021, chiefly the COVID-19 pandemic, which has altered our lifestyles and our approach to higher education.

In the world of higher education, one of the ongoing and unfortunate issues that will continue after January 1 is the skyrocketing cost of higher education. I've reported on that repeatedly in past years and the constant news articles about it won't let us forget.

The main consequence of those exorbitant costs is extreme student loan debt. The majority of families can't participate in higher education without borrowing money to attend. Loan debt currently stands at $1.6 trillion, a figure that defies understanding and promises a lifetime burden for heavily encumbered students.

However, there is a glimmer of hope. President-elect Biden has promised to relieve some of that debt during the early stages of his incoming administration. While the reality of seeing complete elimination isn't assured, he did say that he would implement his student loan forgiveness plan "immediately," but has not yet committed to widespread cancellation.

I would caution members of the Class of 2025 not to lean too heavily on the hope of debt erasure as you make your enrollment and related financial decisions over the coming weeks and months. Avoid the dangerous attitude of, "Great! now I can commit to NYU's acceptance offer even though they're offering little aid and I'll have to borrow a lot. President Biden will be forgiving my loans, anyway." That's a careless approach, simply because we have no idea about the details of his forgiveness plan yet.

Like any planned, high-profile government action, loan forgiveness has attracted controversy. Let's take a look at some of what's being said about the Biden Administration's hopes to ease this huge burden for students. First, some background.

Jill Wiltermuth, writing in a Marketwatch article, notes: Cancel student debt? This chart breaks down who owes what:

Calls for canceling some portion of the record $1.6 trillion pile of U.S. student loans have ramped up ahead of a Biden administration.

Now that Joe Biden's win over President Trump has been certified by the Electoral College, spurring hopes that more lasting debt relief could be on the way … look at who in the U.S. owes the most on federal student loans … [a] small group on hook for the big bucks, but some see a need for targeted debt relief …

… [fewer] than 3.5 million borrowers owe the biggest single chunk of debt at more than $300 billion.

Each borrower in that group owes $100,000 to $200,000 perhaps after financing a medical, business or law-school degree, while the second-largest category of borrowers, at $250 billion of loans outstanding, owes more than $200,000 each …

… 14 million owe the federal government less than $10,000 a piece for their education …

Those are significant numbers. Surprisingly, upper-income households owe the majority (about 60 percent) of outstanding student debt. On the surface, this would seem counterintuitive, since logic might dictate that low-income families should have the highest need. However, need-based financial aid, particularly schools that offer to meet 100 percent of demonstrated need, has allowed many economically disadvantaged students to attend.

Wiltermuth cites a Bank of America analysis that shows:

... the most indebted households with student loans also tend to have the lowest rates of unemployment and highest incomes, "so forgiveness might be better targeted towards those with some college," or those who did not graduate," the BofA team wrote.

"The focus of any loan forgiveness program will likely be on borrowers who are struggling to repay loans." …

All this raises some challenging questions. Should taxpayers be in the loan-forgiveness business? What benchmarks exist to determine who is actually struggling to repay their loans? Also — and not unimportantly — what about those of us who have sacrificed to pay off our and (some or all of) our children's student loans? Will we be issued a refund? Hardly.

While there are some pros to relieving student loan debt, there are some viable counter-arguments. One of the more concise collections of "cons" comes from Zack Friedman in Forbes: 5 Reasons Not To Cancel Student Loans. Here's the crux of those five:

I think Friedman is asking what makes college students so special, compared to the rest of the general population, many of whom are struggling mightily with pandemic-inspired unemployment and small business losses. Those of us with mortgages, car loans, and credit card debt would love to get some relief, but that's not going to happen.

… Graduate school debt accounts for more than 40 percent of all outstanding student loan debt. This includes student loans for medical school, dental school, business school and law school. While each of those degrees can cost hundreds of thousands of dollars in tuition, student loan borrowers who hold these degrees tend to earn significantly higher income …

The above argument ties into the finding that upper-income households owe the most, according to the Department of Education (Chart 24), Bank of America Global, the Brookings Institution and the Federal Reserve.

3. Stimulus checks and unemployment benefits may be better ways to stimulate the economy

… Why? The reason is that $10,000 of student loan forgiveness does not equate to giving every borrower $10,000 in cash. Rather, with student loan debt cancellation, borrowers save an amount of cash equal to their principal and interest payments, which could result in several hundred dollars in savings per month, on average, for example. If Congress wants to stimulate the economy, Congress would be better off giving stimulus checks to every American and encouraging them to spend.

"Salvage the economy" may be a better term than "stimulate the economy," in light of what's happening in America right now, some of which will likely spill over into 2021. An influx of cash via unemployment and/or stimulus checks is a better stopgap, in my view. The spending Friedman refers to would probably go to paying for essentials like food, rent, credit cards, etc., rather than consumer goods, such as new TVs, computers, or appliances.

Count me among those who have paid their student loans in full. If Biden forgives current loans, I'll be sending my paid-in-full receipts to him along with a request for a refund.

… the day after student loans are cancelled, students will continue to borrow tens of thousands of dollars to fund their education. While a college or graduate degree generally leads to higher earnings, student loan debt cancellation doesn't address the underlying issue: the cost of higher education. Congress may be more impactful by focusing on ways to make college and graduate school more affordable.

Therein lies the root cause of the student loan issue. We shouldn't be trying to treat the fallout from high college costs; we should be fixing the source of the problem. Pro tip: Don't hold your breath until this happens.