Articles / Preparing for College / Should a Student Travel to Take the SAT?

Should a Student Travel to Take the SAT? 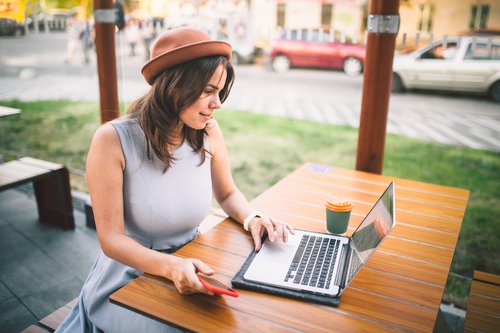 My daughter is stressed beyond stressed about the SAT. She took it once and got a 1370 but is aiming high (Vanderbilt, Northwestern, UVA, Georgetown, NYU, etc.) and wants to retake it. It keeps getting canceled in our state (Maryland) and so she is begging me to let her take it in Kentucky. We talked to someone who works at one of the colleges she's applying to who said basically "If your daughter doesn't submit a test score, that's fine. We are test-optional. But if every other applicant from her high school DOES submit a test score, we are going to wonder why she didn't, so she may want to submit a note saying why she isn't submitting test scores." This really stressed my daughter out. Should we let her take it in another state? This seems ridiculous.

If your daughter were MY daughter, I would NOT recommend that she take the SAT in another state. College admission officials are urging students to avoid this crazy practice, and I agree, especially in this case.

Your daughter would have to do considerably better than her 1370 to make her scores worth sending to the target colleges you've named, where most of the medians are nearly 100 points higher. Unless she feels certain that such a big jump is likely (e.g., she was sick when she tested the first time), then the stress she's experiencing now will likely escalate as she closes in on the test date and eyes a potentially unrealistic goal.

Moreover, admission to universities such as the ones you've listed is NOT based on test results. Sure, in the past, tests have often served as key tie-breakers among similarly qualified candidates. But if an applicant doesn't clearly stand out in the crowd in the first place due to other academic and extracurricular accomplishments and/or because of a unique background, then even perfect test results won't do the trick.

So ... if you and your daughter can scrutinize her profile and say with conviction, "Yes, this girl is truly special" (and not just to YOU ... though I'm a parent myself and know how that can be), then she will be a contender at her top-choice colleges even if she applies without test scores. On the other hand, if you aren't convinced that your daughter will stand out in a hyper-competitive crowd, then even an astronomical jump in her SATs won't help her.

What "The Dean" suggests instead is that you guide your daughter as she adds a college or two to her list that she truly loves but which isn't quite as selective as these current front-runners. When my own son was in high school, my husband and I made sure that a few colleges we visited (and promoted!) were places that would be sure-things but that also met his preferences. The upshot was that he applied to only six colleges (easy-peasy!) and ended up enrolling at one of the sure-thing schools rather than at one of the reaches (an Ivy), that admitted him, too. Even better, he heard from his college (the one where he eventually enrolled) in October, so that really took the anxiety out of his senior year.

While it's irresponsible of me to suggest specific colleges for your daughter without knowing A LOT more about her, based on the places that you said she already likes I'd also recommend that she research University of Wisconsin, University of Miami, Fordham, Syracuse, Boston University, College of Charleston, Clemson (getting hot among Northeastern kids these days) and University of Alabama (ditto). (As a Maryland resident, I assume that University of Maryland is already on the list — otherwise, I'd have put it on this one.) Some of these schools are far more selective than others, but all allot more wiggle room to their candidates to be shy of perfect than those you've mentioned.

One word of warning: If your daughter applies to colleges where her grades (and test scores, if she sends them) put her easily at the top of — or above — the median range, make sure she demonstrates her genuine interest in enrolling. It's not uncommon for colleges to wait-list or even deny strong candidates who don't seem likely to show up.

Finally, I will close with these wise words from Jeff Schiffman, director of admission at Tulane. And Tulane is another place that your daughter might consider. The acceptance rate is also low, but Tulane is well known for favoring candidates who favor them! So if your daughter decides she loves Tulane and shows it, it will go a long way toward mitigating her test anxiety, because here's what Jeff has said:

Sally Rubenstone is a veteran of the college admissions process and is the co-author of three books covering admissions. She worked as a Smith College admission counselor for 15 years and has also served as an independent college counselor, in addition to working as a senior advisor at College Confidential since 2002. If you'd like to submit a question to The Dean please email us at editorial@collegeconfidential.com.