Articles / Admissions / Should I Change the Major on My Application Due to AP Score?

Should I Change the Major on My Application Due to AP Score? 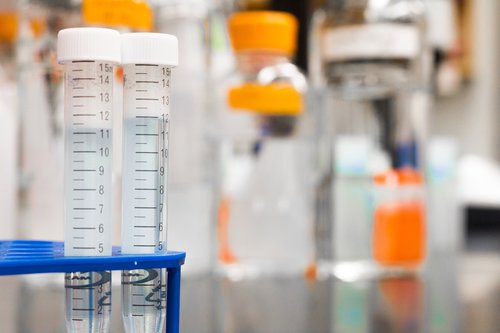 I'm a senior in high school applying to college. I was originally planning to apply as a Biology major on the pre-med track, but after getting a 3 on the AP Biology exam this year, I'm not sure if that's the major I should put down if I want to be accepted into a top 20 school. I am thinking about applying as an Economics major now, since my humanities AP scores are all 5s as compared to my 3 in Bio and 4 in Calc BC. However, almost all of my academic extracurricular activities relate to science, since I was very set on studying Biology in college during my last three years of high school. Should I apply as a Bio major to make my application more cohesive but have a low AP score? Or should I apply as an Econ major since my humanities test scores are stronger, and switch to Bio after getting accepted? Or should I just apply for Bio and not report the 3?

A purist would probably tell you that, if your heart proclaims, "Biology," you should select it as your prospective major on your applications. But "The Dean," instead, favors a bit of "strategery," as former President George W. Bush has been credited with saying (although, actually, Bush only adopted the term ironically after it first showed up on Saturday Night Live!).

There are a couple of reasons for considering alternate choices. For starters, as you've noted yourself, a 3 on the AP Bio test could work against you as a future bio major at highly competitive colleges. Some admission officials will put weight on this; others may not. But why risk it? Secondly, biology is a very common choice, and getting into an uber-selective place can often mean standing out in a crowd. So that's a strike against listing Biology, even if your AP results had been top-notch. And, since Economics is a common choice as well (and has no obvious links to your science-oriented activities), that's not a major I'd recommend for you either — at least not at application time.

I would never suggest that you select a major on your applications only because it's obscure. A choice like "Slavic Studies" or "Supply Chain Management" out of the clear blue might raise a few eyebrows in admission offices, and you could be building up a boatload of bad karma if you lie outright!

But what you can do, which may help you in the admission process and even beyond, is to look carefully at the roster of majors that each of your target colleges offers and choose one that seems to combine your interest and extracurricular experience in science with your strength in humanities. Options such as Gender Studies or Anthropology, which are widely offered, might clearly fill the bill. Even Philosophy is a sound selection for someone with a scientific bent. Better yet, if you're using the Common Application, you'll find that most of your target colleges' supplements will ask you to pick a prospective major from a pull-down menu, and here you may find some intriguing possibilities that are specific to each institution and may not turn up everywhere. Deciding on one of these areas might even send a subliminal message that suggests, "I really like YOUR college because it gives me this atypical academic option." For example, if you're applying to Harvard, you'll find "History and Science" on their menu and at Tufts, you'll see "Science, Technology, and Society" on the list.

Electing a less popular major like one of these might help you a tad in the admission process and also won't shine any spotlight on your AP Bio score. Most important, you may actually find that you really enjoy following one of these roads less traveled. And then, if you end up applying to medical school as you plan, it may be a plus again, too, when admission officials won't spot the Usual-Suspect pre-med majors (Bio, Chem, Biochem) on your application.

Of course, if you're certain that Biology is still your true love, don't settle for a different major when the choice is binding and would require some hassle to change once you've enrolled. But at almost all liberal arts colleges or in the Arts & Sciences division of most universities, you don't actually choose an official major before the end of your sophomore year ... and many students change their mind at least once, even after declaring. So the option you indicate on your application gives admission folks a sense of where you expect to head, but they fully realize it's not set in stone. (It also helps them to see if your record to date will mesh with the rigor you'll encounter in college level classes ... so that's where a middling AP Bio score could hurt you at the most sought-after schools.)

Sometimes the admissions process requires finding that fine line between authenticity and "strategery." The Dean's advice is to never be dishonest as you navigate this maze but do use this crazy quagmire as an opportunity for introspection and, as you get to know yourself better, you may discover that the most advantageous approach may also be the most sincere one.

Sally Rubenstone is a veteran of the college admissions process and is the co-author of three books covering admissions. She worked as a Smith College admission counselor for 15 years and has also served as an independent college counselor, in addition to working as a senior advisor at College Confidential since 2002. If you'd like to submit a question to The Dean please email us at editorial@collegeconfidential.com.