Verb Swap Workout for the SAT and ACT 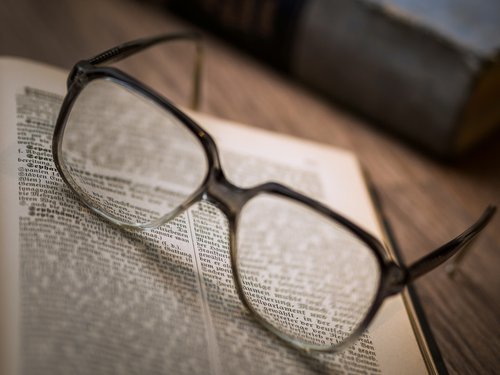 Verbs can take on a number of forms and tenses, which make them a popular testing topic for the ACT and SAT. Thankfully, the format of these multiple-choice tests provides you with a lot of clues, if you know what to look for. In short, you want to compare the underlined text to the answer choices and see what's different. This will tell you if the question is testing verbs, and if it is, whether it's looking for subject-verb agreement, the correct tense or both. Here's an example:

Lovelace quickly grasped this idea's immense potential and strove to demonstrate it. Today, her outline of the input data needed to calculate certain numbers have been widely regarded as the first computer program.

B. are widely regarded

C. has widely been regarded

There are four guiding steps to use for verb questions. Keep in mind, the purpose of these steps is to help you narrow down your answer choices, so don't be alarmed if you don't need all four.

2. Identify the subject. Your subject and verb must match: Singular subjects must be joined to a singular verb, and plural subjects must connect to a plural verb.

3. Check the tense. As they say, timing is everything. The time in which a passage takes place and the participles used must correspond with the verb tense. For example, a story about what you did last summer wouldn't use present tense verbs. Keep your eye on the non-underlined words to determine if the verb's action should be occurring in the past, present or future.

4. Be concise. Make sure there are no extraneous words in your answer. If the sentence is grammatically correct with fewer words, that's the one to choose.

First, if you look at the answer choices, you'll see that the verb "regard" is changing forms: "have been," "are," "has," and "is." Now that you know it's a verb question, you can identify the subject (which might not be in the underlined text). In this case, the subject is "outline," which is singular. "Have been widely regarded" and "are widely regarded" contain plural verbs, so you can eliminate answers (A) and (B). Step three requires you to look for time stamps in your passage. If you reread the sentence, you'll notice the word "today" is in present tense. Choice (C) has the singular helping verb "has," which is used with another verb for things that happened in the past before another past event or started in the past but still continue today. Neither of these situations apply here, eliminating (C). That leaves (D). Choice (D), which contains a singular, present tense verb, is the only option.

Take a look at another.

Although some critics of the NEH argue that the agency's spending is frivolous in an age when our country is in desperate need of spending on more concrete things like infrastructure, NEH grant money which has a positive impact on local economies.

Be consistent in your application of any strategy — skipping steps can sometimes lead to avoidable mistakes. First, confirm what's changing: verbs. Check! Now, find the subject, "NEH grant money," and determine if it is singular or plural. The word "money" is singular, even though it may be made up of a lot of bills and coins – it is what's known as a collective noun. "Has" is used with singular subjects, as in "He has red hair," or "It has spots," while "have" is plural, as in "They have a dog." This allows you to eliminate (C) and (D), which are not consistent. Finally, compare (A) and (B): "which has" creates an incomplete idea, so eliminate (A). The remaining option, (B), has, is consistent and correct.

Don't worry about having to remember the names of forms and tenses like past participle or present perfect tense: that's not what you're being tested on. Instead, stick to the plan and show that you can use your language lingo in context. This extra level of focus can really help you improve your verbal score! For more practice questions, check out our ACT Prep Premium and SAT Prep Premium books, and subscribe to our YouTube channel for weekly additional test prep advice.