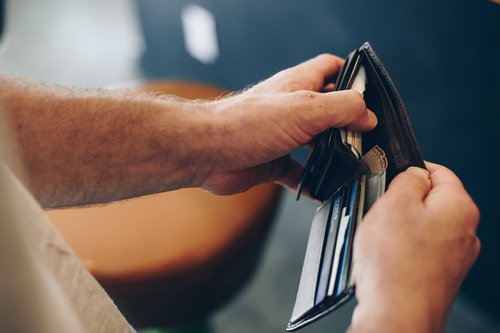 Paying for college may be one of the biggest economic challenges young people face in their lifetime. Aside from major medical emergencies, the only other big challenges that come to mind are buying a new car or purchasing a house. In some cases, colleges costs can even exceed the money you spend on both cars and houses.

That's the dramatic reality of higher education these days, and it's not getting any better. College costs continue to rise at a rate that exceeds inflation here in America. As I always say, “What's wrong with this picture?"

Consequently, the hunt for college money becomes a dreary accessory to the actual college process itself. There are the net price calculators that can generally give a ballpark estimate about how much money you would have to pay at a certain college. There's also the FAFSA process, which results in giving prospective collegians an idea about how much their families will have to pay. That's known as the Expected Family Contribution (EFC).

We've discussed merit aid and need-based aid before. Merit aid is awarded in honor of applicants' achievements, such as high standardized test scores, class rank (although this criterion is fading), or Grade Point Average (GPA). Need-based financial aid comes from colleges that have ample endowments, which can fund some or all of the difference between a college's cost and the student's family's ability to pay.

In fact, at some schools -- certain Ivies and other “elites" -- the need-based aid is so generous that some of these schools offer students who come from families with an annual income under a certain amount (around $65,000, for example) a free ride. That's remarkable. The catch, however, is getting in. The general rule of thumb is that the more generous the need-based aid a school offers, the harder it is to get in there.

Of course, special categories of students -- athletes, mainly -- don't have to worry about money most of the time. If you happen to be a championship athlete with a reasonable academic profile, you'll probably be chased by coaches from schools who have the money to support a number of athletic scholarships. The NCAA is the most prominent governing body regarding sports scholarships. Check its rules to see if you qualify.

However, you don't have to be able to throw a bullet pass, sink deadly three-pointers or come from a low-income family to score cash for college. There are obscure, sometimes substantial, scholarships out there that may be right up your alley, if you can meet the somewhat unusual qualification criteria.

Yes, it's time once again to take a look at unusual college scholarships. In the search for money to cover college expenses, students and their parents scour the internet for leads that can send financial relief their way.

High school students can take advantage of their school's internal scholarships, usually endowed by foundations, companies, community organizations or even private individuals. These awards aren't big like the major national scholarships, but they can provide money for books and other needed incidentals.

One of the more interesting categories of scholarships includes the “weird" type, targeted at extremely specific student demographics. I wrote about some of these a while ago. Since then, I found some more interesting ones, so I thought I would mention a few them here today. They appear in the article 10 Really Obscure & Weird College Scholarships by Jim Wang.

I won't mention all ten. I'll add some comments along the way. Take notes!

By way of introduction and personal comment, Jim notes some student debt numbers that reflect back on my comment about college competing with cars and houses as a significant source of debt:

According to the Institute of College Access & Success, 68 percent of graduates from public and nonprofit colleges in 2015 did so with student loan debt. Of those, the average loan debt was a staggering $30,100.

When I graduated over ten years ago, I had about that much in student loan debt and that is with the help of grants and scholarships.

Scholarships are absolutely crucial if you want to graduate with as little debt as possible but you have to be smart about it. It's hard to win scholarships if you're not the smartest kid. Or the fastest kid. Or the strongest kid.…

… If you want to win scholarships, you have to go where there are as few competitors (other students) as possible....

Ah, the path less chosen. This is where research can pay off. The major scholarships out there attract thousands of applicants. It's like applying to top schools. The competition is fierce and even if you're an exceptional student, there's no guarantee that you'll be competitive for the scholarship because of the high-quality applicant pool.

Thus, going “weird" can increase your odds. But what do these unusual scholarships look like and require? Let's check out a few of them.

I've mentioned this one before. It's one of my favorites:

The scholarship starts in early April and ends in late May, to correspond with prom season, with the Top 10 announced in mid-June and the winners announced in mid-July. The top prize is $10,000 with $5,000 going to 2nd and $3,000 going to 3rd place. Singles and Runners-Up can win thousand dollar prizes too. US and Canada residents with a few exceptions (you can live in Maryland, Vermont, Colorado or the Province of Quebec!).

The contest involves you making your prom outfit out of Duck brand duct table and will be scored on workmanship, originality, use of color, accessories and use of duct tape. Check out past winners here.

This is for crafty couples who have the talent, creativity, time and enough tape to complete the challenge. Ten thousand dollars can certainly make all that work worthwhile. Even if you don't win, your efforts can make for an amusing application essay and subtle pitch about needing money for college. Hint. Hint.

The Letterman Telecommunications Scholarship is an award of up to $10,000 for a student who has “reasonable expectation" of becoming a professional in the telecommunications industry. One of the major limitations of the scholarship: it is available only at Ball State University.

One of the more curious wrinkles in this scholarship is that grades are not a criteria [sic]or condition for eligibility or consideration. Instead, each scholarship is awarded on the basis of a creative endeavor in the form of a written project, a research effort, an audio, video, film, interactive media or similar presentation, so long as it can be clearly defined as creative in the area of telecommunications.

If you're an academic underachiever, and you have an interest in entering the telecommunications field, this could be the scholarship you've been waiting for.

For all you aspiring Ball Staters, this is something to consider. Keep in mind that former late-night talk show host, David Letterman, has endowed this scholarship. Accordingly, your scholarship application should be highly original and creative, maybe something along the lines of “My top 10 list of reasons why I should win this scholarship."

The Asparagus Club Scholarship enables you to qualify for an award of up to $8,000 (four semesters at $2,000 each). Scholarships are awarded to up to 10 students who are preparing for careers in independent grocery retail, including manufacturing, wholesaling and retailing.

To qualify you must be a:

- Earning a degree in a business, food management or other relevant courses of study leading to a career in the independent retail grocery industry

I'm tempted to say that this is a very “green" scholarship, but I won't. Business majors targeting a broad range of career paths can explore this award. I assume that “independent grocery retail" relates to students who are thinking about going into business for themselves in a food-related enterprise or perhaps working in the food industry as a marketing or sales representative. This one is definitely off the beaten path.

The deadline is typically in November and any current high school senior graduating in the spring can apply.

This is a contest that's associated with the World's Champion Duck Calling Contest and it is held in Stuttgart, Arkansas. Contestants then compete for college scholarships totaling $4,250 across four placements… so if you think you can call a duck with the best of them, the top prize of $2,000 could be yours.

This would be a natural complement to the Duck tape prom scholarship. If you won both, your classmates would quack up! Major apologies for that. It's the first day back after a holiday and my sense of humor hasn't shown up at the office yet. The real incentive to apply for this scholarship, though, is the chance to go to Stuttgart … Arkansas!

And, finally, my all-time favorite:

We've saved the weirdest scholarship for last. With all the zombie-mania gripping the land, you had to know this one was coming! The Zombie Apocalypse Scholarship is an award of $2,000 and the application deadline is October 31 – Halloween – what other day would they possibly choose?

To qualify, you must be enrolled in an accredited post-secondary education institution, and submit an online written response – in 250 words or less – to the question:

“Imagine that your high school or college has been overrun with zombies. Your math professor, the cafeteria ladies, and even your best friend have all joined the walking dead. Flesh out a plan to avoid the zombies, including where you'd hide and the top-five things you'd bring to stay alive."

How's that for really obscure?

Attention, fans of The [actual TV] Walking Dead: This is your chance to really shine. You may already have a leg up on your application, since it's likely that at least one of your teachers or classmates belongs in the cast of Night of The Living Dead.

And that's just half of the list! I like how Jim summarizes the point of these strange awards:

Think about that and do your research. You may score some cool, weird cash for college.

Scholarships Money for College Admit This