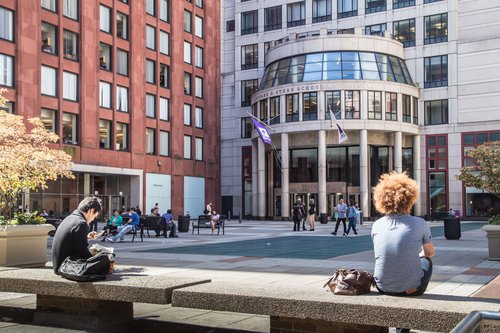 Here's a statement that may surprise you:

Not only are a majority of colleges failing to fill their new classes by May 1, the traditional target date, but they are failing to do so by June 1 as well, according to the 2018 Survey of College and University Admissions Directors, released today [September 24] by Inside Higher Ed, in collaboration with Gallup.

That's the lead sentence from Inside Higher Ed's article, The 2018 Surveys of Admissions Leaders: The Pressure Grows.

You may have seen my post from Sept. 11: A Higher Ed Sea Change Could Impact Your Degree Decision. That's where I discuss the shifting sentiments about the need to get a college degree in order to be happy and successful in life.

This new report puts the emphasis on the term “sea change" and reveals some facts that should be considered by both high schoolers and their parents. Accordingly, I thought I would share a quick overview of the report's chief points, along with some of my own subjectively opinionated observations. Blogs are great for trumpeting opinions.

… The survey is based on responses from 499 people who are the senior person in admissions or enrollment management at their institutions. Admissions directors were given complete anonymity, but their institutions were tracked to allow for sorting by sector. This year's survey shows continued pressure on colleges -- in an era when missing enrollment targets can be devastating to institutional finances -- to enroll a class that meets their goals. …

That phrase, “... missing enrollment targets can be devastating to institutional finances …" is key. It's not unlike government, when taxes aren't sufficient to cover expenditures. What's the fix there, in most cases? Of course: Raise taxes, which, in the higher education world, translates into “raise tuition (and other fees)."

I imagine that being “the senior person in admissions or enrollment" isn't a cushy job. The buck for filling those dorm room beds stops squarely with those whose job it is to bring in those enrollment commitments. How to do that is an industry in itself, with myriad companies and consultants knocking at college administrators' doors with the latest and greatest solution to those empty dorm room beds.

Thus, being an upper-level enrollment person is like being a baseball manager with a one-year contract. You're only as good as your last season. If you didn't make the playoffs, you may be asked to take a hike. That's why I don't think there are long-term employment contracts -- or golden parachutes -- in the world of enrollment management.

At the top of article author Scott Jaschik's report is a kind of executive summary of the report's key points. Here's a brief look at some of them, along with my comments:

- Many college admissions leaders believe that the recent decision by the University of Chicago to end its SAT/ACT requirement will prompt other colleges to follow suit. And a majority believe that the emphasis on testing in admissions discussions discourages students from considering colleges where they could be admitted and thrive.

Here's a definite sea-change element. Not only are colleges under increasing pressure to make their admissions process more applicant friendly, many times against their better wishes, but also the College Board (CB) and Educational Testing Service (ETS) are starting to lose their stranglehold on their standardized testing monopoly.

The tide started to go out on CB/ETS with the surging acceptance of the ACT, which has been increasingly viewed as a substitute for CB's Subject Tests. Add to that …

- A majority of college admissions leaders do not value the writing tests on either the SAT or the ACT and believe that better ways exist to evaluate the writing skills of applicants.

Some colleges are asking applicants to provide teacher-graded papers as part of their writing adjudication process. As my College Confidential colleague, Sally Rubenstone, aptly noted in a discussion we had about this:

“I think that the graded-paper requirement is only partly to gauge the quality of a student's writing … its purpose is to try to get a sense of the demands of the high school, especially when the school isn't known to the admission committee. So if a superficial or insipid essay … earns an A and a teacher's praise, it gives the admission folks a sense of how high (or low) the bar is set in that high school ... or at least in just one class in the school. The problem with that [SAT/ACT] essay in the past was that it was graded by such a random assortment of readers that there was too much subjectivity and too little consistency in the scoring. …"

In my view, the failure of the SAT/ACT essay is justified. I believe that it was a poorly executed, purely marketing-oriented ploy to give those tests the appearance of improved pertinence and usefulness. That didn't happen, obviously.

The survey found the following

- Almost half of college admissions directors said they believe some colleges hold Asian-American applicants to higher standards for admission than they hold other applicants.

- Thirty-nine percent of admissions directors said that, at their college, Asian-American applicants who are admitted have higher grades and test scores than do other admitted applicants.

The current, ongoing US vs. Harvard investigation and trial regarding Harvard's alleged discrimination against Asian applicants has particular relevance here. The outcome will produce significant fallout. My own prediction is that colleges, especially so-called “elite" schools, will become much more sensitive about how they handle Asian applicants. Whitecaps on the ocean waves!

And now, for one of my personal pet peeves:

- More than two-thirds of colleges admit less than five percent of their students from waiting lists -- even at a time when college waiting lists seem to be growing. Most admissions directors believe that waiting lists are too long.

Add me to that two-thirds group. I've discussed this in past blog posts. In my view, the wait list has become a tool to placate, as much as is possible, those alumni whose offspring don't quite cut the mustard of admission requirements. Being wait-listed doesn't carry the sting of an outright denial, so peeved alumni whose sons or daughters have been neither accepted nor rejected hold out at least some hope while they advise their child on enrollment elsewhere. It's a kind of easy letdown, the purpose of which is to ultimately say no to an unqualified applicant while still maintaining a hopefully positive relationship with an alumnus giver. That, of course, carries us right back to “institutional finances": The ever-circular bottom line.

- College admissions leaders see rigor in Advanced Placement courses but worry that students feel pressure to take too many of them. (See related article.)

In my work as an independent counselor, I've seen students who have taken 12 (yes, that's right -- a full dozen) AP courses. Along with their ECs and other school-related commitments, I have two questions about these students' lives: (1) When do they sleep? and (2) Do they have lives outside of classes?

Also, I'm not that impressed with the claims that some schools make about graduating early if you come in with a basket filled with APs. I've known heavily AP'd students who came up against various technicalities that not only nullified their early graduation chances but also implied that the time, effort and expense involved with AP courses was far from cost effective. The glitter of AP college credit is not always early graduation gold, so to speak.

- Most college admissions directors are satisfied with their customer relationship manager systems, but they don't have as much confidence in their social media strategies.

I have to laugh when I see the phrase “social media strategies," especially in relation to college marketing. The promotional attacks on high schoolers' social media are akin to a World War II bombing campaign. Colleges are the heavy bombers taking aim at the students below.

In an article about the collegiate leaders in social media strategy -- The Stars of College Social Media-- BestColleges.com notes:

The future of higher education isn't always clear, but one thing is certain: Technology and social media will play an important role in the way colleges and universities communicate with students and share information online. Today, the savviest schools are using social media platforms to reach students at every stage of their academic journey, from applications to enrollment to graduation. Far beyond simply sharing campus photos or school events (though these practices feature prominently on most school's pages), modern colleges and universities have learned from other industries about the power of branding and digital marketing, using social media to attract students and keep them engaged throughout the course of their education and beyond.

The schools on this list represent the cream of the social media crop in the world of higher education. Moving away from the stuffy reputation of academia, these schools are fluent in the modern vernacular of emojis, retweets, and hashtags, sharing content that's both engaging and informative. The smartest schools on the list have even figured out ways to harness their own students' usage of social media to create a stronger profile for their institutions at large, in turn drawing in more students....

So, high schoolers, if you haven't already experienced any of this, get ready for a tsunami of retweeted hashtags loaded with emojis. Maybe you should take a moment to reset your spam filters' parameters. That would be time well spent.

I've just skimmed this survey, which is quite enlightening. Take some time to dig deeper into it. You may be surprised about how much the seemingly staid world of higher education is, these days, actually like a long-dormant volcano that suddenly comes to life.

If you're a high school student heading to college in the year (or years) ahead, you should be aware of what seismic forces are at work. Don't look now, but there may be a lava flow headed your way!