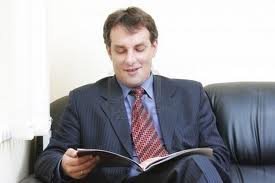 I guess if you say the title of this post fast, it could sound like "Moron Essays." Trust me; I've seen some moron essays in my day, but the sample I'd like to share with you today is far above the moron class. In fact, the writer of this essay was admitted early to one of The Big Three Ivy League universities. The writer has generously given me permission to share his effort with you. Thus, you should be able to see the advantage of using not only picturesque imagery but also one of my favorite essay elements: humor.

You see, put yourself in the shoes of an admissions officer at a highly selective (let alone "elite" (whatever that means)) college or university. They face a seemingly endless mountain of applications, each with at least one major essay that needs to be read and evaluated. When I coach application essays, I try to impress upon the writer to keep in mind one of the BIG Golden Rules of essay writing: Make yourself memorable. If you can make an admissions officer laugh, or even smile, there's a decent chance that s/he might remember you when it comes time to "make the cut" for acceptance or denial, all other things being equal (meaning that a humorous essay alone won't do much for you if the other elements of your application aren't competitive).

Anyway, I hope you can see from the following sample how a little humor and vivid imagery can bring an essay alive. I can't testify about the effect that this essay had on the admissions staffers who may have read it. However, I'm sure that there may have been a smile involved somewhere along the line. There certainly were a lot of smiles when the writer's admission decision arrived. That's the goal: to get in. So, let's see how this essay may have opened an Ivy gate.

This was the essay prompt: In the space below, tell one story about yourself that would best provide us, either directly or indirectly, with an insight into the kind of person you are. For example, the story can simply relate a personal experience, or a humorous anecdote; it can tell about an especially significant academic encounter or about an unusual test of character. The possibilities are unlimited (well, almost so). You choose. Just relax and write it. (Remember, Lincoln's Gettysburg Address was only 272 words.)

Here's how our writer responded:

Once upon a time, I thought I knew it all. Now, though, I realize there's a universe of knowledge yet to obtain. When did I come to this revelation? Well, it wasn't some brilliant epiphany flashing before my eyes in the shower one morning. It was, rather, a slow, humbling process, at once frustrating and necessary. So there I was, cruising along, a kind of God's Gift to Academia. Then came the speed bump known as the Pennsylvania Governor's School for the Sciences (PGSS): five weeks of mind-crushing science studies at Carnegie Mellon University. The strange part? I loved it.

Getting into PGSS is almost as hard as going through it. Would it be an intellectual heaven or an academic hell? I had no idea what to expect as my parents and I headed out that Sunday morning in late June. "Farewell friends. Farewell guitar. Farewell summer," I mourned as the tar strips clicked off under our Civic's tires. "Camp Saskatchewa here I come." Funny thing, though. From my first moment there, I knew this was not summer camp. The intellectual brilliance fairly crackled in the air, arcing over the very dorm where we were to live. And my bags weren't even unpacked.

By Day Two, I was plunged into an academic program the intensity of which I'd never known: lectures for breakfast and lunch, from 8:00 a.m. to 2:00 p.m., followed by three hours of lab time or team project work. The team project--the hub of PGSS--lasted a full five weeks and culminated in a formal research report (which I have attached elsewhere in this application) and a presentation to the entire faculty and student body. It was a turning point, pushing me to (and beyond) the limits of what I thought my brain could accommodate. I'm especially motivated by physics, so I chose that discipline for my project area. Besides, the topics just seemed more valuable and unique.

We called ourselves Team Chaos: Ellen, Oren, Tom, and Zane. The focus of the project was chaos and chaotic motion. I'm no stranger to chaos, a fact to which my bedroom closet bears witness. I pegged Ellen, a tall blond, immediately; she was the workaholic, the die-hard, the one who went to the library that first night and brought back six books on the study of chaos. Ellen's antithesis was Oren, a brilliant albeit laid-back, sandal-wearing lover of punk rock. As I contrasted Ellen and Oren, visions of Team Conflict danced in my head. Tom, like me, lay somewhere between the two poles of what Ellen and Oren represented. That comforted me for the moment.

We got the research done. Sometimes it was messy (yes, even chaotic) and there were more than a few squabbles about who was going to work on what. But the work got done. Tom and I would watch Ellen yell at Oren who would often fall asleep which would in turn inspire Ellen to start tearing at her hair. The circle of conflict was really quite amazing. As the tensions and fatigue escalated sharply the week before our report was due, I wondered what I had gotten myself into. I would fall exhausted into my bed (usually around 4:00 a.m.) and dream of sleeping until noon. I would actually dream about sleeping. Another recurring dream was one about living a life that didn't require thinking about chaos. There's a deep psychological principle in there somewhere, but I have no idea what it is.

Then I lost the disk. Why me? In thinking about it now, from a distance, I guess the reason I had control over the disk that contained our report was because I type very quickly. During that frantic final week, we had to collate mountains of research data into a coherent report and presentation. I inherited most of that task. Late nights grew later and later until I was spending all night at the computer center. When did it happen? Who knows? I'd really like to blame it on lack of sleep. I really would. At any rate, I had to search through a garbage can on my hands and knees, foraging for any old work I had tossed. I found a few pages. My sanity was pulled back from the edge of the abyss. And work began again.

There comes a time in everyone's life, I believe, when all seems futile. That time came for me one weary night/morning when I sat dazed and reeling before my computer-cluster monitor. The Chaos report had metamorphosed from mere paper into a Matterhorn of maddening frustration. I felt worthless and weak before its shrouded peak; for the first time in my life, I truly felt at the end of my rope. Then I looked around me for the first time in hours. Ten other numbed and barely functioning PGSS compatriots sat similarly before their screens, contemplating their personal Everests. It wasn't just me, or this project. We were all in this together.

Humility does wonders for one's focus. The strength came from somewhere to finish our report that night, all 30 pages. The research aspect of our project was intriguing, but the real learning came from the process. I was cleansed by the fire of dozens of sleepless nights. I found out how far I could push myself and that the seemingly impossible task can be achieved. Yes, once I thought I knew it all, but I emerged from that refining fire a different person, one who humbly realizes there is still much to learn, not only about science but also about life.

My favorite part of this essay is: "I would actually dream about sleeping. Another recurring dream was one about living a life that didn't require thinking about chaos. There's a deep psychological principle in there somewhere, but I have no idea what it is."

My feeling is that the admissions rep who was advocating this applicant's case got a chuckle (or even a LOL) out of that. If so, s/he no doubt transferred that smile into the envelope that carried the good news to the writer. So, don't forget to make yourself memorable!