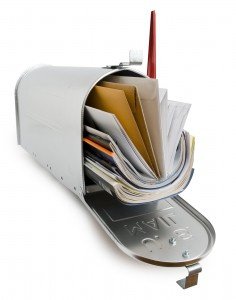 T. S. Eliot wrote that "April is the cruelest month." When it comes to disappointing Regular Decision (RD) college application results, that certainly can be the case. However, for Early Action (EA) and Early Decision (ED), December can be quite sadistic, too.

For those of you who applied early to a college (or multiple colleges), you had your applications in sometime in November (or even a bit earlier, for those of you blessed with OCD). So, as of this writing, here we are in mid-December. Many of you early applicants may have already received your verdicts. Some of you may still be waiting for one of three possibles outcomes: accepted (!), deferred, or denied.

From my point of view, being deferred is the least desirable of these three options. Why? Well, it's a form of lingering agony, a kind of purgatory (just like being waitlisted in the spring). You're not in and you're not out. At least with a denial, you can feel badly for a day or so, and then move on without looking back. It's a kind of amputation from your dream. It's a clean break that allows you to move on, rather than wallow in uncertainty, the way a deferral can inspire you to do. Let's face it, we have only a certain amount of energy in our lives, and I would rather focus what's left of that on better odds. A deferral can often mean that your chances of being admitted in the spring are dismally low, especially at so-called "elite" schools, such as those in the Ivy League. So, I say don't look back at a December denial but, rather, gather your strength to focus on those RD apps that you may have been holding in reserve as a (sensible) contingency.

In any event, how should you deal with less-than-good college admissions news in December? Let's take a look at some sensible approaches in dealing with a disappointing December outcome.

When you play the high-stakes game of elite college admissions, sometimes you may lose. Rejection comes with the territory. It can hurt badly. The good news, though, is that things seem to tend toward working out for the best, most of the time.

My experience has shown me one thing for sure: There are no sure things. Much of life is a series of carefully—and sometimes not so carefully—considered ventures. Quick-and-dirty folk wisdom tells us to "Do our best and good things will happen." Sure, that's neat. Many of us, though, suffer an excess of after-the-fact self-criticism. "If only I had done [this] or [that], things would have been different." Those are words of torment. We can second-guess ourselves until the Mother Ship arrives, but it won't change reality.

The great composer Beethoven, when faced with inevitable deafness and an onslaught of physical ills, clenched his fist and proclaimed, "I will seize Fate by the throat." And he did. He went on to tremendous things. I know, I know, you're not Beethoven. However, the message here for high schoolers considering the serious challenge of applying to super-selective colleges is that much of your likelihood for success lies not so much in winning a wrestling match with Fate as it does with creating a savvy plan.

So, You Got a College Rejection Letter? Don't Feel Dejected

Getting a rejection (a.k.a. "denial") letter from a college or university doesn't make you a failure. Unfortunately, some high school seniors see themselves in a less-than-positive light when they read the bad news from a highly desired institution. Dealing with rejection is difficult. Most high schoolers tend to take being turned down by a college or university on a personal level. They seem to think that the letter from the admissions office is really saying something like, "You are deficient and we don't want to have anything to do with you." Nothing could be further from the truth.

The truth is that, in a lot of cases, some denied students could have performed as well, if not better, at these colleges than those who were accepted could. This isn't a rationalization or sour grapes. At schools where there is a significantly larger number of applications than seats (essentially those schools whose acceptance rates are 50% or less), there just isn't room for all the qualified applicants. This fact is borne out by the so-called Waitlist. A waitlist comprises a group of "in-betweeners" who haven't been denied but haven't been admitted. They will be offered admission if the number of enrollments doesn't meet expectations for the incoming freshman class. One well-known dean of admission said that his institution receives so many outstanding applications that he doesn't have the heart to send rejection letters to all the non-accepted applicants. He noted that placing these fine young men and women on the waitlist is his way of saying, "We should have admitted you, but we didn't have room."

Such is the case with many good colleges. Everyone who is good enough to get in isn't always offered admission. Take a little time to feel disappointed about not getting into your most-desired school(s). It's perfectly natural to feel bad. Don't dwell on it, though, and don't develop an obsessive attitude about it. Don't hate those schools forever. Don't view successful candidates at those schools as elitist snobs. Accept the fact that you didn't make the cut-for whatever reason-and get on with your life. Embrace those schools that have embraced you. Select the one that best suits your needs and prepare to have a great higher education experience. Yes, there is life after rejection, but how can you head off rejection at the pass?

"Spread the Risk": Leverage Your Competitiveness

Shakespeare said, "Know thyself." That's good advice in general and great advice for college applicants. Your college-application strategy should begin with an honest appraisal of how you stack up as a competitive applicant. A frank assessment early on can save you much rejection grief down the road. How can you do this?

The first step is to develop a reasonable list of college candidates. This may be old news to some of you, but it's surprising how many seniors overlook the obvious advantages of "spreading the risk" by creating a candidate list that is ridiculously top heavy. A typical top-heavy list might include the usual suspects: Harvard, Yale, Princeton, Stanford, MIT, Williams, Amherst, Swarthmore, and so on. Sometimes candidates will throw in a hastily picked "safety" just in case. A spread like this is way out of balance.

However, if your overall profile compares favorably with those of admitted first-year students at your candidate colleges (information usually available on college Web sites), you'll know that you at least have a chance. As I mention above, though, don't just go by numbers alone. There are also the essays, your recommendations, your application packaging (marketing extras), and those ever-present (or never-present) intangibles. These can make a significant difference.

The best way to deal with rejection is to minimize the number of schools from which you might be rejected. That seems obvious, doesn't it? You'd be surprised how many seniors load up on low-percentage candidates. Notice that in this paragraph's lead sentence, I said "minimize" rather than "eliminate" the rejections. I believe that every senior should include some risk candidates (usually referred to as "reach" or "stretch" schools). The unpredictability of elite admissions is such that sometimes even apparently marginal candidates get in. There's no reason why you couldn't be among that group.

The classic "spread" consists of a handful of reach candidates, some carefully considered "ballparks" (a.k.a. "target") schools, and a-once again, carefully chosen-safety or two. How, then, should you think about spreading your candidates for maximum effect?

I like to see a minimum of five-to-six colleges on a candidate list-two reaches, maybe three or four ballparks, and a safety or two. Your list should not be HYPSM plus your local state university. That's just irresponsible and foolhardy planning.

Appeal those College Deferrals (and Waitlists in the Spring)

Being deferred is like holding your breath for more than three months. Ending up on a waitlist is like going to purgatory. Nevertheless, you do have some active marketing options available to you, which I'll explain in a moment. These can accomplish two things. First, this structured approach to promoting yourself and your position will help time seem to pass more quickly. In the case of deferrals, you'll be waiting up to three-and-a-half months to find out your fate. If you're just going to sit and wait, doing nothing, these months can seem endless, especially if you live in a cold and snowy climate where there's a conspicuous lack of sunshine. Snowy weather sometimes seems to hang on until July.

If you are waitlisted, you'll have to make a fundamental decision: Do you want to stay on the waitlist or pursue other options and enroll elsewhere? Since, in most cases, there's no concrete termination point for your waitlist uncertainty, the lack of closure can be maddening. Your self-marketing actions to get off the waitlist and onto the rolls of accepted applicants will help you in another crucial psychological way. Once you've followed this self-marketing plan and you're still on the waitlist, you can then withdraw and look elsewhere with peace of mind. Why? Well, if the actions I'm about to describe don't have any positive effect on your status, I can almost guarantee you that-barring a miracle-you wouldn't have been accepted anyway. It's important to bring closure to your college process within a reasonable amount of time-for everyone's sake: yours and your parents'.

I'll have some more thoughts about this cruel month of December in my next post, so watch for that. In the meantime, see how others are reacting to their December outcomes on the College Confidential discussion forum. Bottom line: You're not alone.