HS Counselor Shares His Views on This Year's Testing Environment 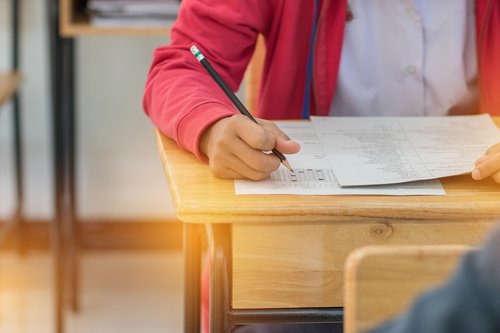 It's great to see the march toward test-optional admissions continue, particularly with the College Board's announcement earlier this week that online SATs won't happen as originally planned. To those colleges still holding onto testing for the class of 2021, I'd like to share the following.

What you won't see is the anguish of some, who didn't hear their March test center was cancelled, so they drove to the school that morning and were confused and frustrated. Or the compounding frustration of those students when they found out that in other states, kids took the test.

What you won't see is the hour online trying to switch registration to June, wondering if the test prep class that led up to the March test should be repeated. The time on College Confidential trying to figure out if jettisoning the subject tests you'd planned for June will hurt at the dream school.

Sure, you're getting fewer AP scores and subject test scores, but you'll see that 1410.

What you won't see is the decision to add the June ACT, in hopes of getting a test, any test. You won't see the kick in the gut when the June SAT is cancelled. "Sure, lots of colleges are going test optional, but not my dream school. I should've taken the SAT last November. I blew it." You won't see the daily hope of "they haven't cancelled the June ACT, maybe it'll be on!" And have that hope gradually transform into "No way they can hold the ACT in June right? But the website says it's on, so I'll keep studying I guess." "The college counselor telling me there's almost no way the June test will happen, but my parents say it's not cancelled yet, so I'll keep studying."

You'll be able to sort applicant spreadsheets by the SAT, to run mid-50% reports, and you'll see your reading process go as normal.

What you won't see is the student of color in the Bay Area whose world was torn apart in late May/early June. Who protested, organized and fought for social justice. Who finally came up for air three weeks later to realize that there were no seats left in a three-hour radius for August, September or October.

You'll see that 1410, and you'll think "Well, we did it, we held our ground and were right in the end. The students could test."

You won't see the student scoring 200 points lower than she does on practice tests. Four hours in a mask is throwing her off her game, and the student behind her keeps coughing. She needs to use the restroom but doesn't want to touch all the doors it would require to get there. It's all so distracting. And sadly, this was the only test before ED deadlines that she could find.

You won't see the student behind her who is coughing. He's had a cough for two days, a mild fever for one. He feels guilty for being at this test, but it's his one shot, and it's his dream school. So he takes the test, and hopes it's just a regular flu.

Turns out it was coronavirus, he gives it to eight other students in the room, who are asymptomatic, so they continue to see their grandparents, continue going to school and restaurants, and it's only weeks later when contact tracing brings it back to this coughing student that morning. He got that 1410 for you. Are we sure it was worth it?

Apologies if that's a bit melodramatic, but this spring has been hell for these students, and fall may be worse, when it comes to testing stress. As I write this, I'm seeing Facebook posts that there are big problems with fee waivers working on this first day of full fall registration. In other years, it would work to just give up for now, and try again in a few days. This year, with so few seats, not getting it resolved tonight might mean one less test a student can take. For the fee waiver kids. That's on the College Board, not colleges, but that fact that students are still desperate to get a seat, anytime, anywhere, is on the colleges.

To test-optional colleges: I applaud you. But know that in many cases, that's not going to be enough to make this fair. My hope is that you all become experts on which regions filled up, and on how superscoring can move testing up with each test. You simply can't look at a 1400 and say that student is stronger than one with a 1350 (I mean, you never really could…) without knowing how many times they took the exam, when they took the exam, how many times they would've liked to take the exam, what it's like taking the exam in a pandemic, in a mask, in more stress than any young person should see. In going test optional, you will still use scores for many students, and you need to use them with more care than ever before.

Please talk to students and college counselors who are living this slow-moving testing train wreck every day. It doesn't have to be this way, but you hold all the cards here.

About the writer: David Rion is the director of college guidance at the Loomis Chaffee School. He joined Loomis Chaffee in 2018 after spending the previous eight years as the director of college counseling at Sonoma Academy in Santa Rosa, Calif. Prior to that, he worked in the admissions offices of Brandeis University, Boston University, Pomona College and Occidental College.

David Rion is the director of college guidance at the Loomis Chaffee School. He joined Loomis Chaffee in 2018 after spending the previous eight years as the director of college counseling at Sonoma Academy in Santa Rosa, Calif. Prior to that, he worked in the admissions offices of Brandeis University, Boston University, Pomona College and Occidental College.