College Admissions: Not Getting What You Want

Oscar Wilde said, "There are only two tragedies in life: one is not getting what one wants, and the other is getting it." Typical Oscar Wilde.

Well, it's that time of year again. We're on the cusp of the big Common Notification Date, which, for the Ivy League, is, "usually in late March or early April, applicants to the Ivy institutions will be notified of admission decisions and financial aid awards, unless they have been notified earlier under Early Decision Plan or Early Action Plan procedures. (Letters are mailed beginning in February for the Schools of Hotel Administration, and Industrial and Labor Relations at Cornell, and beginning in February for the School of Nursing at Penn.)" Get all that?

Many non-Ivy colleges have already dispersed their decisions, which denoted acceptance, denial, or waitlisting. If you have already been accepted, congratulations! If you have experienced the first of Wilde's mentioned tragedies, my condolences. And, if you have been waitlisted, welcome to Purgatory, not a comfortable place to be. However, the point of my message today is to address the psychology of that first tragedy: not getting what we wanted. 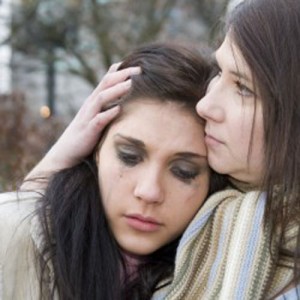 For those of you who have been denied, and for those of you who will be denied at your first-choice "dream" schools, I have some wisdom for you, courtesy of my advanced years and lifelong experience. (Feel free to take notes.) It all boils down to a simple statement: The best outcomes of my life eventually came as a result of not getting what I wanted at the time. Trust me on this. The same can very likely happen to you too. So, how should you think about not getting what you wanted?

Here's what to keep in mind: Getting a rejection letter from a college or university doesn't make you a bad person. Unfortunately, some high school seniors see themselves in a less-than-positive light when they read the bad news from a highly desired institution.

Take a little time to feel disappointed about not getting into your most-desired school(s). It's perfectly natural to feel bad. Don't dwell on it, though, and, by all means, don't develop an obsessive attitude about it. Don't hate that school from this moment on. Don't view successful candidates as elitist snobs. Accept the fact that you didn't make the cut--for whatever reason--and get on with your life.

Embrace those schools that have embraced you. Select the one that best suits your needs and prepare to have a great higher-education experience. Yes, indeed; there is life after rejection.

So, I'll say it again, at the risk of quoting myself a second time in the same article: The best outcomes of my life eventually came as a result of not getting what I wanted at the time. Keep this in mind as your admission results arrive.

Can an Early Decision Candidate Apply Elsewhere Via Early Action?

I am applying Early Decision to Rice. Can I apply Early Action to other colleges?

Do all the other schools know what your early decision/early action school was? Does this play a role in whether to admi…

Switch to Early Decision After Applying?

My son wasn't positive about applying early decision prior to the November 1 deadline, but has become more committe…

Early Decision or Early Action? How Do We Choose?

Question: My daughter has a well balanced list of 10 colleges. How do we decide if she applies Early Action or Early Decision? I …