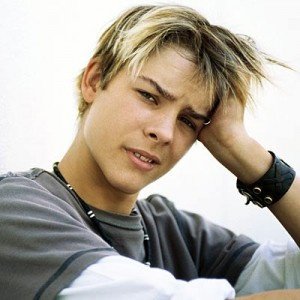 Right off the bat, we'll have to define the Tufts Syndrome. A Web search reveals this definition (from no less an authoritative source as the Urban Dictionary), which notes the Tufts Syndrome as being displayed by a "School that rejects top applicants because it realizes top applicants are unlikely to enroll." Wikipedia further explains the Syndrome as a function of admissions yield, which is the percentage of admitted applicants who actually enroll. "Yield protection is an alleged admissions practice where a university or academic institution rejects or wait-lists highly qualified students on the grounds that such students are bound to be accepted by more prestigious universities or programs." Incidentally, Tufts is located in Medford, Massachusetts, a Boston suburb.

Although Wikipedia uses the term "alleged," many high school seniors strongly believe that colleges beyond Tufts incorporate this philosophy as part of their regular admission practices. If you are a high-performing high school senior who has applied to a broad range of schools, according to the tried and true Reach, Ballpark, and Safety approach, you may wonder about the veracity of Tufts Syndrome once all of your admission results are in this spring. Your pondering may be due to the fact that you were either denied or waitlisted by a school where your overall academic and extracurricular profile is at least as strong as those listed of the school's admitted-applicants report.

In my experience as an independent college admissions counselor, I have seen this apparent (we can never truly know the real reasons a qualified applicant is not admitted) Syndrome at work in such schools as Washington University in St. Louis (WUSTL). The central issue seems to be "demonstrated interest." That refers to an applicant's interaction with the a school's application process and, in my experience, especially the admissions staff itself.

Let's explore the Tufts Syndrome a bit further and see what current students and parents have to say about it.

From my perspective, demonstrated interest comprises several levels of obvious enthusiasm expressed from an applicant to an admissions staff. Maybe the most obvious expression of interest in a school is the campus visit. One has to wonder why an applicant wouldn't take the time to visit his or her prospective college. A campus visit also opens the door to contact with admissions staffers, especially if on-campus interviews are offered. Visits enable interaction with faculty and campus organizations. These contacts can be valuable when crossing over into follow-up contact with admissions officers.

For example, let's say that you have made a campus visit and sought out a faculty member in the school's creative writing program. You met with the professor and asked sensible questions and had a chance to get to know the pulse of that department. As a follow-up then, you could express your enthusiasm for creative writing with that school's admissions representative in a message or in your mid-year report. It really doesn't matter how you follow up, but rather that you do follow up. Your contact will be noted and seen during your application's review. You don't want to be merely one of thousands of ignominious Common Applications, buried among all those others whose submitters failed to distinguish themselves due to an obvious lack of demonstrated interest.

To add more fuel to the Tufts Syndrome fire, let's see what some posters on an interesting College Confidential discussion forum thread have to say. The thread is Victims of the Tufts Syndrome: a lack of demonstrated interest? Here are some highlights:

- I always thought that the tendency of a school to exhibit the symptoms of Tufts Syndrome was best correlated to the weight it places on demonstrated interest. Perhaps there are schools where demonstrated interest doesn't matter and are still, somehow, afflicted by the sickness.

A school afflicted with Tufts Syndrome is a college that, while not being a reach-for-anyone college, waitlists or rejects "overqualified" students, in an attempt to protect yield.

Are there other factors to take in account when assessing the vulnerability of a school to the TS? I know that most non-holistic schools are not afflicted.

- I still can't shake the feeling that demonstrated interest correlates to the tendency to waitlist or reject well-qualified students for no apparent reason (again it cannot apply to reach-for-anyone colleges, like modern-day Tufts) more than any other factor...

- But sometimes a lack of demonstrated interest in a college can kill a well-qualified student's chances for that college...

GWU and WUSTL (maybe UF?) seem to be schools that would prefer to admit less-qualified people who were genuinely interested in a school and put more qualified people without demonstrated interest on the waitlist or even outright reject them if they had a motive to do so.

- I don't believe for an instant that the process should take the kids with necessarily the best stats first, and few of the more selective schools, certainly not the smaller ones, will operate that way. But no one can really guess where a student will be accepted. To out and out say that the top X kids,, we'll auto waitlist is taking the wind out of the holistic process sails. It's not good for the school doing this either, for reasons I 've stated before. You can get away with it short term and get some jumps in the ratings, but when the word gets out, the school's integrity is on the line.

I was on a college tour a few years ago at some LACs like F&M and there was one young man who really stood out as being so condescending and disinterested that it was rude. He made it a point (I heard him twice) to let people know that this was his safety school and that he was applying to see if he could get the merit money, and some other remarks that were not ones to make on a college tour of a place. His dad echoed him but in a less condescending way. Yes, if I were the Adcom and I noted this sort of behavior, it would be a strike against him in the admissions process regardless of what his application quality. I noticed he went for an interview and wonder how that went.

- For those of you who are avid readers and are even more curious about this topic, here are a few past threads on Tufts Syndrome:

from the Tufts forum:

- We sat through two Beloit Open House presentations where the admissions director said, to paraphrase: we don't accept all our A-student applicants; we're looking for "fit". Both times it sounded more like "we're looking for love", for students' demonstrated interest in attending Beloit and weeding out those pesky "safety school" candidates. Beloit does tend to be an A/A- student's "safety", and town of Beloit can be a rude surprise for accepted students who've not visited campus beforehand.

- Demonstrating interest is not going to guarantee acceptance anywhere, but failing to show interest is likely to lead to the wait list, for a qualified applicant at many LAC's.

So, if not "beware the Tufts Syndrome," at least be aware that, as one poster above noted, many colleges are "looking for love." Of course, love alone will not get you in. You need credentials and qualifications. To me, it's just common sense. In today's shotgun application atmosphere, a genuine expression of your motivation to attend a school can go a long way to compensate for a slightly less-than-stellar profile.

Check the calendar to see if there's still time for you to demonstrate your interest. You'll be glad that you did.