Generally, I'm not big on cute acronyms, but I thought I would coin one (the one in my title above) to set the tone for my opinion piece today. I've been an avid observer and professional/parental participant in all things higher education for going on three decades now. At this advanced stage of my observational participation, I'm convinced of one thing: the higher education system (perhaps better said as "industry") is heading for a major crash and culture change. Thus, B.R.O.K.E.N. -- Berry's Ruminations On Killing Education's Nexus.

So, what's killing it and, perhaps more importantly, what the heck is a "Nexus"? Well, to answer that second question first, a nexus (as described by TheFreeDictionary.com) is "A means of connection; a link or tie" (maybe a ladder to higher learning) or "The core or center." Therefore, the nexus of education, at least for the purposes of this opinion piece, is America's higher education system, which is the core or center of tens of thousands of high school students' and their families' focus every year here in America.

What's killing it? That's easy: unaffordability. Granted, there will always be those who can afford it, or as the assassin, Joubert said in Three Days of the Condor, "Someone is always willing to pay." However, the staggering student loan debt in this country speaks to the simple fact that far more are willing to go into debt, sometimes a lifetime of debt, in order to gain entrance into those (at least for now) hallowed halls of ivy. I won't burden you here with the familiar data that show how college costs have far outstripped inflation and even medical costs across the decades. You can take my word for it or, as legendary Yankee manager Casey Stengel use to say, you can "Look it up!" 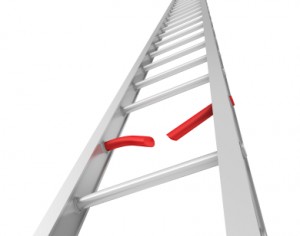 What inspired my rant today was a link to an article mentioned by Roger Dooley, whose world-class neuromarketing blog has broken, so to speak, new ground in understanding how our brains can make us buy stuff, to put it mildly. Anyway, the article Roger referenced is The Real Winners of the Coming Revolution in Higher Education by Bruce Guile, president and co-founder of Course Gateway, an online education consultancy, and David Teece, executive director of the Institute of Business Innovation at the University of California, Berkeley’s Haas School of Business. The keyword in the article's title is revolution. To that, I shout a hearty double AMEN! The opening paragraph dramatically states:

"A revolution is coming to U.S. higher education, one that will sweep away an archaic business model, erase the value of many venerable brands, and enhance the brands of new entrants and nimble incumbents. It will be a tough time for many U.S. colleges and universities but great news for the rest of the world." I might add: IT'S ABOUT TIME!

Anyway, to further underwrite Guile and Teece, I decided to generate my own little B.R.O.K.E.N. benchmark. A while ago here, I wrote College: The Way We Were, which noted in summary, among other retrospective issues, "And there you have it, folks. Here’s one competition the Ivy League doesn’t win. It was close, but Duke University nips Berkeley at the wire by a mere 24 percentage points to win the Biggest Percentage Increase in College Costs Since 1961 Award, from those schools listed here. One has to wonder what other categories of consumer costs have outstripped higher education. Medical costs? Energy? Food? I presume that information is available somewhere on the Web, but I’m too lazy to look it up. Be my guest."

The point of College: The Way We Were was to note college costs the way they were back in 1960. You can check them out yourself for an uncomfortable thrill. So, my B.R.O.K.E.N. Benchmark, to elevate it to proper-noun status, is quite simple. It merely compares a certain college cost from the past to the median household income of that particular year. For example, let's take 1960, the year referenced in my College: The Way We Were article.

According to Stanford University data, the median U.S. household income in 1960 was $5,000 (in 1960 dollars). Using Princeton University and Penn State University (University Park) as examples of both provate and public institutions, we find that in 1960, Princeton's costs of tuition, room and board, and living expenses totaled $2,260. Penn State came in at $1,260 for a Pennsylvania resident and $1,660 for a non-Pa. resident.

To create our benchmark-variable percentage, we simply divide the college cost by the median family income. Thus, in 1960, the Princeton University variable is $2,260/$5,000 or 45.2%. For Penn State (in-state residents), we find 25.2%. Thus, the analysis shows that going to Princeton in 1960 would cost a median-income family just under half of their yearly income (assuming no financial aid). Penn Stater families would spend a quarter of their yearly median income.

Now, let's do a quick comparison of current data. According to the U.S. Census Bureau, the median family income in 2011 (latest figures available) was $50,054. Total current cost, as referenced above, for Princeton University is $56,750. So, without financial aid, families will (in theory) have to pay 113% of a median yearly income to attend. For Penn State, Pa. residents will have to pay $28,740, or 57% of a median family income.

It should be easy to see that college costs are not only outstripping inflation but also family income. This can't go on forever, even though college administrators would like to think that it can. By the way, for all you number-crunching, bean-counting, college-cost experts out there, feel free to crucify my B.R.O.K.E.N. thesis. I'm just pumping gasoline on the "revolution" fire that Guile and Teece have ignited. I'm no economist or seer. I'm just tired of seeing the lords of higher education rape families who earn beneath wealthy status.

So, rock on market forces. Slay the raging college-cost dragon. Let me repeat the prophetic statement that Guile and Teece proclaim: "A revolution is coming to U.S. higher education, one that will sweep away an archaic business model, erase the value of many venerable brands, and enhance the brands of new entrants and nimble incumbents. It will be a tough time for many U.S. colleges and universities but great news for the rest of the world."

I never thought that I'd see the Berlin Wall come down in my lifetime, but I believe that the Wall of Insane College Costs will fall too, perhaps not in my remaining years, but certainly within the next generation. Let's all hope that it does. It won't be a day too soon.

Which of Two (Opposite) Colleges Should I Choose?

Question: I'm trying to decide between 2 schools that at first seem very similar: Both are small, private liberal arts colle…

Will It Be Another Record-Setting Year For College Applications?

During the 2020-2021 admissions cycle, the rise of test-optional policies in response to the global pandemic resulted in a surge …

What is Parents' Role in the College Process?

We took a trip to Boston last week. As educational consultants, part of our job is to travel the country to visit college and boa…

Coalition for College: More Than Just Another College Application