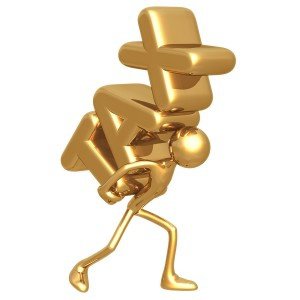 The relentless search for tax revenue is taking an increased interest in college students. As Hillary Clinton said, "We tax everything that moves and doesn't move . . ."

Pittsburgh wants to tax one of its most abundant resources: students.

The city is home to seven colleges and universities, and though their real estate is tax-exempt, their tuition isn't, says Mayor Luke Ravenstahl, who plans to impose a 1% tax on tuition as part of his budget for 2010.

Nearly 100,000 students study in Pittsburgh, and "they're not paying a dime for any city services they might receive," Ravenstahl says. The 1% tax would range from $20 for students at Carlow College to $400 for students at the city's priciest university, Carnegie Mellon. It would generate $16.2 million next year, according to the proposed budget.

"He calls it a fair share tax. We call it an unfair tax," says Mary Hines, president of Carlow College and of the Pittsburgh Council on Higher Education. The group will challenge the tax in court as an end run around universities' tax-exempt status, Hines says.

If Pittsburgh succeeds in becoming the first city to tax its students, other cities will follow, says Terry Hartle of the American Council on Education, a lobbying group for universities. "It's a new and untapped potential source of revenue," he says.

Only 6% of Carlow students pay the full $20,000 tuition, Hines says, and they can't afford more costs. The tax also will make Pittsburgh less appealing to students, she says. "We want them to realize they are coming to an exciting city that will welcome them with open arms. This does not do that."

Pittsburgh faces a $15 million budget gap and a deadline from the state Legislature to rescue its pension fund.

Pittsburgh's tax-exempt institutions, like those in many college towns, have made donations in lieu of taxes: $14 million from 2004 to 2006. The non-profits' proposal to give an additional $5.6 million over three years is "not enough," Ravenstahl says.

The controversy in Pittsburgh is the latest in a long-running town-and-gown debate over whether tax-exempt institutions contribute enough to offset loss of real estate tax revenue:

• In April, Providence Mayor David Cicilline proposed a tax on students of $150 per semester at schools including Brown University and Providence College. The schools have made voluntary contributions to the city since 2003. The tax would require state legislative approval.

• In Boston, a task force started in January by Mayor Thomas Menino wants to standardize and increase payments from educational and medical non-profits. The city got $8.4 million from 13 colleges this year and $4.9 million from nine hospitals.

Did you happen to note a common thread running among the three mayors mentioned in the article? Probably not, since USA Today has an amusing habit of omitting the political affiliation of Democratic politicians linked to unpopular behaviors. Not that there's anything wrong with that.

On the counterpoint, here's one college student's objections to Ravenstahl's proposal. Patrick McDermott is a senior majoring in journalism and history at Penn State-University Park.

Tuition tax must not come to life

Ravenstahl planned to add a 1 percent tax on college tuition to the students who attend the city's seven colleges and universities, according to USA Today. The move was designed to raise funds for the city in the midst of the struggling economy. Thankfully, the proposal was shot down yesterday by a state oversight committee because it was deemed illegal.

Students everywhere are by no means immune from the crippling effects of the economy. We are feeling the crunch just as much as anyone else, especially because we are either unemployed or making next-to-nothing in part-time jobs . . .

. . . Perhaps the most ridiculous part of the entire scenario is Ravenstahl's reasoning for imposing the tax. In order to supplement the city's finances, he planned to charge students because they don't help pay for the city's public works.

In Ravenstahl's words, "they're not paying a dime for any city services they might receive." I can buy that -- students, in many cases, don't have to pay property taxes and other fees that support local infrastructure. But that doesn't mean they don't add money to the city's pockets; in fact, students pump money into the local economy simply by spending their disposable income . . .

. . . The state oversight committee got it right -- not only is taxing tuition unjust, it is also illegal in Pennsylvania. Ravenstahl's plan is unnerving, though, because of its lack of consideration for students coupled with its presumed appeal to council members in college towns. The attempt to tax education could send ripples throughout college communities across the nation and put an unfair burden on students and those people who help pay for their college education . . .

I'm with McDermott. ". . . not only is taxing tuition unjust, it is also illegal in Pennsylvania [not to mention stark Ravenstahling mad] . . ."

It is to laugh (almost).