Time to Change Your Application Strategy? 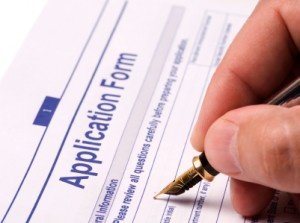 "Gaming the system" has become a popular phrase these days in the colleges admissions world. U.S. News' Kim Clark has written a very interesting, if not provocative, article about how colleges are moving to shield themselves from the "gamers" out there. The term "gamer" makes me think of the kinds of activities many high school students, especially seniors who are now applying to college, are passionate about. Ever heard of Civilization 5? That's just one excellent example of the kinds of strategy games young people are playing today. In my opinion, it doesn't take a genius to make the leap from conjuring creative computer gaming strategies to concocting clever college application strategies. Of course, that's just my opinion. Your mileage may vary.

Clark's article reminds us once again of what a circus the world of college admissions has become. Not only are colleges being assaulted by the realities of the latest domestic economic downturn (let alone the looming global financial mess) but they're also highly sensitive to the threat of super gamers out there, like Adam Wheeler, who managed to game his way, as an impostor, into Harvard, fooling even those august, ultra-elite, and highly sophisticated admissions experts.

In any event, if you're a high school senior aspiring to the most competitive levels of colleges admissions, it would do you well to take a hard, objective look at your strategic methodology. Some tried and not-so-truthful approaches are no longer so effective, at least according to Clark here. So, you may ask, what's a struggling college applicant to do?

From Clark's article, let's sample a few of the changes colleges are making so that you can note any that may affect you directly.

Colleges, swamped by applications from increasingly anxious high schoolers, are changing their admissions rules to weed out applicants who try to game the system by getting easy A's or plagiarizing their essays.

Interviews with admissions officers at some of the nation's most popular colleges reveal recent and important shifts in the weighting of traditional admission factors. Recommendations and high school class rank matter less to many colleges, especially big public universities, than they used to. Instead, a growing number of colleges of all types are putting more emphasis on students' essays and the difficulty of applicants' high school classes. Some colleges, burned by scamsters such as Adam Wheeler, who lied his way into Harvard and Stanford universities, are also starting to do tougher auditing of applications . . .

College officials outline 8 major changes to their admissions practices that will affect applicants from now on:

1. Less time per application. A survey by the National Association of College Admissions Counselors found that the average college admissions counselor was responsible for 514 applications in 2009, up from 423 the previous year. And the ratio has gotten only worse in 2010, because students are sending out more applications while tight budgets prevent colleges from hiring additional staff to manage the deluge, colleges say. The caseload is far greater at popular public colleges: The 15 admissions officers at Binghamton University are handling about 30,000 applications, for example. Even at private colleges—such as Johns Hopkins University, Marist College, in Poughkeepsie, N.Y., and Pitzer College, in Claremont, Calif.—admissions officers take an average of just 15 minutes for the first read of each application.

2. Earlier deadlines. Many students, desperate to make sure they get admitted somewhere, are swamping colleges' early decision programs. Northwestern University, for example, reported a 25 percent increase in early applications this fall over last year. Many public universities are also encouraging or requiring early deadlines to give staff more time to work through the applications. At Purdue University, where each admissions officer handles about 1,200 applications, "we encourage students to apply in September and October because we can't possibly read that kind of volume in one or two months," says admissions dean Pamela Horne.

3. Less reliance on recommendations. As high school teachers and counselors get overwhelmed with recommendation requests, they often provide less specific or thoughtful comments, admissions officers say. NACAC found that the percentage of colleges giving "considerable importance" to teacher or counselor recommendations fell from 21 percent to 17 percent from 2007 to 2009. "Ninety-eight percent of recommendations tell us what students already told us," says Philip Ballinger, director of undergraduate admissions at the University of Washington. UW this year stopped asking for or even reading teacher recommendations from applicants. The trend towards bland or generic recommendations causes headaches for schools that still rely heavily on them. About half of the applicants to Pitzer have perfect or near-perfect grades and test scores, says Angel Perez, director of admissions. "How do you differentiate among perfect GPA and SAT scores? I lean on those letters," he says. But, he complains, a growing number of the recommendations "are not that useful…. It is making our job a lot more difficult." . . .

. . . 6. More emphasis on application essays. The percentage of colleges that give essays lots of weight rose from 14 percent in 1993 to 26 percent in 2009, NACAC's survey found. Essays are especially crucial to elite colleges, where they "can make or break your application," says Pitzer's Perez . . .

. . . 8. More application auditing. Stanford, Harvard and a few other colleges have increased their factchecking of applications in the wake of the Adam Wheeler scandal. One tool that a growing number of colleges are using, says NACAC president Miller, is Turnitin, a plagiarism software program that looks for phrases in essays that match those in millions of websites, articles and books.

For the remaining three big changes, be sure to read all of Clark's interesting insights. To paraphrase a famous saying once again: The strategy you have to change may be your own.