Articles / Admissions / The Value of A College Degree: Another View

The Value of A College Degree: Another View 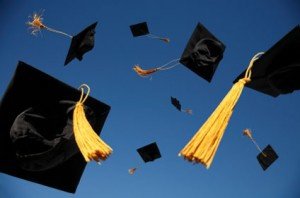 It seems as though almost every week a new article comes out questioning the value of a college degree. Most of the articles discuss ROI (Return On Investment) and student loan debt. I've written about this argument before here in Admit This!. Yesterday, I made a post on the College Confidential discussion forum about the latest article that questions the value of college.

John Stossel (pictured below), according to Wikipedia, "is an American consumer reporter, investigative journalist, author and libertarian columnist. In October 2009 Stossel left his long time home on ABC News to join the Fox Business Channel and Fox News Channel, both owned and operated by News Corp. He hosts a weekly news show entitled Stossel, on Fox Business which debuted December 10, 2009, airing in prime time every Thursday repeating on both Saturdays and Sundays. Stossel also regularly provides signature analysis, appearing on various Fox News shows, including weekly appearances on The O'Reilly Factor, in addition to writing the Fox News Blog, 'John Stossel's Take'."

In his somewhat controversial article, entitled The College Scam, Stossel quotes some statements by high-ranking authorities, such as Hillary Clinton, about the positive side of college degrees. He quotes Clinton as saying, "Graduates from four-year colleges earn nearly twice as much as high school graduates, an estimated $1 million more." Stossel counters with, "We hear that from people who run colleges. And it's true. But it leaves out some important facts."

What are some of the important facts that colleges leave out? Here are a few insights from Stossel's side of the street:

What do Michael Dell, Mark Zuckerberg, Bill Gates and Mark Cuban have in common?

They're all college dropouts.

Richard Branson, Simon Cowell and Peter Jennings have in common?

They never went to college at all.

But today all kids are told: To succeed, you must go to college.

For many people, college is a scam.

... lots of people not suited for higher education get pushed into it. This doesn't do them good. They feel like failures when they don't graduate.

Entrepreneur Peter Thiel, who got rich helping to build good things like PayPal and Facebook, is so eager to wake people up to alternatives to college that he's paying students $100,000 each if they drop out of college and do something else, like start a business.

What puzzles is me is why the market doesn't punish colleges that don't serve their customers well. The opposite has happened: Tuitions have risen four times faster than inflation.

What's your opinion about the value of a college degree? Do you know anyone who has been successful without one? Let us know.