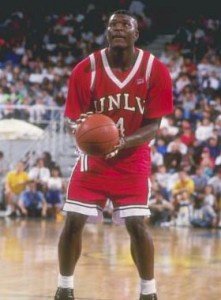 A year-end Associated Press article begins with an annoying, if not enraging, lead sentence: "If grades make you a long shot for college, you're much more likely to get a break if you can play ball."

AP writer Alan Sher Zagier, in an AP Enterprise piece, tells this upsetting but all too well known tale:

If grades make you a long shot for college, you're much more likely to get a break if you can play ball.

An Associated Press review of admissions data submitted to the NCAA by most of the 120 schools in college football's top tier shows that athletes enjoy strikingly better odds of having admission requirements bent on their behalf.

The notion that college athletes' talents give them a leg up in the admissions game isn't a surprise. But in what NCAA officials called the most extensive review to date, the AP found the practice is widespread and can be found in every major conference.

The review identified at least 27 schools where athletes were at least 10 times more likely to benefit from special admission programs than students in the general population.

At Alabama, 19 football players got in as part of a special admissions program from 2004 to 2006, the most recent years available in the NCAA report. The school tightened its standards for "special admits" in both 2004 and 2007, but from 2004 through 2006, Crimson Tide athletes were still more than 43 times more likely to benefit from such exemptions.

"Some people have ability and they have work ethic and really never get an opportunity," he said. "I am really pleased and happy with the job that we do and how we manage our students here, and the responsibility and accountability they have toward academics and the success that they've had in academics."

The NCAA defines special admissions programs as those designed for students who don't meet "standard or normal entrance requirements." The NCAA says such exceptions are fine as long as schools offer the same opportunities to everyone from dancers, French horn players and underrepresented minorities as they do to fleet-footed wide receivers and 300-pound offensive linemen.

Texas was one of seven schools that reported no use of special admissions, instead describing "holistic" standards that consider each applicant individually rather than relying on minimum test scores and grade-point averages.

But the school also acknowledged in its NCAA report that athletic recruits overall are less prepared. At Texas, the average SAT score for a freshman football player from 2003 to 2005 was 945 — or 320 points lower than the typical first-year student's score on the entrance exam.

In all, 77 of the 92 Football Bowl Subdivision schools that provided information to the AP reported using special admissions waivers to land athletes and other students with particular talents. The AP spent three months obtaining and reviewing the reports through state public records laws.

Ten schools did not respond to the AP's request and 18 other schools, including Notre Dame, Pittsburgh and Southern California, declined to release their reports. The reports do not identify specific students who benefited from admissions waivers, but they are identified by sport in many cases.

The NCAA sets minimum eligibility standards to compete once a student is in college, but leaves admissions decisions to individual schools and does not compare "special admits" across schools.

Kevin Lennon, NCAA vice president for academic and membership affairs, noted that NCAA schools face penalties, including losing scholarships, if athletes' graduation rates are too low or if they fail to show adequate progress toward a degree.

"While it's an institution's decision on who they bring in, we're most interested in what they do once they get there," he said. "And if they're not successful, there are consequences."

At California, one of the country's most selective public universities, Golden Bear football players were 43 times more likely to gain special admissions than non-athletes from 2002-04.

"It doesn't matter to us if that student is a junior Olympian in taekwondo or the best oboe player in the United States or someone who can really run fast and jump high," said Walter Robinson, admissions director at Cal. "We still look at that student with the same consideration: can that student be successful at Berkeley if admitted?"

While schools can tout the high graduation rates of athletes, they are not required to track the academic performance of special admits — and few do.

The NCAA asks schools to provide the annual percentages of special admits for all freshmen and all freshmen student-athletes on scholarship as well as a breakdown by individual sports.

But some schools only supply raw numbers, not percentages. Other schools, such as Florida, say they don't track special admissions outside athletics.

Gerald Gurney, incoming president of the National Association of Academic Advisers for Athletics, favors a return by the NCAA to the minimum test score requirement abandoned several years ago. He said the NCAA's "virtually open admissions standards" threaten academic integrity.

"Special admissions, in and of itself, isn't something to be ashamed of. It does add value to a university," said Gurney, senior associate athletic director for academics and student life at Oklahoma. "However, when you have students who need such a great deal of remediation, it jeopardizes the very essence of the university."

Norwood was twice denied admission to South Carolina before being accepted as a special admit. The school softened special admission standards in 2007 after coach Steve Spurrier threatened to quit when two recruits who met NCAA eligibility requirements were turned down.

"It's also a way to get better artists, better musicians," he said. "It's not all athletes. If you graduate, if your people are successful, there's going to be more flexibility. And that's what we've done."

[Associated Press reporters Pete Iacobelli in Columbia, S.C., John Zenor in Tuscaloosa, Ala., and Terence Chea in Berkeley, Calif., contributed to this report.]

So, if you happen to be reading the College Confidential discussion forum's tales of woe about an applicant's frustration regarding certain classmates of his who, with remarkably inferior overall academic profiles, got into schools that denied him, there may be an element of "admissions exemption" at work.

Don't you just love that euphemism?