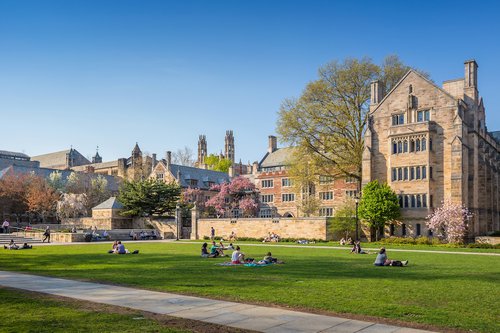 This is the week that Ivy League schools release Regular Decision verdicts. I have worked as an independent college admissions counselor since the late 1980s and have seen the full range of emotions associated with both students and parents regarding the desire to “Go Ivy." This year, those emotions, along with their schemes and resulting consequences, have come into bold relief with The Great College Admissions Scandal of 2019, which affected many "elite" schools.

The facts revealed from the scandal have shown us just how far people are willing to go to become associated with an Ivy League and similarly elite schools. They're willing to explore and employ unethical and even illegal means to become part of this exalted bastion of higher education. For all current high school juniors and their parents, I thought I'd give you some perspective about the so-called “Quest for Ivy."

What Is This Quest for Ivy?

The reality of the challenge inherent in gaining admission to these exclusive schools is easy to discern. The statistics are plentiful. One school in this elite group, Stanford University, for example, currently denies about 95 percent of its undergraduate applicants. For those of you non-mathematicians, that's about a 5 percent acceptance rate. Most of the Ivy League schools are in the single-digit acceptance rate category, too. Even the top non-Ivy League schools are in the low-teens (or tougher) acceptance rate category.

Maybe you or your parents are swept up in the frenzy to “get in." Let's look a little deeper.

What is it with all this Ivy League and elite-college ranting and raving we see now and then on the College Confidential discussion forum. Where does it come from? What perpetuates it? What should we do about it?

These questions seem reasonable in light of the spiraling number of applications the eight official Ivy League schools receive every year. Of course, there are other “Ivy" schools out there too. Just peruse the Top 25 U.S. News national universities and liberal arts lists. There, you will find the other elite schools.

The attraction can be irrational and compelling. It's a force similar to the tractor beam in Star Trek, where the Starship Enterprise can offer no resistance, as if some invisible black hole's gravity is drawing it forward into some new and mysterious realm. The higher education force that draws all these souls forward is the Quest for Ivy. It infuses students and parents with an endless “Gotta have it!" mindset.

My advice to high schoolers: Don't let your parents do your college selection for you. Think for yourself. Beyond that, don't target an Ivy college for the wrong reasons, such as “Brown is where so-and-so from Pretty Little Liars is going" or “I read this really cool story about the crazy parties at Haverford." Sure, it's cool to apply to HYPSM (for the uninitiated, that abbreviation stands for “Harvard, Yale, Princeton, Stanford and MIT). However, it could be even cooler if you applied to a different HYPSM (Hamilton, Yeshiva, Pomona, Scripps and Macalester) for the right reasons.

When we talk about schools with “prestigious academic reputations," the field widens considerably. Quite a few colleges and universities have departments, faculty, programs or accomplishments that in some manner may be regarded as “prestigious." Even the Big Three (HYP) have weaknesses in certain areas, so no one school and especially no one group of schools has a lock on across-the-board prestige.

Is the Ivy Mystique Quantifiable?

My personal opinion is that the “Ivy mystique" has more to do with non-quantifiable issues. You can count endowment dollars and student body size, and then assign a numerical ranking, but you can't measure some of the more spirit-related aspects these top schools possess.

We have a photograph posted on our refrigerator. I took the picture during one of our many visits to Princeton during our son's years there. It is an inscription, engraved in stone, above the entrance doors to one of Princeton's lecture halls. It says:

“Here we were taught by men and Gothic towers democracy and faith and righteousness and love of unseen things that do not die."

Today's Politically Correct Police Force will attack this magnificent statement immediately by shrieking about its “sexist religious content." However, I choose to look beyond political correctness and focus on the spirit embodied within those words. These are capital-“I" Ideals, indeed.

Back in the Eighties, the corporate fight song was Total Quality Management. One of the primary TQM mantras was “Perception is reality." This means that, good or bad, right or wrong, whatever your “customers" think you are, you are. Well, as far as colleges are concerned, especially the elite schools, perception is sometimes not reality. Whether you're a high schooler or a parent, you've got to be careful about stereotypes and external first impressions. You must dig deeper to get closer to the truth.

Is This Part of Your College Selection Process?

Let's take a look at how some students pick their target colleges. Most families spend more time selecting their living room furniture than they do evaluating colleges. High school students are especially elusive in articulating their selection criteria. They have been known to invoke a few twists.

Over the years, I have gained an appreciation for why high schoolers pick certain colleges. From my experience, then, here are 10 reasons I've encountered:

1. “My boyfriend/girlfriend is going there."

2. “They had a national championship football/basketball/hockey/etc. team last year."

4. “There are lots of black/Jewish/Catholic/gay/lesbian/Latin/Asian/etc. students there."

6. “They offered such a good aid package, my parents could buy me a car."

8. “The guys/girls/buildings/campus/etc. in their viewbook looked so cool."

10. “It meets more of my criteria than most other colleges."

Guess which one makes the most sense. Some of you may answer, “That all depends on your point of view." However, my point of view tells me that college matching is a matter of blending the right student qualifications with the right personal preferences. From the list above, you can see a number of irrelevant dynamics at work. Since my focus here is Ivy League and other elite schools, consider reason #5:

When you consider the fact that there is a good reason these top schools have the performance record and reputations that they do, it's not hard to understand why a high schooler may develop a passion for one or more of them based solely on anecdotal data and -- yes -- perception. As with other consumer goods like TVs and automobiles, choosing a well-known and well-respected brand name is relatively safe, but not entirely free of risk. There are easy ways to verify the relative overall quality of a brand-name college if you're willing to do a little work.

I get lots of inquiries asking me for my opinion on this or that aspect of certain colleges. My standard response is twofold. First, I direct the inquirer to search web and guidebook sources for subjective opinions. By “subjective," I mean “personal." Those great big Manhattan-telephone-book-sized almanacs of college listings and data are fine for facts, but you need opinions, too.

That's where College Confidential comes in. There you'll find the world's greatest collection of opinions, both good and marginal, about most schools, not just the Ivies and other elites. CC's discussion forum is the biggest and best in the world when it comes to exploring every nook and cranny of just about any college. You'll find many current and past students' views about the schools they attend or attended.

While student opinions are valuable, you can also take the “ask a professor" approach. Faculty listings and email addresses are commonly available on college websites. For example, check out this one. When you approach a faculty member, you had better look sharp because it's not entirely impossible that some of your application materials may end up on one or more of these profs' desks. You might ask about a specific course, major or physical resource. You might also ask him or her for suggestions on how to find out more about a special area of interest.

If you're lucky, perhaps one of the professors will invite you to come and visit them for a special tour of their department. This has happened to some of my student clients over the years. One young woman was very interested in attending Duke University to study computer science. She made email contact with the chair of Duke's computer science department and after a few well thought out inquiries, she visited Duke and got a royal tour of the CS area with the chair himself.

That's hard to beat. Now, don't expect this level of hospitality and warmth everywhere, but I'm certain that you'll be pleasantly surprised at how accommodating faculty can be to prospective students. After all, if there were no prospective students, there would be no need for professors!

Getting Back to the Point of My Post, Ask Yourself This

Are you under the influence of the Ivy “tractor beam"? Are your parents? If so, it's time to do some serious self-analysis.

You need to determine the reason for your fixation on the Ivies and other elite schools. The process that you use for finding the right school should have a basis in logic rather than emotion. There are plenty of ways for your college-choice process to go off the rails.

In the near future, I'll take a closer look at some of those 10 reasons to pick a college that I've heard over the years. After reading my thoughts on those, perhaps you'll get a better grasp on whether or not your selection process is being influenced by the wrong reasons.

In the meantime, spend some serious time on College Confidential. You'll find the answers to most of your questions about college there.