Articles / Paying for College / Student Loans for Pizza and Beer?

Student Loans for Pizza and Beer? 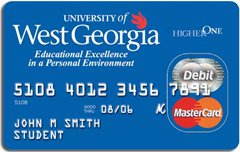 I've posted here a number of times about the rising crisis of student loan debt. College graduates gathering $50,000 to over $100,000 in student loan debt are becoming more and more common. That's semi-mind boggling when you consider the huge term of repayment, the likelihood of default (with the attending credit rating damage), and the relatively low return on that educational "investment." Far too many students and families are taking the easy way out and agreeing to these debts all in the name of "prestigious" schools. Sadly, many are enslaving themselves at schools deemed far less than prestigious (whatever that term means).

The card was cooked up by two Yale students who in typical Yaley fashion noticed an opportunity to make some arbitrage bucks from when students get more aid than covers their tuition. Schools usually refund that money to students with a paper check. But by putting the balance on a debit card instead, schools could eliminate the paper costs, students would get immediate access to their money, and the entrepreneurs could collect on the transaction and service fees."

Put that Pizza on My Student Loan

It happened at a bar and restaurant in Grand Forks, N.D., but it could have been at any college campus in America.

College kids were enjoying pizza and beer, and paying for it all with a debit MasterCard. But this was not any debit card. The funds behind it come from student financial aid.The card is the brainchild of Miles Lasater and Mark Volchek, who came up with the concept when they were students at Yale and turned it into a business called Higher One, which went public in 2010. Higher One reported $75 million in revenue in 2009, and is on pace to more than double that in 2010, with some 700 colleges and 5 million students on board. And the business is built around that debit card.

According to the company, roughly half of student borrowers receive aid that covers more than their tuition. Those funds are supposed to cover books, housing and living costs. Schools are required to refund that money to students, and in the past did so in the form of a paper check.

Lasater, who was a computer science major at Yale, and Volchek, who studied economics, reasoned they could streamline the process for schools and students, while at the same time making money from MasterCard transaction fees collected from merchants and debit-card fees collected from students. Schools quickly signed on, including the University of North Dakota.

“We really looked at it as a pretty reasonable win-win kind of arrangement," University of North Dakota Vice President Peggy Lucke said.

But not everyone views it that way.

Higher One's fees have drawn the ire of some students, like University of North Dakota senior Shane Gerbert.

“I don't like the fact that someone's taking money from money I borrowed," Gerbert said.

And the money can add up. Higher One charges $20 to replace a lost card. $19 a month for account that has been inactive for nine months, and 50 cents any time a customer keys in a PIN instead of swiping the card, which is how Higher One earns transaction fees.

The company defends the fees as competitive, noting that students can avoid all fees if they use the card properly.

But is it wise to outfit students with a card that lets them access student loan funds with a simple swipe to spend on anything from books and housing to pizza and beer?

Lasater said students are capable of using the money wisely.

“The financial aid system is designed to provide living expense money as well," Lasater said. “So it's everyday money that you use, yes, to buy food, to buy drink if that's appropriate."

University of North Dakota student Alexandra McLaflin got her Higher One card right after her 24th birthday. She did not use all the funds for school.

“I kind of went out and spent some on clothes and shoes and went to the bar," she said. “But most of it I did try to save for some bills."

Not all of it, though.

“I did buy a new car," she said. “The interest rate was a little lower than through a car dealership."

Higher One still says it is reducing costs for schools by streamlining the financial aid process. But the schools are not necessarily applying all the savings to tuition costs.

In November, Higher One hosted a weeklong conference for college financial aid conference at the luxurious Meritage Resort and Spa, nestled on a private vineyard in Napa, California. While the company notes the conference included 20 hours of meetings and educational sessions over five days, there was also a lesson in wine tasting from one of the vineyard's experts, and time for spa treatments and tours of the Meritage's vineyards.

“This is a paid conference that people are attending for educational purposes," Lasater said. “This is not for entertainment."

The conference also included raffles with prizes, and dinner at an award winning Napa restaurant. But Volchek said that was not the primary focus for the attendees.

“Networking with other administrators is really important for them to learn about how other campuses use products and are more efficient," Volchek said.

The Higher One debit card is optional for students, who can still choose to receive their funds as a paper check or an electronic transfer to a bank account. Higher One acknowledges it relies on colleges to help communicate the benefits of the debit card to students, and Lasater insisted the financial aid officers have their students' interests at heart regardless of the pampering in Napa Valley.

“I think university administrators are spending their time learning about a valuable service offering," Lasater said. “And we spent the time at the conference focused on that and talking with each other. There were some social events as you mentioned."

When I hear of schemes like this, I'm reminded of my time in the Navy, when visiting ports of call that depend on the visiting soldiers and sailors for tourist revenue. We would stroll through the streets, which were jammed with sidewalk vendors and scammers of all types. They would bark out their entreaties in broken English, trying to lure us into buying their cheap junk. I see a parallel with these financial aid setups where "overages" are converted to debit cards. The lure is strong. I also see a ton of buyer's remorse when payback beckons and the student thinks of all that pizza, beer, or whatever that is now long gone, but with the sting of its cost remaining, hanging like a dangling piano over a crowded city sidewalk. Think about it.