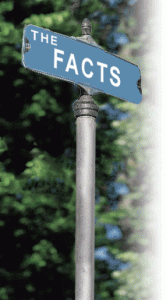 I've posted a reasonable amount of information here lately related to the Government's overhaul of student loans. There are a lot of opinions pro and con about that. Today, I thought I would share even more opinions and even some "facts" from FactCheck.org, for what they're worth.

There is a CNN poll showing "bipartisan" support for the federal loan reform overhaul. There is also an [allegedly] independent, nonpartisan Factcheck.org analysis looking into the claim that student loan reform will "jeopardize 30,000 private sector jobs."

Would overhauling the student loan program really "jeopardize more than 30,000 private sector jobs," as claimed by those who oppose it? We find that figure to be a stretch. A widely quoted, independent expert says any job loss is likely to be much less, and that it's possible no jobs will be lost at all.

The student-loan overhaul — under which the federal government would become the sole lender, ending the role of banks and other private sector lenders in this government program — is the less-talked-about portion of the reconciliation bill pending in Congress to complete the Democrats' massive overhaul of the health insurance system. The reconciliation bill is expected to come to its final vote today, in the House.

Under the Student Aid and Fiscal Responsibility Act — which passed the House by a vote of 253 to 171 in September before being rolled into the reconciliation bill — the government would expand its role in making low-interest student loans, cutting off the subsidies it gives private lenders such as Sallie Mae (SLM Corp.) to originate the loans. By cutting out the middle man and making all the loans directly, taxpayers would save $61 billion over 10 years, according to the Congressional Budget Office. More than half the savings would be used to shore up the Pell Grant program for needy students, where grants now cover a steadily dwindling share of the cost of attending a public university.

But there's dispute about one of the main arguments that opponents of the bill have been making against it. They say it would jeopardize the jobs of tens of thousands of people who now work for student lenders. Most of the opposition comes from the GOP, but here's Democratic Sen. Ben Nelson of Nebraska:

Nelson: It's not clear why we would, on the one hand, jeopardize more than 30,000 private sector jobs, while, on the other we are promoting job creation in every state to aid our economic recovery.

The 30,000-plus number comes from a survey conducted last year by the National Council of Higher Education Loan Programs, the Consumer Bankers Association, the Education Finance Council and the Student Loan Servicing Alliance – trade groups that represent the lenders.

But the groups have not made the survey available online. "We live in such a politically miserable world" and the results could be misused, Brett Lief, president of the National Council of Higher Education Loan Programs, told us. He sent us a press release on the survey, however, in which the headline, "35,000 Expected Job Losses Under Administration Proposal," conflicted with the text, which refers only to the "current number of individuals employed" by the lenders. As the survey is described by America's Student Loan Providers, another group the student lenders started, 35,000 is the number of people employed by the lending institutions. So the claim assumes that everybody working in the industry now would be thrown out of work.

In fact, it's likely that only some of the 35,000 jobs would be affected by the bill. That's because loan origination is only part of what these companies do – loan servicing is another big part. And under the pending bill, 100 percent of the loans originated by the government would be serviced by the private sector under competitively bid contracts. The industry would also continue to service about $500 billion in outstanding student loans. Some or all of the people now servicing loans would very likely be doing the same work under a new system.

Tim Ranzetta, an independent industry analyst whose firm advises college financial aid administrators on preferred lender selection, predicted the legislation would result in something between a net gain of 300 jobs and a net loss of 4,750. That figure includes jobs repatriated to the U.S. that are currently located offshore. Last year, for example, Sallie Mae said it would cut 2,000 jobs in India and the Philippines and hire workers in the U.S. for those positions. According to the Department of Education, servicing the federal loans is "expected" to be done in the U.S. because of stringent security requirements, including background checks for employees.

As with most issues, the reality likely lies between the two extremes of opinion. In this case, the extremes are populated by liberal and conservative mindsets. "Objective," "independent," and "nonpartisan" are relative terms, so let buyers of such data from these sources beware. There's just too much information out there sometimes.

In any event, whether the new student loan law is a good thing for most Americans remains to be seen. If you have any contact with the new reality of the situation, please let us know here in the comments section. We would like to hear from your mindset.