Articles / Paying for College / Student Loan Changes on The Way

Student Loan Changes on The Way

Parents and college students: How do you feel about having the Federal government become the sole provider and proprietor of your college loans? I'm thinking about the resounding successes of Cash for Clunkers, the stimulus packages, and pending health care plans. Not that I have doubts about Big Government's ability to handle things smoothly and to the benefit of all concerned. 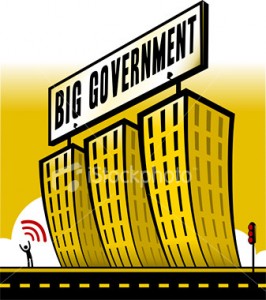 The alleged good new, I suppose, is that private lenders, banks mostly, will be driven out of the college loan business. Hmm. Let's see. This wouldn't be an affront to free enterprise, would it? Anyway, here's the story:

WASHINGTON - -- The House on Thursday passed legislation that would make the biggest changes in federal student loans in decades, driving private banks out of the business and leaving it to an existing federal program to provide that crucial source of college financing.

The bill, passed on a party-line vote of 253-171, would save $87 billion over 10 years by abolishing subsidies to banks that have been criticized as excessive, supporters said. Most of the money saved would be channeled to increases in Pell grants for low-income students.

"We can either keep sending these subsidies to banks or we can start sending them directly to students," said Rep. George Miller, D-Calif., lead sponsor of the bill.

Below are some questions and answers about the legislation, which must still pass the Senate:

Q: How will the bill affect student loan recipients?

A: The bill changes the source of federal college loans, not their size.

Currently students borrow money, usually through their schools, from the federal government or from private banks that make low-interest loans that are government-subsidized and guaranteed. Those subsidies to banks would end, and all federal loans would be offered by and repaid to the federal program.

The bill would also simplify the complex federal application form for financial aid.

Q: How will the bill save money?

A: By ending subsidies to private banks and no longer guaranteeing loans by those banks, the government would save about $87 billion over 10 years, according to the Congressional Budget Office.

Q: What happens to that money?

A: Not all of it would be used for student aid, although the most money -- $40 billion -- would go to the Pell grant program for low-income students. Smaller amounts will be allotted to education initiatives such as grants to improve preschool education, renovate school buildings, improve community colleges, curb college drop-out rates and fund programs to support black colleges and universities.

Q: When would these changes take effect?

A: The bill takes effect July 1, 2010, so most students would not see the impact until the 2010-11 academic year. However, some college officials are worried that they would not be ready to make administrative changes in time if the bill does not become law soon.

A: Yes, although he supported bigger changes in college financial aid. Obama proposed boosting and making Pell grants an entitlement that would protect low-income recipients from year-to-year fluctuations in funding. But the House did not accept the proposal because members believed it was too costly.

Q: If the bill saves money, why did some lawmakers oppose it?

A: Many conservatives see the bill as a "government takeover" of the student loan business. Others believe the program would be better addressed by reforming rather than abolishing the role of banks. And some fear layoffs at banks.

This is my favorite Q&A from the article:

It kind of reminds me of those most feared words in the English language:

"Hello. I'm from the government and I'm here to help."

Student loan changes on the way? You bet.