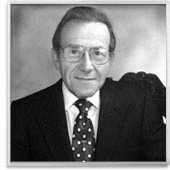 There's an old marketing adage that says, "It's better to be first than it is to be better." Depending on whose opinion you trust, some may say that the Stanley Kaplan test prep courses (first of their kind) have proven also to be best over the years. (I can already hear loud hoots from the Princeton Review crowd).

Well, Stanley Kaplan has died. I thought that it might be interesting to see what made this innovator tick and what may have inspired him to pioneer what eventually blossomed into a somewhat controversial billion dollar industry across the land, spawning large corporations and cottage-level enterprises. Here are the details from a Washington Post article:

Stanley H. Kaplan, 90, who founded the nation's first and largest test-preparation company and transformed the way students prepare for higher education, died Sunday of a heart ailment at his home in New York.

He founded Stanley H. Kaplan Co. as a tutoring business in the basement of his parents' Brooklyn apartment in 1938. He had hoped for a career in medicine but said he was rejected from five New York medical schools because quotas had been filled for the number of Jews they admitted.

The rejections rankled him for a lifetime. A fair test, he believed, would allow students to prove their excellence based on merit, rather than privilege. He believed he could help all students even the odds on what was then called the Scholastic Aptitude Test.

In the process, he created an industry just as the GI Bill after World War II

Mr. Kaplan asserted that test training could improve students' SAT scores, a claim that the Federal Trade Commission investigated in the 1970s after complaints that the industry was exaggerating its results. Mr. Kaplan said, but did not advertise, that students who took his classes could raise their SAT scores by 100 points. The FTC concluded the Kaplan program might raise math and verbal scores, but only by an average of 25 points.

That was enough of a boost to attract hundreds of thousands of students. Mr. Kaplan was a pariah in higher-education circles, however, as educational leaders insisted no one could study for the SAT.

In 1983, after years of hostility toward his business, the College Board invited Mr. Kaplan to speak at its annual convention. It was one of the highlights of his life. "Never, in my wildest dreams," he began, "did I ever think I'd be speaking to you here today."

Born in 1919, the son of a plumbing contractor, Stanley Kaplan grew up in the Flatbush section of Brooklyn. He wanted to teach so much that he offered his grade-school classmates a dime to listen to him. When he was 14, they began to pay him 25 cents an hour, and he took over the high school algebra class from his teacher.

At 16, he enrolled in City College of New York and kept tutoring. A professor there mixed up his grades with another Stanley Kaplan, so the entrepreneurial student adopted the middle name Henry. But later, when asked what his middle initial stood for, he routinely replied, "Higher scores."

Mr. Kaplan focused on his tutoring business, operating from his parents' basement, and also wrote study books for the standardized New York State Regents exam. In 1946, one of his students asked for help preparing for the SAT college admissions test. "It was love at first sight," he wrote in his autobiography, because the test measured problem-solving and thinking skills, which he knew how to teach. caused college enrollment to boom. The Kaplan company now gets two-thirds of its revenue from other education services, including courses ranging from pre-kindergarten to an online accredited law degree. Its 2008 revenue was $2.3 billion, and 1 million students enroll in its courses each year.

Steve Jobs once said, “Innovation distinguishes between a leader and a follower." Napoleon Hill, in Think and Grow Rich, advocates the "Find a need and fill it" philosophy. Stanley Kaplan certainly did that, and he was definitely a leader.

For all of you who are dreaming of finding a way to your own riches, you could do worse than modeling your quest after Kaplan. Open your eyes. Look around. Where are the needs today? Get motivated. Despite what you may be reading in the newspapers these days, capitalism isn't dead.