No doubt, most of you are way too young to remember a song called Sixteen Tons, by a singer you also likely never heard of, Tennessee Ernie Ford. I remember both the song and the singer. I had a 78-rpm recording of it on the Capitol label. LOL. Man, am I that old? 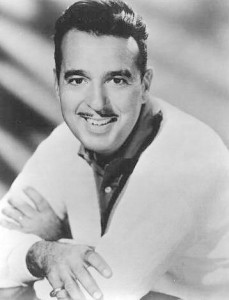 Anyway, the chorus of Sixteen Tons goes like this:

You load sixteen tons, what do you get

Another day older and deeper in debt

Saint Peter don't you call me 'cause I can't go

I owe my soul to the company store

Why am I telling you about a 55-year old song and what could this possibly have to do with college admissions? Well, here's what and why:

Student loan debt can be a monster whose appetite is never satisfied. A perfect example of that is the story of a woman doctor who got pulled into a swamp of debt while earning her medical credentials. Michelle Bisutti's story can be found in a shocking Wall Street Journal article by Mary Pilon. Here are some excerpts:

When Michelle Bisutti, a 41-year-old family practitioner in Columbus, Ohio, finished medical school in 2003, her student-loan debt amounted to roughly $250,000. Since then, it has ballooned to $555,000.

It is the result of her deferring loan payments while she completed her residency, default charges and relentlessly compounding interest rates. Among the charges: a single $53,870 fee for when her loan was turned over to a collection agency.

"Maybe half of it was my fault because I didn't look at the fine print," Dr. Bisutti says. "But this is just outrageous now." . . .

But as tuitions rise, many people are borrowing heavily to pay their bills. Some no doubt view it as "good debt," because an education can lead to a higher salary. But in practice, student loans are one of the most toxic debts, requiring extreme consumer caution and, as Dr. Bisutti learned, responsibility.

Unlike other kinds of debt, student loans can be particularly hard to wriggle out of. Homeowners who can't make their mortgage payments can hand over the keys to their house to their lender. Credit-card and even gambling debts can be discharged in bankruptcy. But ditching a student loan is virtually impossible, especially once a collection agency gets involved. Although lenders may trim payments, getting fees or principals waived seldom happens. . .

Although Dr. Bisutti's debt load is unusual, her experience having problems repaying isn't. Emmanuel Tellez's mother is a laid-off factory worker, and $120 from her $300 unemployment checks is garnished to pay the federal PLUS student loan she took out for her son.

By the time Mr. Tellez graduated in 2008, he had $50,000 of his own debt in loans issued by SLM Corp., known as Sallie Mae, the largest private student lender. In December, he was laid off from his $29,000-a-year job in Boston and defaulted. Mr. Tellez says that when he signed up, the loan wasn't explained to him well, though he concedes he missed the fine print. . .

Dr. Bisutti says she loves her work, but regrets taking out so many student loans. She admits that she made mistakes in missing payments, deferring her loans and not being completely thorough with some of the paperwork, but was surprised at how quickly the debt spiraled.

She says she knew when she started medical school in 1999 that she would have to borrow heavily. But she reasoned that her future income as a doctor would make paying off the loans easy. While in school, her loans racked up interest with variable rates ranging from 3% to 11%.

In 2005, the bill for the Wells Fargo loans came due. Representatives from the bank called her father, Michael Bisutti, every day for two months demanding payment. Mr. Bisutti, who had co-signed on the loans, finally decided to cover the $550 monthly payments for a year. . .

After completing her fellowship in 2007, Dr. Bisutti juggled other debts, including her credit-card balance, and was having trouble making her $1,000-a-month student-loan payments. That year, she defaulted on both her federal and private loans. That is when the "collection cost" fee of $53,870 was added on to her private loan.

Meanwhile, the variable interest rates continue to compound on her balance and fees. She recently applied for income-based repayment, but she still isn't sure if she will qualify. She makes $550-a-month payments to Wells Fargo for the two loans she hasn't defaulted on. By the time she is done, she will have paid the bank $128,000—over three times the $36,000 she received.

She recently entered a rehabilitation agreement on her defaulted federal loans, which now carry an additional $31,942 collection cost. She makes monthly payments on those loans—now $209,399—for $990 a month, with only $100 of it going toward her original balance. The entire balance of her federal loans will be paid off in 351 months. Dr. Bisutti will be 70 years old.

The debt load keeps her up at night. Her damaged credit has prevented her from buying a home or a new car. She says she and her boyfriend of three years have put off marriage and having children because of the debt.

Dr. Bisutti told her 17-year-old niece the story of her debt as a cautionary tale "so the next generation of kids who want to get a higher education knows what they're getting into," she says. "I will likely have to deal with this debt for the rest of my life."

To see what others have to say about Dr. Bisutti's situation, check this College Confidential discussion forum thread and the comments following this Consumerist.com article. One astute poster notes:

If you are making very little (like a grad student which I will hopefully be next year), you have some options to defer or pay less:

If you are making less than 20k you can defer, I think.

The lesson here is to think long and hard about getting in over your head with loans to pay for your higher education. In some cases, the ends don't justify the means. What you don't want to do is end up having to say, "I owe my soul to the company store."