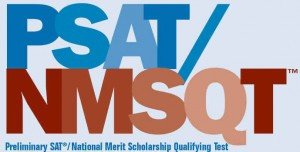 Are you a high school junior (or maybe a sophomore) who has taken the PSAT? Maybe you're the parent of one of those students and you don't quite understand the purpose of the PSAT (the Preliminary SAT/National Merit Scholarship Qualifying Test). If you are, then you may be interested in the information that our friends over at IvyBound.net have just released. It will help you undestand the differences between these two important tests.

What's the difference between the PSAT and the SAT? First, colleges evaluate the SAT, not the PSAT. The PSAT is not seen by colleges. Unless you get a tremendous score (top 0.3%), the PSAT may be meaningless for admissions. The top 2% in each state qualify for National Merit recognition. While that's nice for self-esteem, the top colleges are not impressed if that recognition is not followed up with an equally strong (or close) SAT / ACT score. Second, the format differs. The PSAT is shorter and does not include an essay. The PSAT “writing" section is error recognition and grammar, all multiple choice. Third, the PSAT contains no “stopper" math questions, and thus gives high performing math students an untrue read. Fourth, the PSAT excludes some “third year math" that could show up on the SAT. Finally, the scoring differs, though not significantly. PSAT gives two-digit scores from 20 - 80 and SAT gives three digit scores from 200 - 800. For National Merit recognition, a strong PSAT verbal ability is doubly rewarded, as the formula is Math + Reading + Writing. Again, "Writing" should be called "error recognition" or "Grammar"; it is a 30 minute multiple choice section that comes at the end. It is NOT a handwritten entry.

There is a discernable difference in level of difficulty between PSAT and SAT. Counselors find that SAT scores move towards the median for Reading - i.e. high PSAT scorers usually fall on their SAT (unless they prep); low PSAT scorers usually rise on their SAT. Since the SAT tests the same level of reading and the same type of vocabulary as the PSAT, we surmise that this "norming" owes to the SAT being a longer test. Longer questions rein in extremes. For Math, the PSAT is meant to be easier. The test makers exclude some “third year" math that will show up on the SAT. Also, the PSAT does not have “stopper" questions. The hard questions on the PSAT Math come at the end, whereas very hard SAT math questions can come in the middle of a section. Students who struggle a long time with a single question are then pressed for time on the rest of the section, often leading to careless errors or incomplete sections. Our comparison of SAT Math and PSAT Math scores by students who take both tests within two months of one another shows the PSAT is 40 - 50 points easier on Math.

Since the PSAT is not the best indicator of SAT performance, we have an antidote for parents interested in seeing their child's likely SAT prowess early on. Buy The Official SAT Study Guide from Barnes & Noble. Have your child take any of these tests. (If taking the Ivy Bound course, use any of the last seven tests, as our students will get this book at Lesson 1 and we reserve the first three tests for true practice testing.). Though 30 minutes shorter, these tests contain the same questions that appeared on previous SATs. They can be scored at home on the same 200 - 800 scales. That will allow the student a realistic snapshot of how s/he would do on the test.

I say "snapshot" because by no means are SAT scores set in stone. The SAT measures knowledge and skills. Both can be coached. To the extent the SAT may measure intelligence (I'm agnostic on that issue), it's an intelligence that can be improved upon. It's not "randomness" that leads so many of our Ivy Bound / Rising Stars students to raise their scores 200 points or more.

Better: take the SAT in the sophomore year in addition to the PSAT. That gives a truer snapshot. SAT is worthy ANY time after a student has a semester each of Algebra and Geometry. The College Board now allows students to submerge scores, so SAT is now a better practice test than PSAT. (There is an issue -- as of fall 2009, some colleges are requesting that students submit all scores. All contend they use only the top scores they see but like “more information". Thus ostensibly a sophomore year score is a “freebie" – if really good, the score is a “keeper" if not, the better score earned later on controls the decision).

So, as you can see, the PSAT is a quick take on where pre-senior high schoolers are in their ability to deal with standardized college admissions testing. It's not a life-or-death situation, but the results can be helpful in indicating which areas need to be tended. Also, for those who score highly, it can possibly lead the way to some academic recognition and cash merit awards for college. See IvyBound's site for more helpful test-related information.