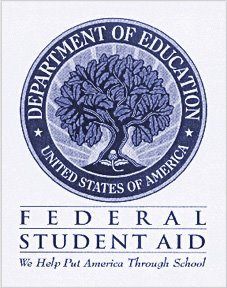 Do you know about Pell Grants?

No? Here's the scoop, then:

The Federal Pell Grant Program provides need-based grants to low-income undergraduate and certain postbaccalaureate students to promote access to postsecondary education. Students may use their grants at any one of approximately 5,400 participating postsecondary institutions. Grant amounts are dependent on: the student's expected family contribution (EFC) (see below); the cost of attendance (as determined by the institution); the student's enrollment status (full-time or part-time); and whether the student attends for a full academic year or less . . .

Unfortunately, like many other aspects of our Government, the Pell Grant program is in bad shape for funding. Why could this be important to you? Here are some bothersome facts from the AP wire:

As Weak Economy Drives People Back to School, Seminal Financial Aid Program in the Red

The Pell Grant program for needy college students is facing a massive shortfall as the country's bleak job market drives people back to school.

An administration official told The Associated Press the program will cost $18 billion more than Congress and the White House had anticipated over the next three years. The official, who was not authorized to speak publicly about the budget, spoke on condition of anonymity.

"The administration is working with Congress to fill the gap, and we are committed to making sure the U.S. has an educated work force able to fill the jobs of the 21st century," said the official, who is not authorized to speak publicly about the budget.

The red ink likely won't affect students and parents, but it will affect the federal government, which must find a way to come up with the extra $18 billion.

Shortfalls and surpluses are common in the Pell Grant program, which forms the foundation for federal college aid. Anyone who is eligible gets a grant, making it difficult for the government to anticipate how many people will apply. Pell Grants typically go to families earning less than $40,000, and about 6.3 million students received Pell Grants last year.

Yet the looming shortfall is the largest in the 36-year history of the program, with an entire budget of about $18 billion.

Lawmakers had approved a 13 percent increase in the maximum grant as part of President Barack Obama's economic stimulus law. That boosted this year's Pell Grant by about $600 to $5,350. It was a huge increase; the maximum grant has grown on average by less than 6 percent a year.

The chairman of the House Education and Labor Committee, California Democratic Rep. George Miller, said lawmakers will work together to make sure the program is funded, "as we do every year."

Miller sees a silver lining in the shortfall.

"In this difficult economy, it is good news that more people are going back to school to get the skills they need for in-demand jobs," he said. "We want to make sure we are doing everything we can to help them in this effort."

White House Budget Director Peter Orszag and Education Secretary Arne Duncan had a meeting with Miller and other committee chairmen about the shortfall last week.

The surge in college-going is no surprise, said Terry Hartle, lobbyist for the American Council on Education, the leading higher education group in Washington.

"College enrollment goes up when the economy goes down; it's been that way ever since the Great Depression," Hartle said.

What's surprising, he said, is the size of the shortfall.

Hartle said there are two factors at work: The economy is pushing people back to the classroom, and the big boost in Pell Grants not only increased the size of the grants, it made more families eligible for aid. The program's eligibility formula changes, letting more middle-income families into the program, whenever the grant amount increases.

Hartle said the bottom line will not change for students or their families.

"The good news is, they will get every dime they have been promised," he said. "It's bad news for the government, because they have to come up with an additional $18 billion. And given the federal budget deficit, how you do that is likely to prove something of a challenge."

What's a struggling college student to do? Can you say, "Bailout"?

What we need these days is another Moses, somebody who can part this Red Ink Sea. Cecil B. Demille, where are you now that we need you?