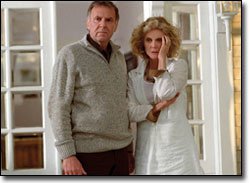 Parents, if your child is currently in the midst of his or her college application process, you are likely involved on some level. Some of you are more involved than others. In fact, some of you may well be the driving force behind that process, if you child isn't overly enthusiastic about all the time and effort involved in a proper admissions campaign.

Along with your managerial oversight inclinations comes a certain amount of anxiety about choice. You may be wondering whether or not your son or daughter has the right perspective about choosing college candidates, particularly in the area of why s/he wants to apply to certain schools. "Coolness" (whatever that means) is quite popular as a reason to aspire to specific colleges. Sports is another big reason. Who wouldn't want to attend a school that dominates in football or basketball? Of course, another (and perhaps the most dreaded) reason is because that's where the current love interest is applying to or attending. Talk about giving parents indigestion.

Jay Matthews, the venerable Washington Post blogger on college-related matters, has addressed the issue of parental angst, as it applies to the college search and enrollment process. It would do you well to ponder his musings. Here's what he says:

College quest is the child's, not the parents'

A frustrated parent brought an unnerving problem to my Admissions 101 discussion group on washingtonpost.com. The student (many of us in the group immediately assumed it was a boy) had gotten into a well-respected public university in his state and, the parent said, "adamantly refused to go on college visits or apply to any schools other than" his one and only choice.

"This child will graduate with a total of 14 AP credits this spring, carries a respectable 3.5 weighted GPA, has done well on the SATs and does numerous competitive academic extracurriculars - science, math, debate, honor societies, etc.," the parent said.

"As parents, of course, this is a great bargain for us: in-state tuition for a school with top-20 rankings in the science departments of that child's interest. But should we be concerned or worried about admissions . . . or that this child is missing other opportunities by not seeking out any further information on other college opportunities?"

I call this the boy problem, although I suspect some girls have it, too. When I speak or write on admissions issues, I encounter parents who envy the college eagerness displayed by other students and are driven to despair by the fact that their kid can't be bothered. These reluctant college applicants, at least in my experience, are usually male.

We guys mature more slowly. I certainly did. As a parent, should you push?

I think not, at least not very hard. The Admissions 101 family of discussants - we have been hashing out such stuff online for several years - tended to agree with me on this issue. "Sometimes we as parents have to sit back and watch life unfold for our children," said a New York parent whose son refused to visit colleges. "Otherwise, you risk being responsible for your child's happiness, or misery. Part of the process is letting go of your own expectations."

A lot of us tend to let our dreams of parenting a future Silicon Valley billionaire or a president of the United States get the better of us. It poisons some parent-child relationships. Most fathers and mothers do not insist that their children take only AP courses and do not lose it when the kids come home with anything less than an A-minus. But there are enough parents like that to make the college admissions process torture for many students, as well as guidance counselors, admissions officers and family psychologists.

I have collected enough stories about children dragging their feet on college applications to know that losing your temper rarely works. Patience is usually the best strategy. The junior who refuses to talk about college will have a different attitude when he is a senior and some of his friends have realized high school is not forever. Applications can be put together quickly. Some colleges still have spaces long after application deadlines - indeed, long after they have sent out acceptance letters.

Lay out the realistic alternatives to going to college, and be assured the student will eventually see what is in his best interest. One experienced commenter said the parent we were discussing should "make it clear that while you understand that the choice to apply to one school is his decision, you will not be sponsoring his year at home at Hotel Mom and Dad if he doesn't get in."

The prospect of having to get a job or go to community college "may encourage him to hedge his bets and apply to a safety school," the discussant said. "Also, have faith. Kids tend to figure it out, just not necessarily on your timeline."

Parents sometimes feel like the college admission process is a runaway train with their child steering the family toward a crackup - a college that would be bad for him. Keep in mind he can always transfer. That's what Barack Obama did, and he eventually got a pretty good job.

I know that my wife and I spent many hours discussing and postulating outcomes for our son's and daughter's college processes. Looking back, I can see now that some of that irrational anxiety was unmerited. However, try to split the difference between becoming a maniacal taskmaster and a head-in-the-sand, "I don't want to know" parent. Things have a way of working out. Trust me on that.