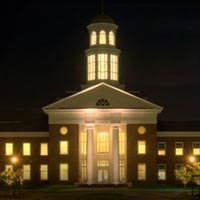 In case you haven't noticed, it's college ranking season again. In my last post I discussed the new U.S.News rankings. Now, Parade Magazine has come out with their version of "rankings," euphemistically referred to as an "A-List."

In its press release (and also in the introduction to their A-List article), Parade says, "No disrespect to Harvard, Yale, and Princeton, but you don't need to attend a fabled Ivy to get a big-league education! In this Sunday's upcoming issue, PARADE Magazine asked high school counselors across the U.S. to recommend outstanding schools that often fly under the radar. The results—and the sticker prices—may surprise you. From the best business schools, sate colleges, schools with flex-schedules and more, PARADE presents its College A-List."

As with the Forbes rankings, there are some unexpected, if not unfamiliar, names here. Check out the entire list on Parade's Web site. As always, some of the College Confidential forum posters have strong opinions. Here are a few samples:

- I agree that these are some great schools, but I hardly think that UVA, University of Texas and Wisconsin "fly under the radar". Likewise Penn is not only an Ivy, but isn't Wharton a very well known B-school?

I loved seeing Univ. Mary Washington on the list. Great school that is not as well known.

- What a lot of fluff! This was somehow written for Highpoint in combination with Parade magazine, and so I wondered where they would show up. This list is the most bogus non-objective one ever compiled. At least USN&WR and Newsweek tells you what criteria they used.

- Looks like the counselors on that list are all from private schools. At least that's true for our area. Interestingly, the local schools are high schools that have good reputations, but they aren't the top names. No 800-lb gorillas (the high schools with the strong national reputations).

- University of Chicago on their list of Liberal Arts Colleges???

When I searched the Parade site for more info on the rankings, I found some comments there, too:

PARADE: I want to easily and quickly view the list of top colleges - not have to click "next" 26 times and wait for the page to load 26 different times. Not very user friendly.

*/22/2010 parade issue shows High Point University as a top private school on page 12. But when I go to Parade.com/colleges, I can't find it. What am I doing wrong? Thanks

This is the worst organized article I ever encountered. A-List? No list. To find Arts colleges for Theater you have to click on 26 different pages to see which ones are for Theater. Ridiculous!

Well, those comments seem to show that when it comes to publishing college rankings (or A-lists, for that matter), you can please none of the people most of the time and some of the people hardly ever. I think that's how the saying goes. Anyway, check out this Parade but don't get behind the elephants!