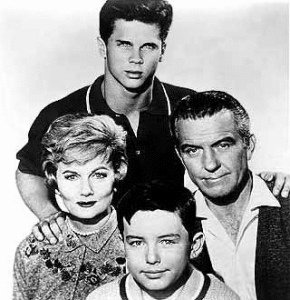 I've written about helicopter parents before. The College Confidential discussion forum has a spirited discussion about that topic, based on the topic of my post here today: Nancy Gibbs' Time article, The Growing Backlash Against Overparenting.

Here are some key points from Gibbs' article:

The insanity crept up on us slowly; we just wanted what was best for our kids. We bought macrobiotic cupcakes and hypoallergenic socks, hired tutors to correct a 5-year-old's "pencil-holding deficiency," hooked up broadband connections in the treehouse but took down the swing set after the second skinned knee. We hovered over every school, playground and practice field — "helicopter parents," teachers christened us, a phenomenon that spread to parents of all ages, races and regions. Stores began marketing stove-knob covers and "Kinderkords" (also known as leashes; they allow "three full feet of freedom for both you and your child") and Baby Kneepads (as if babies don't come prepadded). The mayor of a Connecticut town agreed to chop down three hickory trees on one block after a woman worried that a stray nut might drop into her new swimming pool, where her nut-allergic grandson occasionally swam. A Texas school required parents wanting to help with the second-grade holiday party to have a background check first. Schools auctioned off the right to cut the carpool line and drop a child directly in front of the building — a spot that in other settings is known as handicapped parking.

We were so obsessed with our kids' success that parenting turned into a form of product development. Parents demanded that nursery schools offer Mandarin, since it's never too soon to prepare for the competition of a global economy. High school teachers received irate text messages from parents protesting an exam grade before class was even over; college deans described freshmen as "crispies," who arrived at college already burned out, and "teacups," who seemed ready to break at the tiniest stress. (See pictures of the college dorm's evolution.)

This is what parenting had come to look like at the dawn of the 21st century — just one more extravagance, the Bubble Wrap waiting to burst.

A backlash against overparenting had been building for years, but now it reflects a new reality. Since the onset of the Great Recession, according to a CBS News poll, a third of parents have cut their kids' extracurricular activities. They downsized, downshifted and simplified because they had to — and often found, much to their surprise, that they liked it. When a TIME poll last spring asked how the recession had affected people's relationships with their kids, nearly four times as many people said relationships had gotten better as said they'd gotten worse. "This is one of those moments when everything is on the table, up for grabs," says Carl Honoré, whose book Under Pressure: Rescuing Our Children from the Culture of Hyper-Parenting is a gospel of the slow-parenting movement. He likens the sudden awareness to the feeling you get when you wake up after a long night carousing, the lights go on, and you realize you're a mess. "That horrible moment of self-recognition is where we are culturally. I wanted parents to realize they are not alone in thinking this is insanity, and show there's another way." (See the 25 best back-to-school gadgets.)

Fear is a kind of parenting fungus: invisible, insidious, perfectly designed to decompose your peace of mind. Fear of physical danger is at least subject to rational argument; fear of failure is harder to hose down. What could be more natural than worrying that your child might be trampled by the great, scary, globally competitive world into which she will one day be launched? It is this fear that inspires parents to demand homework in preschool, produce the snazzy bilingual campaign video for the third-grader's race for class rep, continue to provide the morning wake-up call long after he's headed off to college.

Some of the hovering is driven by memory and demography. This generation of parents, born after 1964, waited longer to marry and had fewer children. Families are among the smallest in history, which means our genetic eggs are in fewer baskets and we guard them all the more zealously. Helicopter parents can be found across all income levels, all races and ethnicities, says Patricia Somers of the University of Texas at Austin, who spent more than a year studying the species at the college level. "There are even helicopter grandparents," she notes, who turn up with their elementary-school grandchildren for college-information sessions aimed at juniors and seniors.

A certain amount of hovering is understandable when it comes to young children, but many educators are concerned when it persists through middle school and high school. Some teachers talk of "Stealth Fighter Parents," who no longer hover constantly but can be counted on for a surgical strike just when the high school musical is being cast or the starting lineup chosen. And senior year is the witching hour: "I think for a lot of parents, college admissions is like their grade report on how they did as a parent," observes Madeleine Rhyneer, dean of students at Willamette University in Oregon. Many colleges have had to invent a "director of parent programs" to run regional groups so moms and dads can meet fellow college parents or attend special classes where they can learn all the school cheers. The Ithaca College website offers a checklist of advice: "Visit (but not too often)"; "Communicate (but not too often)"; "Don't worry (too much)"; "Expect change"; "Trust them."

There are some interesting comments from parents on the College Confidential discussion forum complement Gibbs:

At five I walked to kindergarten in Queens by myself. I was expected to latch onto an older kid.

I did fine, but I was afraid and alienated.

Later when we moved to the suburbs my mom was the only one who let her kids walk to school in the pouring rain. We lived too close for the bus. I sure felt woebegone as the other parents whished by. Sometimes the puddles splashed back on us.

None of the other parents would pick us up to teach my MOM a lesson. Hey, she wasn't getting wet.

She claimed that she was building stronger adults. I just felt unloved. Now I think she was just lazy.

I probably was a little overprotective, but DD went to school in Manhattan and learned to navigate just fine. Went everywhere by herself, even a semester in London which wasn't a program. She applied directly into a British university and went over herself and set up her flat pretty much alone.

DS is at a rural LAC but has my old clunker and has learned to navigate by himself.

It's good to know that my reaction to my mother didn't cripple them for good.

They're off and independent. So am I.

So maybe all healthy people steer toward independence and the path doesn't matter all that much.

Still, my kids have often expressed the sentiment that it was nice to know they were loved. They were very kind to me and didn't resent my zealousness.

I find this topic very interesting, but I come at it from a teacher's viewpoint. My wife and I are both high school teachers in a poor rural district. I would kill for more helicopter parents! I feel I am more of a parent than I am a teacher recently. It seems so few parents are involved in their kid's lives that I spend a ton of time doing "parent things". While I know some parents go too far, I would rather have that "too far" than "not at all"! Kids are starving for attention today, you have no idea. The smallest kind word goes a mile. I wish I had a dollar for every time one of my students said, "I wish my parents cared for me like you do about your kids." Just food for thought.

The media will always find fault with parents - either they/we are too involved or they/we are neglectful. The facts may stay the same, but the "spin" can be different. For example, in MA, there was a movement a while back to make it child abuse to leave a child under the age of 14 alone at home. My d was babysitting for other children at 11! So were we helicoptering that I was always available to come help her if necessary, or were we neglectful because beginning at age 11, we'd go out to dinner and leave her by herself in the house (which she loved)?

The media will never report on parents who are doing things right, or at least doing the best they can.

So, parents, regardless of which side of the Cleaver Doctrine you're on, be aware that there is some serious debate about how you tend your flock. Perhaps the best approach is just to leave it to Beaver.