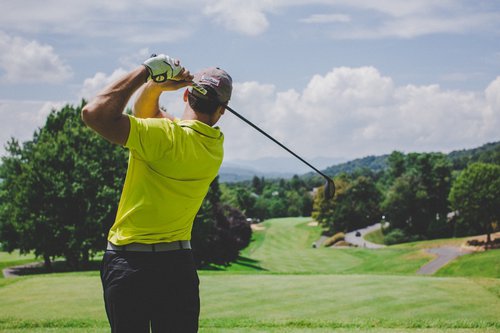 I have a question about extracurricular activities. My son is a junior at an affluent, suburban high school. He's a strong student -- 4.1 weighted/3.8 UW GPA, 1490 SAT, will have 11 AP/DE classes when he graduates. He does have extracurricular activities but very few at his school. He works full time during the summers as a camp counselor, takes guitar lessons, performs on guitar once a month at our church and also runs the sound board at church monthly and participates in a monthly community service activity at church. He golfs occasionally with friends but does not participate in the school golf team because it conflicts with his summer job.

He's tried a couple things at school but drops out because in his big and very competitive school there are just so many kids in every activity that he doesn't feel like it makes any difference that he's there. Also, he doesn't feel the need for school activities socially because he has a good group of friends. He's mainly planning to apply to larger state schools (NC State, Virginia Tech, James Madison University, University of Delaware and Clemson) that, according to Common Data Sets, put extracurriculars as "considered" or "important." Will it be an issue/red flag for colleges that he's not involved at his school, or is it seen just as favorably that he is involved in other things?

Given your son's strong academic record and testing, and the size and selectivity of his target colleges (i.e., large and competitive but not hypercompetitive), his extracurricular activities sound fine. The colleges with single-digit acceptance rates may be looking for class presidents who published novels or cured cancer, but the schools where your son is aiming are seeking applicants who found any worthwhile pursuits outside of the classroom ... even if this also means outside of school.

But here are a couple suggestions for when it's time for your son to fill out his applications:

1. He can (and should) include activities that aren't organized or official. His guitar lessons, for instance, should be on the roster for sure, and — if he plays for his own enjoyment (or yours!) at home, this can be listed, along with his monthly performances at church. Ditto other hobbies or interests that he pursues independently and that — when viewed through a parental lens — will qualify as appropriate application fodder (e.g., writing, cooking, camping, caring for siblings, etc. could count. Call of Duty wouldn't!). Similarly, he doesn't need to be Tiger Woods to note on his applications that he plays golf recreationally with friends.

2. There's no need to explain that he doesn't take part in school endeavors because of the size of his school and the feeling that he isn't making an impact. In other words, his application should focus on all that he does do and not on what he doesn't.

As you might imagine, admission officials can become pretty jaded from seeing so many multiple mentions of Key Clubs, Spanish clubs, yearbooks, Model UNs and marching bands. So reading about a kid who runs a sound board at church could provide a whiff of fresh air. Thus, as long as the college folks see that your son is engaged with others and using his free time productively, this is one aspect of the stressful admission process that you don't have to worry about.

Sally Rubenstone is a veteran of the college admissions process and is the co-author of three books covering admissions. She worked as a Smith College admission counselor for 15 years and has also served as an independent college counselor, in addition to working as a senior advisor at College Confidential since 2002. If you'd like to submit a question to The Dean, please send it along here.