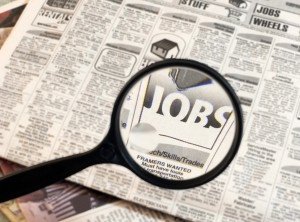 We've all read the discouraging reports about how tough the economy has been on college graduates the past two years. Now, though, we have some statistical data that can help quantify the situation, especially for you parents of college seniors who will be hoping to latch on to employment after graduation.

Also, for those of you parents with high school seniors, you're probably wondering about your offspring's college-choice decision. Should you and s/he go into significant debt for a better school even if there's no guarantee of a better job at graduation? For college-senior parents, you're no doubt wondering if your past four or so years of sacrifice will justify your child's accomplishments in the job market. It's a difficult situation.

Well, Monster.com has released its MonsterCollege survey, which shows, somewhat obviously, that college graduates are optimistic but expect a long haul. Here are the details:

According to the 2010 MonsterCollege Survey from Monster.com®, the leading job matching engine and flagship brand of Monster Worldwide, Inc. (NYSE: MWW), college graduates are keenly aware of the economic conditions that will be barriers to finding a job, and more (52 versus 40 percent in 2009) have moved back home while working a full time job to alleviate financial pressures. Of the recent college grads who have moved back home, 31 percent of those surveyed expect to stay with their parents longer than one year.

The annual survey, which polled 1,250 recent college graduates and those expecting to graduate in the next several years, also found that young job seekers are more realistic when it comes to salary expectations. 2010 saw a 13 percent decrease in the number of graduates who believe they would receive a starting salary greater than $36,000 per year, down from 45 percent in 2009 to 32 percent this year. Of the college grads participating in the MonsterCollege Survey, 66 percent say they have graduated with student loans, slightly up from 2009 levels – suggesting more college students are requiring financial aid.

Expressing determination and some new confidence, 49 percent of college grads polled said they would be willing to settle for a job outside of their chosen field, down from 58 percent in 2009. Future college graduates recognize the importance of gaining workforce experience with many expecting to graduate with at least one internship (81 percent in 2010 versus 77 percent in 2009). To increase their marketability in the current job climate, 36 percent of those surveyed also say they will consider grad school in order to earn a higher degree and delay searching for full time employment.

“2010 College graduates muted expectations for jobs mirror the challenging conditions for entry level college graduate jobs. While the economy is brighter, college graduates must be persistent and willing to do everything they can to land their first job out of college," said Jesse Harriott, senior vice president and chief knowledge officer, Monster Worldwide. "Recent economic data gives us hope that 2011 college graduates will have a much better job market to start their careers."

In addition to the students polled by the 2010 MonsterCollege Survey, over 200 companies who hire college graduates for entry level positions were also surveyed. The less than favorable sentiment among graduates looking for a job reflects current employers who are still very guarded about their college oriented hiring plans.

Social media has shown the largest increase in popular ways that new graduates are searching for positions. Thirty-eight percent indicated they found social networking sites somewhat or very useful in their job search; this is more than twice as many (15 percent) that cited social media as a useful job search tool in 2009. College job seekers are also tailoring their social networking profiles in order to make themselves more desirable candidates in the job market; 55 percent tailored their profiles in 2010, versus 49 percent in 2009.

Monster interviewed 1,250 respondents to an online survey between February 25 and March 15, 2010. Respondents included 515 college graduates, 115 who have a full time job and 402 who are involved in various stages of a job search. In addition, Monster interviewed 738 college students who expect to graduate in the next several years.

In addition, Monster interviewed 222 companies in an online survey between February 25 and March 12, 2010. These companies fell into a wide spectrum of industries, diverse U.S. geographic locations and company size in terms of employees.

For you parents of high school seniors, college graduation is at least four years down the road. Who knows what the employment situation will be like then? There are way too many variables to project even the slightest guess.

When I was in the corporate world, I always laughed when I was asked to contribute to my company's so-called Five-Year Plan, which seemed to get updated every five days. That led me to compose my Ode to Corporate Management, which goes:

It doesn't matter what you do,

good or bad, right or wrong.

They make it up

as they go along.

So, maybe the best overall advice we, as parents, can give our kids, about college or life in general, is: Do your best . . . day by day. The rest will take care of itself.