Articles / Admissions / Is College Worth It?

Is College Worth It? 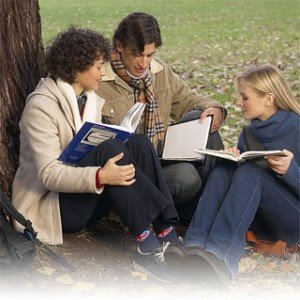 That's a question many parents are asking themselves when faced with the likelihood that they will be entering into a much deeper world of sacrifice and debt when the Ivy gates open wide for their son or daughter. I've written before here about the rising tsunami of student debt. It's a fact, not speculation. Beginning one's working life saddled with a huge, long-term financial burden is not a desirable option. Thus, the title of this post.

The Washington Post's Jenna Johnson has called our attention to a new survey by the Pew Research Center that targets this very topic. Johnson notes, "It's an argument that keeps popping up, especially as budget cuts and economic conditions push many students and their families to question whether they are getting what they have paid for (or will pay for in the years after graduation).

“[S]ince the early 1990s, colleges have been reinventing themselves using a business model, transforming themselves into Diplomas Inc., run by a new breed of college administrator more interested in retaining customers than educating students," education reporter Craig Brandon wrote in his recent book, The Five-Year Party."

Let's take a look at a summary of the Pew survey's key findings:

Cost and Value. A majority of Americans (57%) say the higher education system in the United States fails to provide students with good value for the money they and their families spend . . .

Monetary Payoff. Adults who graduated from a four-year college believe that, on average, they are earning $20,000 more a year as a result of having gotten that degree . . .

Student Loans. A record share of students are leaving college with a substantial debt burden, and among those who do, about half (48%) say that paying off that debt made it harder to pay other bills . . .

Why Not College? Nearly every parent surveyed (94%) says they expect their child to attend college, but even as college enrollments have reached record levels, most young adults in this country still do not attend a four-year college . . .

Split Views of College Mission. Just under half of the public (47%) says the main purpose of a college education is to teach work-related skills and knowledge, while 39% say it is to help a student grow personally and intellectually . . .

For Most College Graduates, Missions Accomplished. Among survey respondents who graduated from a four-year college, 74% say their college education was very useful in helping them grow intellectually . . .

Above All, Character. While Americans value college, they value character even more. Asked what it takes for a young person to succeed in the world, 61% say a good work ethic is extremely important . . .

There's much more, so check it out. Plus, as Jenna Johnson asks, "What do you think? Is college easier than a decade or a generation ago? Or is it just different? Let me know in the comments."