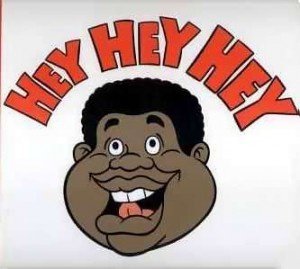 Hey, high school seniors, how's your physical conditioning? Are you active in sports or do you keep yourself in shape with your own exercise regimen? "Why is this important?" you may be asking.

Well, it looks as though at least one college has made it mandatory that its students be in shape (at least BMI/weight-wise) in order to graduate. Yikes! How dare a college say that I'm fat!

Apparently, Pennsylvania's Lincoln University has made it a requirement to be in at least reasonable shape before its students can satisfy graduation requirements:

PHILADELPHIA (AP) - A Pennsylvania university's requirement that overweight undergraduates take a fitness course to receive their degrees has raised the hackles of students and the eyebrows of health and legal experts.

Officials at historically black Lincoln University said Friday that the school is simply concerned about high rates of obesity and diabetes, especially in the African-American community.

"We know we're in the midst of an obesity epidemic," said James L. DeBoy, chairman of Lincoln's department of health, physical education and recreation. "We have an obligation to address this head on, knowing full well there's going to be some fallout."

The fallout began this week on Lincoln's campus about 45 miles southwest of Philadelphia, where seniors - the first class affected by the mandate - began realizing their last chance to take the class would be this spring.

Tiana Lawson, a 21-year-old senior, wrote in this week's edition of The Lincolnian, the student newspaper, that she "didn't come to Lincoln to be told that my weight is not in an acceptable range. I came here to get an education."

In an interview Friday, Lawson said she has no problem with getting healthy or losing weight. But she does have a problem with larger students being singled out.

"If Lincoln truly is concerned about everyone being healthy, then everyone should have to take this gym class, not just people who happen to be bigger," she said.

The mandate, which took effect for freshmen entering in fall 2006, requires students to get tested for their body mass index, a measure of weight to height.

A normal BMI is between 18.5 and 24.9. Students with one that's 30 or above - considered obese - are required to take a class called "Fitness for Life," which meets three hours a week.

The course involves walking, aerobics, weight training and other physical activities, as well as information on nutrition, stress and sleep, DeBoy said.

As of this fall, DeBoy estimated about 80 seniors - 16 percent of the class - had not had their body mass index tested nor taken the fitness class. Some of those students will likely be exempt from taking the class once they get their BMI results, he said.

Health experts applaud the school's intent, if not its execution. Mark Rothstein, director of the bioethics institute at the University of Louisville's School of Medicine, said being forced to disclose such health information is "at least awkward and often distasteful."

And it doesn't necessarily lead to the best outcomes, he said, noting that "when the (health) goals are imposed on people, they don't do that well in meeting them."

DeBoy stressed that students are not required to lose weight or lower their BMI; they must only pass the class through attendance and participation.

"It's the sound mind and the sound body concept," DeBoy said. "I think the university, to its credit, is trying to be proactive."

Some experts said recent amendments to the Americans with Disabilities Act might lead to exemptions for morbidly obese students, who could argue that participating in the class would be dangerous.

Also, students need more than exercise, said Marcia Costello, a registered dietitian in the Philadelphia area. The university should make sure its dining halls and vending machines offer healthy choices, she said.

Costello, an assistant professor of nursing at Villanova University, also noted that body mass index can be misleading. Since muscle weighs more than fat, "it is possible to be overweight and still be physically fit," she said.

Lawson, a mass communications major, said while she believes her current BMI would exempt her from the class, she's going to take it anyway "because I would like to be healthier."

"This was a decision that I made," she wrote in The Lincolnian, "and that's the way it ought to be."

This should be an interesting situation to follow. How soon before we see the race card being played and high-profile lawyers jumping on the BMI bandwagon? If you'd like more information about this, just keep your eye on Google.