Articles / Paying for College / Have Cash. Will Enroll.

Have Cash. Will Enroll.

Some of you parents out there may remember the old TV Western Have Gun. Will Travel. In it, gunslinger/high-society maven Paladin would lend his considerable shooting skills to those who needed help. All for a considerable fee. Thus, those who could pay, got the help that they needed.

The common link to modern college admissions is, as in many cases, money. Those who have it, sometimes get what they want. Higher education is a business, regardless of the lofty ideals promoted by campus public relations offices. Therefore, if an admissions office sees a ballpark applicant whose family has big bucks (in other words, a "full pay," as they're called), formerly stringent admission standards are sometimes relaxed to allow for the full incoming flow of tuition and the diminished outflow of financial aid funds for that applicant. Makes good biz sense from where I sit. 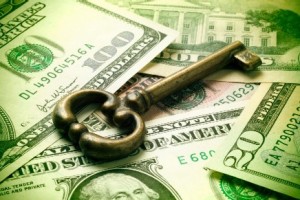 How do we know this to be true? Well, there's an interesting article on Braintrack.com about that very issue. Have a look.

Affluent applicants who don't need financial aid are more likely to be accepted to colleges and universities--even some of those that claim to be "need-blind."

"Most colleges practice need-blind admissions, where they do not consider a student's financial need when deciding whether to grant admission," writes Mark Kantrowitz, publisher of FinAid.org and FastWeb.com. "But very few colleges are completely need-blind, as financial need often affects the admission of wait-listed, international and transfer students. Accordingly, full-pay qualified applicants are somewhat more likely to be admitted at some colleges, affecting up to 5 percent of the admitted students."

The bottom line, writes Kantrowitz, is that wealthier students who don't need financial aid may have a "slight admissions advantage," particularly those who are wait-listed.

As colleges and universities grapple with reduced funds along with increased demand for financial aid, wealth is increasingly playing a stronger role in college admissions than ever before. As early as March 2009, The New York Times reported that many schools were finding ways to increase the number of admitted students who pay full tuition--even while still maintaining a "need-blind" policy.

"If you are a student of means or ability, or both, there has never been a better year," noted Robert A. Sevier, an enrollment consultant to colleges, who was quoted in the Times.

U.S. News & World Report echoed that feeling a year ago for 2010 college applicants. "Full-pay students are getting a break in terms of admission," said Judy Zodda, a private admissions counselor from Massachusetts who was quoted by U.S. News. "If they are borderline admits and full pay, they are getting in this year. That was not true three years ago."

That fiscal reality is becoming even more apparent to institutions now. At the College Board's annual forum last October, admissions and financial aid officers discussed how to maintain need-blind policies while still being fiscally responsible.

"There's simply not enough money to admit all eligible applicants," said Jim Swanson, director of financial aid for Colorado College, who was quoted by Inside Higher Ed. "Choices have to be made. . . . I hate to say it, but it's pure economics."

While you may view the statement, "Affluent applicants who don't need financial aid are more likely to be accepted to colleges and universities -- even some of those that claim to be 'need-blind'" as a big DUH!, you may not be fully aware of the power a family's money has in influencing college admission decisions. Even if an applicant is outside "ballpark" qualifications, if his family has enough money, then he moves into another category of specialized consideration: the development candidate. Ah, there's no business like higher-ed business.