Harvard Yard in Your Closet 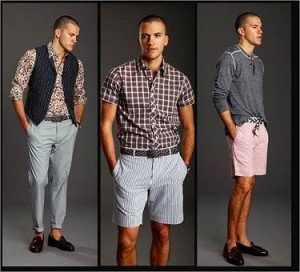 Things must be worse than we thought with Harvard's endowment. This has been a terrible year for colleges across the land, thanks to the recession (some even called it a "depression"). Endowment investments went south faster than a scared flock of Canada geese in October.

As you no doubt know, college endowments provide a significant portion of a school's ability to provide financial aid to its students. Thus, when the endowment shrinks, much pressure comes to bear on the administration and keepers of the cash to maintain a competitive aid position.

Well, the big brains at Harvard University have found a creative solution to augmenting their financial aid coffers: a new clothing line called Harvard Yard. Here are some details:

The expensive line of clothes will benefit Harvard's

For over 350 years, Harvard Yard has been the center of Harvard University. It houses 13 of Harvard's 17 freshman dorms, four libraries, five buildings of classrooms and academic departments as well as the central administrative offices. Now, it will be known as a preppy clothing line.

According to Harvard newspaper The Crimson, “Clothing manufacturer Wearwolf Group announced last week that it had licensed Harvard's recently trademarked phrase “Harvard Yard" for 10 years in a deal made through Collegiate Licensing Company."

The clothing line will be available in early 2010 with costs ranging from $160 for shirts to $495 for sport coats. “Harvard Yard" was inspired by photos of students hanging out there in the 1950s and 1960s and is targeted to 25-to-45-year-olds. A number of the clothes will be named after buildings on campus such as Yenching and Holyoke.

It is not meant to be a line for college students and some of them are not enthusiastic about the clothing. One student, J.P. Stilz, told the Crimson “I think it's going to be bad for Harvard's image. We already have an image that all of our students are aristocratic, preppy bastards, frankly. So as an undergraduate student I'm kind of taken aback a little bit that that's going to be happening, and I almost want to laugh at it."

“Harvard Yard" clothing will not have the Harvard logo or shield, but will have crimson around button holes, and zippers as well as “Harvard Yard" in a couple locations. The deal has been in the works for several years and is one of many deals Harvard makes that brings them in over a $1 million a year.

There has been a bit of a negative backlash from bloggers and late-night talk show hosts as well as students. Jimmy Fallon joked recently: “Harvard University is launching a new clothing line called Harvard Yard...Of course the clothes are really hard to get into, unless your father wears them first.''

It's easy to say it's going to make Harvard look even more preppy and be bad for the University, but the bottom line is it brings in money for financial aid. If people want to pay a lot of money for clothes with “Harvard Yard" on them, good for them. If I went to Harvard, I'd be a little embarrassed about it, but then I'd remember I go to Harvard and get over it.