As financial aid letters trickle down from college acceptances all across the nation, students and families begin to see how colleges help with paying for those sky-high fees. There are those wonderful outright grants, which mean that there is no requirement to repay them. They are a gift, free and clear. Some grants are quite significant, depending on a family's demonstrated need, as assessed by the FAFSA (Free Application for Federal Student Aid), CSS Profile (CSS = College Scholarship Service), and sometimes the college's own specific financial aid form. Grants can also be considered as a "discount" off of the so-called "sticker price" of college costs.

Then there are the pure scholarships, which are usually awarded based on merit. That means that a college looks at an accepted student's overall profile, especially academics, and decides how much merit money they would like to offer the student in order to encourage the applicant to enroll. Merit scholarships (sometimes referred to as merit "awards") can be big. Some colleges award what they refer to as their Presidential Scholarship, which is generally their most prestigious award. It is usually a renewable award, contingent on continued excellent academic performance. Then there are the "weird" scholarships. 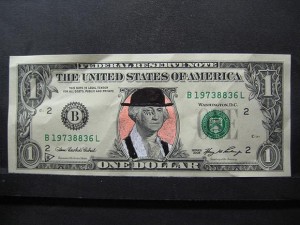 I refer to them as weird because they require an odd assortment of applicant qualities in order to qualify for consideration. I found a good review of some of these unique scholarships in an article from TheBestCollege.org site. 15 Of The Weirdest Scholarships In America tells of some truly odd aid awards that are worth noting, even if just out of curiosity. Let's take a look at some, just for fun.

The article leads off with a few qualifying statements: There are literally thousands of programs available across the United States to assist needy and talented students with achieving their college dreams. Keeping that in mind, it’s inevitable that there are some who stand out a bit more than others.

Just about anybody on the internet has read about duct tape prom outfits, but there is a wealth of strange scholarships out there, and they’re only a mouse click away. This list highlights some of the best and wackiest, from scholarships awarded to Star Trek fans to those who encourage organ donation and duck calling.

Maybe my personal favorite is The National Association to Advance Fat Acceptance Scholarship. Of course, I may have selfish reasons for wanting to have overweight people be more readily accepted (but I'll never tell). The deal here is "This award goes to student fashion designers who express an interest in designing clothes for the plus-size figure and provide drawings of their ideas." Fair enough.

How about The Chick and Sophie Major Duck Calling Scholarship? "High school seniors who find themselves talented at calling ducks can partake in this national competition where the champion duck-caller wins $2,000. The competition has been running for thirty-four years now and takes place during the Duck Festival in Stuttgart, Arkansas. If you attract the ducks in the image above I’m fairly sure you automatically win."

Then there's The Excellence in Predicting the Future Award. "The name may be a little snarky, but this scholarship isn’t intended to go to future Miss Cleos. Rather, it’s awarded to students who intend to study economics, to encourage them to focus on market prediction. The scholarship is run as a contest where applicants participate in a simulation prediction market, and whoever makes the most money by the deadline gets $400 in real-world money." But you probably saw that coming, right?

The Patrick Kerr Skateboard Scholarship is available if "you ollie, nollie, and three-sixty, you can apply for this scholarship. The award was named for Patrick Kerr, a skateboarding activist and youth organizer who operated in the Philadelphia area." I pretty much skated through college, but this beauty wasn't available way back then.

Inevitably, The Starfleet Academy Scholarship offers "only $500, but that’s no amount to sniff at. As long as you’ve been a Starfleet member in good standing for one year, you can apply for one of the Starfleet Academy Scholarships, all of which are named after characters and performers who have been featured on Star Trek. The celebrities in question actually sponsor their named scholarships as well." So, do a mind meld and apply.

That's just a quintet of highlights from this review of 15 whacky scholarships. Check out the remaining ten and see if you might care to set your sights on one as your college process develops. They may be weird, but their money is green.