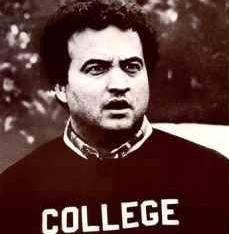 It's that time of year again. We're approaching mid-December when the ED and EA application decisions come out. Now and early spring (mid-March through early April) are the two most heart-pounding times of year for the millions of high school seniors (and their parents) who have worked so hard (well, some not so hard) over the years for this moment of decision.

So what should you do (and think) if you should get the dreaded thin envelope or bad-news email before Christmas? Here are some thoughts that might help:

Getting a rejection letter from a college or university doesn't make you a bad person. Unfortunately, some high school seniors see themselves in a less-than-positive light when they read the bad news from a highly desired institution.

Take a little time to feel disappointed about not getting into your most-desired school(s). It's perfectly natural to feel bad. Don't dwell on it, though, and, by all means, don't develop an obsessive attitude about it. Don't hate that school from this moment on. Don't view successful candidates as elitist snobs. Accept the fact that you didn't make the cut--for whatever reason--and get on with your life. Now it's time to dust off those applications "in waiting," the ones you held in reserve, just in case your ED/EA app(s) didn't work out.

The Wall Street Journal's Sue Shellenbarger also has some encouraging words about rejection:

With a high-school senior and a college sophomore in my family, plus numerous family friends at the same stage, college admissions decisions have been a hot topic in our lives for several years. Watching teens I know react to being admitted or denied, I sometimes wonder whether rejection letters carry too much weight with today's kids.

Rejected by a prestigious university, a neighbor's daughter cried inconsolably for hours. One father told me he that he, his wife and their daughter were all discouraged for weeks when six of their daughter's seven target schools rejected her. Another teen shared a rejection letter from a private liberal-arts college, which asserted that officials had completed a “holistic review" of his application and emphasized over and over that his merits had been examined in every possible way. His response: “I guess that means I've been holistically rejected."

Such scenes are playing out more often this year, as reported in today's “Work & Family" column. Many members of this spring's record-large U.S. high-school class of 2009 applied to a longer list of colleges than ever – about 8 to 12 per student, estimates Seth Allen, president of the Common Application, a nonprofit group of about 350 colleges and universities, and dean of admissions at Grinnell College.

Some critics say today's kids have never learned to deal with rejection. “This is a generation of kids where everyone on the soccer team gets a trophy. You show up and you're rewarded," one admissions dean says. A college denial letter may be the first significant rejection the teen has received.

At least one other factor is at work, in my opinion: A change in the admission process. As college applications have become more competitive, colleges have coached applicants to include more personal stories, more markers of individuality, more evidence of heartfelt desire, to help their application stand out among tens of thousands. Many kids respond by pouring themselves “heart and soul" into their applications, as one teen told me.

“Colleges tell you not to take their decisions personally," says Isaac Chambers, 17, Champaign, Ill. “Yet throughout the whole admissions process, they tell you to make your application personal and pour out your life stories to them. It's easy to feel like you failed."

Fortunately, kids can take refuge in humor. At Palo Alto High School, in Palo Alto, Calif., seniors posted 113 denial letters on “The Rejection Wall," including some spoofs crafted by students, says senior class president Becky Byler. Sharing their disappointment helped kids lighten up and regain perspective. “Despite the harsh words written, a rejection letter doesn't change our overall worth or abilities," she says.

Come this spring, after all the college admissions dust has settled, look at all your results, then embrace those schools that have embraced you. Select the one that best suits your needs and prepare to have a great higher-education experience. Yes, indeed; there is life after rejection.