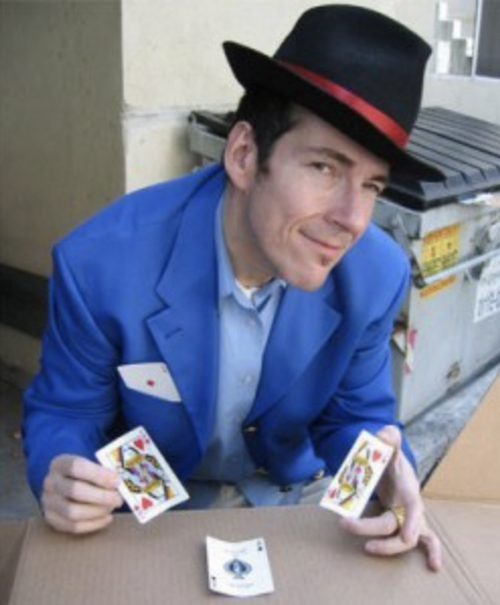 Are you weary of the tidal wave of scams coming at you from "out there"? Well, here's one to add to your list: student loans that trick you into thinking that they are Federal government loans. As Consumerist.com notes:

Some students who didn't read the fine print are finding out too late that what they thought were federal student loans were actually private loans. The mistake is the difference between a 6% and 18% interest rate.

Here's the front end of an informative article by Kathy M. Kristof in the Los Angeles Times that can help you avoid this trickery:

Natalie Hickey left her small hometown in Ohio six years ago and aimed her beat-up Dodge Intrepid for the West Coast. Four years later, she realized a long-held dream and graduated with a bachelor's degree in photography from Brooks Institute in Santa Barbara.

She also picked up $140,000 in student debt, some of it at interest rates as high as 18%. Her monthly payments are roughly $1,700, more than her rent and car payment combined.

"I don't have all this debt because I was buying stuff," said Hickey, who now lives in Texas. "I was just trying to pay tuition, living on ramen noodles and doing everything as cheaply as I could."

Hickey got caught in an increasingly common trap in the nation's $85-billion student loan market. She borrowed heavily, presuming that all her debt was part of the federal student loan program.

But most of the money she borrowed was actually in private loans, the fastest-growing segment of the student loan market. Private loans have no relation to the federal loan program, with one exception: In many cases, they are offered by the same for-profit companies that provide federally funded student loans.

As a result, some students who think they are getting a federal loan find out later that they hold a private loan. The difference can be costly.

Most students have little experience in taking out loans, yet the federal government doesn't require lenders to disclose the total cost of a student loan and other terms upfront -- before signing -- as it does for car loans and mortgages.

"Students are in the cross hairs, being bombarded by very sophisticated and, to some extent, ethically marginal lenders," said Rep. George Miller (D-Martinez), who sponsored legislation passed this year that will require lenders to provide more disclosures on fees. "My fear is that we are developing a predatory market, just like we have had in mortgages."

About $15 billion in private student loans are expected to be funded this year, a 900% increase from a decade ago, according to the nonprofit College Board. Private loans are growing faster than federally guaranteed loans, which rose 59% over the same period, in part because of limits on how much students can borrow with the government's backing . . .

The article covers five Web pages, so there's lot to digest. However, it's worth the time to consider just so that you won't become the nlatest victim of the myriad hucksters just waiting to snatch your wallet or purse.

It's a treacherous world out there. Be careful . . . and well informed!