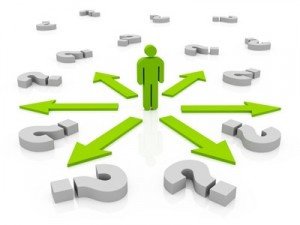 Why do high school seniors (and their families) make the decisions they do about which college will get an enrollment deposit? These are not "normal" times in America (or in the world, for that matter). The economic wreckage that has resulted from the various collapses has put tremendous strain on many families who in better times had a different mindset about which might be the best college for a son or daughter.

Today, due to state budget cuts, Federal changes in student loans, unemployment, and -- perhaps more importantly -- the impact of the economy on college endowments, traditional college selection criteria have undergone an unpleasant transformation. State universities, which used to be a relative bargain for higher education, have now become, in many cases, prohibitively expensive for many families. Financial aid at formerly generous private schools has dwindled and some merit scholarships have either gotten smaller or disappeared completely.

Some new light has been shed on why seniors are choosing the colleges they do these days. A new survey by Fastweb.com and Maguire Associates points out some of the reasons behind of today's enrollment decisions. Let's take a look.

- More than one-third (37%) of seniors reported that the current economy heavily or highly influenced where they ultimately enrolled.

- Nearly one-third (31%) of those who did not enroll in their first-choice school said that their main reason was that they could not afford it.

- The survey findings also confirm the importance of cost and financial aid in students' decision making. Two of the most important reasons they enrolled at their chosen school were financial – "scholarship or financial assistance" (43%) and "total costs" (41%).

- Still, "quality of major" ranked highest in their decisions (45%) and "academic reputation" (38%) was also paramount.

- More than half of the seniors surveyed (56%) received need-based financial aid from their enrollment schools.

- However, eight out of 10 respondents (82%), did not receive what they were hoping for.

- Over half (54%) of survey respondents recalled reading information on a social media site about the school where they chose to enroll.

I think that it's easy to see the major impact of today's economic realities on college enrollment decisions. It's also clear that social media (and, as before, peer influence) can be a significant factor.

The full survey release can be found here.