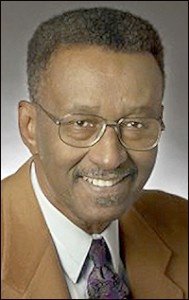 Some current commentators have issues with the modern state of higher education, specifically how "academic dishonesty" has diluted--or even "devalued"--the value of today's college degrees.

One such commentator is Walter Williams, whose recent editorial points out, in his opinion, the reasons for this situation. See if you agree:

College education is a costly proposition with tuition, room and board at some colleges topping $50,000 a year. Is it worth it? Increasing evidence suggests that it's not. Since the 1960s, academic achievement scores have plummeted, but student college grade point averages (GPA) have skyrocketed. In October 2001, the Boston Globe published an article entitled "Harvard's Quiet Secret: Rampant Grade Inflation." The article reported that a record 91 percent of Harvard University students were awarded honors during the spring graduation. The newspaper called Harvard's grading practices "the laughing stock of the Ivy League." Harvard is by no means unique. For example, 80 percent of the grades given at the University of Illinois are A's and B's. Fifty percent of students at Columbia University are on the Dean's list. At Stanford University, where F grades used to be banned, only 6 percent of student grades were as low as a C. In the 1930s, the average GPA at American colleges and universities was 2.35, about a C plus; today the national average GPA is 3.2, more than a B.

Today's college students are generally dumber than their predecessors. An article in the Wall Street Journal (1/30/97) reported that a "bachelor of Arts degree in 1997 may not be the equal of a graduation certificate from an academic high school in 1947." The American Council on Education found that only 15 percent of universities require tests for general knowledge; only 17 percent for critical thinking; and only 19 percent for minimum competency. According a recent National Assessment of Adult Literacy, the percentage of college graduates proficient in prose literacy has declined from 40 percent to 31 percent within the past decade. Employers report that many college graduates lack the basic skills of critical thinking, writing and problem-solving and some employers find they must hire English and math teachers to teach them how to write memos and perform simple computations.

What is being labeled grade inflation is simply a euphemism for academic dishonesty. After all, it's dishonesty when a professor assigns a grade the student did not earn. When a university or college confers a degree upon a student who has not mastered critical thinking skills, writing and problem-solving, it's academic dishonesty. Of course, I might be in error calling it dishonesty. Perhaps academic standards have been set so low that idiots could earn A's and B's.

Academic dishonesty and deception go beyond fraudulent grades. "Minding the Campus" is a newsletter published by the Manhattan Institute. Edward Fiske tells a chilling tale of deception titled "Gaming the College Rankings" (9/17/09). The U.S. News and World Report college rankings are worshiped by some college administrators, and they go to great lengths to strengthen their rankings. Some years ago, University of Miami omitted scores of athletes and special admission students so as to boost SAT scores of incoming freshmen. At least one college mailed dollar bills to alumni with a request that they send them back to the annual fund thereby inflating the number of alumni donors.

"Gaming the College Rankings" contains an insert by John Leo, who is the editor of "Minding the Campus," reporting that in the mid-1990s, Boston University raised its SAT scores by excluding the verbal scores of foreign students whilst including their math scores. Monmouth University simply added 200 SAT points to its group scores. University of California reported that 34 of its professors were members of a prestigious engineering association when in fact only 17 of their current faculty were. Baylor University offered students, who were already admitted to the university, $300 in bookstore credits to take the SAT again in the hopes of boosting Baylor's SAT averages.

Academic dishonesty, coupled with incompetency, particularly at the undergraduate level, doesn't bode well for the future of our nation. And who's to blame? Most of the blame lies at the feet of the boards of trustees, who bear ultimate responsibility for the management of our colleges and universities.

I posted a link to this editorial on the College Confidential discussion forum. The comments it inspired are interesting. Here are a few samples:

I love Walter Williams, too.

I will always remember how he once talked about how it used to be important to "behave properly" to protect the "family name". There was a time when parents would say that bad behavior would "ruin the family name." That has pretty much disappeared, and he wanted to bring that idea back.

I know there is grade creep involved in HS. And they recentered the SAT about 15 years ago. Prior to that MENSA would take SAT results as equivalent of an IQ test; not so any longer (FWIW). On the other hand, I know that my children were much better prepared for college than I was, and are smarter than I am.

I think our top students are much better prepared academically at my children's high school than the top students were at mine. The breadth of their math and science courses in particular is superior to what was offered to us. However, the middle and bottom thirds today seem to be far worse off, and many cannot read on a high school level, do simple mathematical calculations (like make change) or write coherently with proper punctuation. They also lack basic cultural literacy and knowledge of American history, world geograpy, etc. One reason for the difference, though, could be due to the fact that the non-academically oriented students of my generation were encouraged to go the Vo-Tech route. It was socially acceptable and provided for decent-paying jobs after graduation. Now, most parents I know would rather die than see their child go to Vo-Tech school. So these kids stay in the regular curriculum all four years and flounder. If they go on to college, they require remedial classes.

I also think that teaching methodology today is better than it was in my time. My S took an Anatomy-Physiology course in our Community College, and there were several 3D models at the college that made my jaw drop, for instance. We had to "imagine" it all from text, and the drawings and diagrams in the book. So of course, if kids learn more and learn it better, they would tend to get better grades, especially the best students in the best schools. So if you are grading against the total content of the course, and not comparing one kid's knowledge against another's, you might get a greater percentage of kids that are close to perfect than you used to have 20 or 30 years ago. The internet also makes things incredibly easy. Literature review paper due soon? No more looking for old articles in the library, or walking to it in the snow. Just google them!! Forgot what the homework was, or lost it? Email a friend, or a professor, or look it up on the intranet. When I went to visit JHU I attended a lecture, and I was amazed to see all the kids had the current class topic on their lap-tops. Wow!! It seemed like you don't even have to take notes anymore!!

So, whether or not you agree with Walter Williams or any of the comments on the College Confidential forum, I think it's safe to say that college graduates of the past 10 years or so have faced an entirely different world than those who preceded them. Let us know your thoughts.