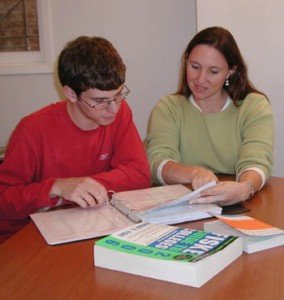 If you're considering hiring an independent college admissions counselor for your son or daughter this year, you may be interested to know that there are some new ethical guidelines in place to guide that industry. The ever-increasing competition for seats at America's top colleges and universities has given rise to a burgeoning industry of men and women devoted to helping high school seniors get an edge in the college admission process.

Consequently, this unregulated industry has been blemished from time to time by charges that counselors have been known to write essays for applicants and attempt to exert excessive influence in colleges' decision making process. Although virtually none of these changes has been proven, the perception now and then bespeaks reality.

USAToday's Scott Jaschik discusses some new ethical initiatives established in hopes of quelling the alleged lapses of independent counselors. Here's what he says:

The number of families hiring private counselors to advise them on the college application process continues to grow, with one recent study estimating that 26% of "high achieving" students now make use of such counselors. The field is unregulated and includes many one- or two-person operations, as well as large, slick businesses that boast about their clients' track records.

The Higher Education Consultants Association, which represents 500 of the counselors in the field and is one of the two organizations of these counselors, has just adopted its first detailed ethics code, reflecting some of the issues in the field. The other organization, the Independent Educational Consultants Association, already has a detailed ethics code.

The IECA has more members, although they include counselors who help families get into private elementary and secondary schools as well as into colleges, while HECA focuses only on getting into college. Both groups also expect members to abide by the Principles of Good Practice of the National Association for College Admission Counseling, although that group's membership and ethics code are broader, focused on issues that affect those who work on both the high school and college side of admissions.

Scott Hamilton, a private counselor in California who is chair of HECA's communications committee, said that members wanted a statement of principles not because of a sense that many were operating in unethical ways, but because it was important for counselors, client families and colleges to have a better sense of what private counselors will and will not do. Many of the measures are consistent with IECA and NACAC guidelines, particularly guidelines promoting honesty in communications with all parties, and protecting the confidentiality of students as they consider their college options.

Others, however, deal with issues that may be more specific to the private counselor field. For example, counselors are banned from taking payments from colleges or high schools for referrals or placements of students (although there is an exception that allows counselors to accept posters and mugs or banners from colleges).

Responding to concerns that some private counselors' websites seem to promise an ability to get students in to various colleges, the HECA standards say that counselors must agree that the "promise or guarantee of college and/or university placement is beyond the scope of an education consultant and may not be communicated or inferred from written or verbal statements made by a HECA member."

And amid complaints from admissions counselors about so-called "DDI" application essays (the acronym stands for "Daddy Did It"), the HECA standards state that counselors must "advise students to be the sole author of their application and essays and counsel against inappropriate assistance from others — however well meaning. HECA members may provide general guidance, direction and review of the application, as needed, to minimize unintentional errors and omissions." The language is similar to the IECA's prohibition, which says: "Members shall not write application essays or any portion of an essay for students. Their role is to serve as advisors, to question, coach and encourage students to fully and honestly express the best that is within them."

Among private counselors, just about everyone would say that they have real limits on how much help they would provide on an essay, generally limiting themselves to asking good questions and looking for typos — consistent with the counseling groups' recommendations. But on their websites, some describe a fairly involved approach.

IvyWise, a high end counseling service, describes its essay help this way: "An IvyWise counselor will work with the student in-person or by phone, fax or email. While we do not write essays for students, we do make detailed suggestions for content, structure, style, tone, vocabulary and spelling. We review, comment and correct subsequent revisions until the student and counselor agree the essays are in optimal shape for submission."

One area where HECA's standards go beyond IECA's concerns communications with admissions offices: Counselors are told that they may "not lobby colleges or universities on behalf of students."

Hamilton, of HECA, said that he viewed this prohibition as being directed as much at advertising as at actual practice. He said that most admissions counselors do not want to be called by private counselors, and that most counselors don't do so. But he said that he sees counselors who promote themselves by mentioning their own backgrounds in admissions offices, suggesting that "they have pull." HECA wants to oppose this form of self-promotion (and the practice when it occurs), he said.

Dodge Johnson, president of IECA, said his group had not moved to ban lobbying in part because it does not appear to be a problem and in part because some conversations with admissions offices may be helpful to all involved. He said he doesn't call a lot, but he has when he needs to convey "information that they may not get elsewhere."

Such conversations, he said, aren't about lobbying so much as explaining special circumstances, such as an applicant's learning disability or special interest. While such conversations are helpful, he said, "you have to use care in your contacts with colleges."

The influence of lobbyists in our government is easy to see. It's a fact of life. However, the IECA is attempting to keep that same depth of influence from developing in the independent counseling industry. Personally, I have to give the colleges' admission departments more credit than the IECA apparently does. In my view, it's a rare admissions office that would allow a counseling lobbyist to have any substantive influence over an admission decision. It's just a matter of common sense and good business practice.