Login Sign Up
Thanks for subscribing! Be on the lookout for our next newsletter.
College is saved to My Colleges.

College Waitlists Are Longer Than Usual: Here's What Waitlisted Students Need To Know 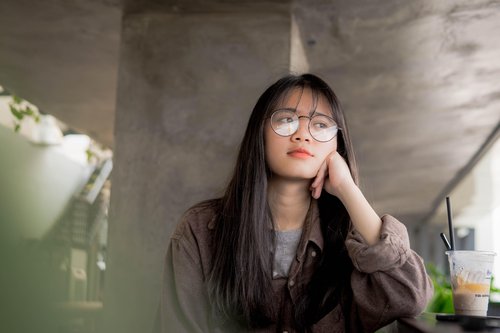 Photo by Quốc Bảo from Pexels

After months of researching, applying and waiting, college-bound high school seniors are hearing back from colleges, but more students than usual may find that the waiting game isn't over yet — they've been waitlisted. Cynthia C. Muchnick, M.A., long-time college admissions expert and co-author of "The Parent Compass: Navigating Your Teen's Wellness and Academic Journey in Today's Competitive World" tells College Confidential, "I have never, in my entire 30+ year career, seen anything come even close to the waitlist experiences I have heard about and guided families through this last year."

Why Are College Waitlists Longer Than Normal This Year?

For the second year in a row, Covid-19 disrupted traditional admissions patterns and requirements, which has made it harder than ever for schools to estimate how many students they need to admit to fill their incoming class. Top colleges and universities received many more applications than normal in 2021, while other less-competitive schools saw a significant drop in applications. According to a recent article in New York Times, Harvard University experienced a 42 percent increase in applications and Colgate University saw an 103 percent spike in applications. On the flip side, applications fell by 14 percent to schools within the State University of New York (SUNY) system, and first-year applications to Portland State University in Oregon were down 12 percent from the previous year. Many experts believe that this shift is due to many of the most competitive schools adopting test-optional admissions for this year because standardized testing was cancelled or complicated due to Covid-19 precautions.

These shifts in the number and type of applicants that schools received made it harder for admissions departments to predict "yield," or accurately estimate how many of the students that are extended offers are likely to accept. As a result, many schools put more qualified students on their waitlists to be sure they have a solid group to reach out to if fewer admitted students accept their admissions offers this year.

There's more: some high schools also changed their grading systems to pass/ fail to support students and teachers who were switching to online learning, and many high school students put their sports and extracurricular activities on hold during the pandemic. In addition, in-person campus visits and interviews, which are sometimes seen by colleges as a sign that a prospect is serious about the school, were mostly unavailable, making it harder for applicants and schools alike to gauge how serious the student is about going to that particular college.

All of these unprecedented changes not only made it harder for some students and counselors to determine a strong fit, and may have emboldened more students to apply to the most competitive schools in a year when seats may be more limited than usual. Daniel Santos, CEO of the college admissions counseling firm Prepory, says, "Students with less competitive standardized test scores felt empowered to apply as they felt their application would be more representative of their academic abilities. However, this year's applicants are competing for seats among a smaller freshman class than usual. Due to the COVID-19 pandemic and learning going virtual, many students admitted to the class of 2024 chose to take a gap year in hopes of beginning their traditional college experience after the pandemic. Therefore, some of the seats in the class of 2025 were filled by students who were admitted a year prior, likely making this admissions cycle more competitive than ever before."

If all of that wasn't enough, many students stuck at home due to the pandemic chose to use their time to apply to more schools overall. According to Muchnick, "Students had time to complete more applications and supplemental questions since they were mostly at home. Also students who took a gap year or deferred their admission to colleges due to the uncertainties of Covid-19 or wanting to skip online schooling for a year may add to a larger applicant pool and more uncertainty on the side of college admissions offices." All of this combined to create a highly unusual admissions season, and significantly longer waitlists.

What Should I Do if I’m Waitlisted?

Being waitlisted can feel a bit like the "it's not you, it's me" of the college admissions process. It might sting at first to hear that you didn't get an enthusiastic yes from a school you love, but it likely says more about the nuances of what the admissions' committee was looking for than anything about your specific qualifications. In fact, being put on the waitlist shows that a school's admission committee has faith that you have what it takes to be a successful student at that school. They may have chosen other students before you because they need to create a class made up of students with a variety of interests and strengths.

First, if you've been waitlisted or denied at your top choice (or choices) but have gotten into other schools, move forward and accept the offer and pay the deposit to hold your space at another school. According to Santos, "Students applying for this admissions cycle should expect longer waitlists and an even lower probability of being removed from the waitlist and accepted than usual." Remember that the college that accepted you likely has students on their waitlist too, and so they will need to know if they should hold your spot.

But if you have your heart set on a particular school, being waitlisted doesn't mean you have to throw in the towel yet. Read any communication from the school about the waitlist process thoroughly, and follow the directions carefully. Many schools will ask you to formally accept a position on the waitlist in order to be considered for a spot, and they may include specific instructions for if, how, and when waitlisted students should communicate with the admissions department.

If the school you're waiting to attend welcomes it, follow up, but don't go overboard. Generally, there is not a predetermined rank for students on waitlists, or a certain order in which people get admitted. Admissions officers can save valuable time and effort if they know that a waitlisted student will accept if they are offered a spot, so they may prioritize students who have communicated appropriately that they are very interested in attending that school. If you know you'd definitely go to a certain school if admitted off the waitlist, send the admissions department an email to let them know. If you interviewed or communicated with a particular person in the past, follow up directly with that contact, unless the school asks you to communicate in a different way. Most importantly, make it clear why you want to attend. Muchnick advises, "Enumerate in a personalized way exactly why you want to attend that specific college. List specific clubs, classes, and professor names, and indicate in a letter the college is your first choice and if admitted at any date you would 100 percent attend - assuming that is so!"

You may also choose to send updated information that indicates that you're a strong candidate, like another letter of recommendation, updated grades or test scores, or an award that was received after you submitted your application. But only send new and impressive information that shares something the admissions department doesn't already know about you. Admissions officers don't want to be bogged down with a list of everything you've done since applying.

Follow up, but don't go overboard; this definitely isn't your big shot to be like John Cusack in the iconic Say Anything scene, standing outside with the admissions office holding up a boombox. (Though if you haven't seen that classic '80's movie about high school seniors, you may want to add it to your Spring break queue). Rick Clark, Director of Undergraduate Admissions at Georgia Institute of Technology, warns in a recent admissions blog post, "Admission offices regularly receive chocolates, cookies, and treats along with poems or notes. It is safe to say that a couple hundred grams of sugar and a few couplets are not going to outweigh institutional priorities. There is a distinct line between expressing interest and stalking. Stay in your lane."

What if I got waitlisted or denied everywhere I applied?

If you didn't get into any of the schools you applied to and don't get off the waitlist, consider attending a community college for a year, and reapplying to the schools that denied or waitlisted you next year, plus a safety or two. Many community colleges reported steep declines in applications this year. This decline in applicants may mean smaller class sizes next year, which could make it easier to build relationships with professors. Earning strong grades in a few college-level courses and submitting a new recommendation from a college professor can go a long way to help your chances if you reapply next year, and it may save you on tuition too.

When will I find out if I’ve gotten off of the waitlist?

Colleges are not likely to admit anyone off the waitlist before the final day for admitted students to get back to them, which for many schools is not until May 3rd this year. It's possible that some students might hear about their waitlist status much later than that too, as admissions uncertainty and larger waitlists create a ripple effect for students and colleges. According to Clark, colleges often offer four or five spots off the waitlist for every one spot they need to fill, because many students choose to stick with the school whose offer they already accepted, even if they get off of a waitlist. The unusual 2021 admissions cycle may continue to make it even more difficult to match the right schools with the right students and it could feel a bit like a game of musical chairs until everyone finds their seat for Fall. If you're playing the waiting game, try to stay calm and open-minded and remember that there is no such thing as the perfect college. Every student has the power to change their college experience by being intentional about their attitude and the goals they set for their time in school.