The written word and sheets of paper are starting to look over their shoulders, and what do they see gaining on them? The inevitability of high technology.

It seems that these days we're all possible candidates for some type of video performance, whether it's our deliberation in a supermarket aisle as we choose between this or that brand of spaghetti sauce, caught on a security camera, or maybe we star in a covertly executed recording at a baseball game, beating our chest as the home team makes a double play. Cell phones are everywhere and they record the pulse, both good and bad, of life on earth. Thus, the ubiquitous video has become an everyday, almost mundane, aspect of our lives. But what does this have to do with college admissions?

Well, more and more colleges are entertaining so-called application videos, or "video essays." These mini-cinemas are one-to-two-minute videos produced by applicants (although professional production services have been used) as addenda to their applications. The purpose is to explain aspects of the applicant that don't appear elsewhere on the application. It is also an opportunity for the applicant to exhibit his or her creativity and personal appeal. In older days, a photograph of the applicant clipped to the paper application could reveal a small insight into who was applying. Today, though, pictures pale in comparison to a well-conceived video. It's like the difference between silent movies and IMAX. 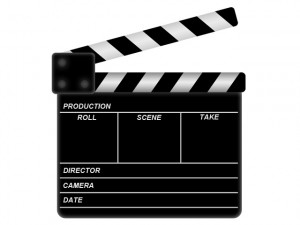 Anyway, if you're a high school junior looking ahead to this fall's application season (and challenge), you may want to start storyboarding your own application video essay. If so, you may be wondering how to find out about application videos and see what others have created in admission seasons past. There's good news and even better news.

The good news is that there's a ton of information on the Web about application videos. I Googled "application videos" and, as expected, I got a number of links, about as many as the number representing our national debt. One interesting article in The Washington Post discussed the increasing number of schools now entertaining these mini-movies. One particularly revealing comment came from George Mason University dean of admission, Andrew Flagel. In speaking about the quality of some of the videos he's seen, Flagel noted, "Some of them are awful, and some of them are phenomenal." Jenna Johnson, the article's writer added, "Awful, a few admissions officers said, means boring or having extremely poor sound quality or a script that was obviously written by a parent." It's easy to imagine a Mom or Dad channeling Steven Spielberg and yelling, "More soulfulness!" as the applicant cringes, trying to remember her lines.

If you're considering doing an application video, there are two main courses of action you can take to learn how. First, hit your favorite search engine. I got these links when looking for how-to ideas. Some of these will lead you to actual examples, which can give you a feel for what's already been done.

The better news is that there's an excellent how-to book that can answer all your questions on conceiving and executing your video. How to Make a Winning College Application Video Essay: Everything You Need to Know from Idea to Upload is by professional filmmakers and authors Max Kiefer and Rosa Wolfe. To get a feel for what it takes to make a winning video, sample the table of contents via Amazon's nifty Look Inside! feature. You may also want to visit Kiefer and Wolfe's site, where you'll find some informative answers to your questions, such as these (quoted with permission):

- “You mean now I have to make a video to get into college?"

No! Only a few colleges specifically invite them, and even with those, it's not a requirement. Making a video is strictly an option. Make a video only if you want to, and if you feel it will help give colleges a better sense of who are and what makes you a great applicant.

The Common App's one-essay-fits-all and click-to apply buttons have helped unleash a biblical storm of applications, and schools are overwhelmed. It's no surprise that some won't embrace the video trend. Imagine the exhausted admissions officer, his office forested with piles of folders, thinking, “You mean now I have to deal with e-stacks of videos too?!"

If you hear a school doesn't want video submissions, check the information source. Is it hearsay or official policy, stated clearly in online admissions guidelines? Most schools take an agnostic view, neither soliciting nor disallowing video essays,

Whatever schools say publically, their real decisions will surely be made case by case, depending on their interest in an applicant. If a student is being seriously considered, an admissions officer may be delighted to click on a link to a short video. At worst, she'll skip over it. But more likely, she'll spend an extra minute or two to get to know you better.

In the long run, we expect video essays to become more common, because they can efficiently and effectively communicate useful information about applicants. They benefit students and schools.

College admissions is not a beauty pageant. Admissions officers are not looking for the next cover model for Vogue or GQ. Your goal is to show them what's inside you, not outside. As you will see, some of the strongest videos are by kids who probably won't get voted “hottest" or “most popular."

Start by watching videos other students have made. Put on your “filmmaker's cap" and look at yourself and your world with fresh eyes. Trust you own creativity and don't get hung up on any “rules," except for one: keep your video within the two-minute time limit.

So, you can see that there's an answer to almost every question you may have about making an application video. Apparently, the only limitation you may face would be your own lack of creativity, but with resources like the Web, YouTube, and Kiefer and Wolfe's book, it's easier than you may imagine. Plus, you won't need a Screen Actors Guild card.

The end of the Post article sums it up:

Although the staff would be impressed by a student with a perfect GPA and SAT score, "essays make a student memorable," said Richard Edgar, director of admissions at St. Mary's.

In addition, producing a video can be a lot more work than writing an essay; students have to develop a script and film and edit their productions. [George Mason's] Flagel said he encourages students to use technology they already have and to have fun.

Yes, making a video can require a lot of work, but for all you juniors out there, you have a whole summer of production time waiting for you. If you're looking for ideas, I hear zombies are hot these days. Maybe something along the lines of The Walking Dead Applicants.