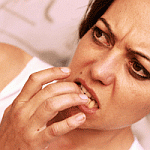 I went through the college admissions process with two children, a son and a daughter. The challenge for our daughter was far less taxing than that for our son, mainly because she chose the Early Decision route for a college that was not only recruiting her for her music talent but also for which she was supremely qualified. Our son's process was much more complex and stressful, not only for him but also for Mon and Dad. Being an independent college admissions counselor didn't help me much to lower the anxiety level. In fact, it probably raised it, because I had an inside perspective on the perils of elite admissions.

All ended well, though, with our son being accepted Early Action at his first-choice Ivy and three other top schools. That was in the fall of 1994, and even though things were stressful then, they were nothing like the situation is today where some of the schools our son applied to now have acceptance rates in the single digits. Sadly, the situation promises to get nothing but worse. What can parents do (or what should they be doing) to reduce the stress and anxiety of this seemingly runaway train of competitive college admissions?

Stressed Out About Your Kid's College Admissions? Get a Life!

"Oh, that's easy," she replied. "The parents have their own lives."

It's a line that parents would do well to remember as a new wave of high school juniors -- and sophomores, and increasingly freshman -- enter the college admissions frenzy. Journalist David Marcus recently wrote a wonderful pieceon The Choice, the college blog of The New York Times, where he explained coming to terms with the fact that his kid wasn't an academic superstar and wouldn't be going to the same storied institution he had attended. And that that was OK, even great. His column prompted this comment from a reader: "There is nothing wrong with expecting your kid to get all A's, take honors and AP courses, top scores on SAT, and get into a top school. There is nothing wrong with being disappointed if your kid fails to accomplish these goals. It is your failure as a parent, too."

Well, actually, there is something very wrong with having those expectations when they're detached from your kid's interests, talents and passions -- and, frankly, something really messed up about branding people "failures" if their kids don't get into elite schools.

My advice to parents would be to stop looking at your kid and worrying about why he doesn't seem interested in getting into a top school. Instead, look in the mirror and worry about why you do care so much. As I've written in dozens of previous articles, there's overwhelming evidence that going to an elite college doesn't provide nearly as great a benefit as many people think it does. For instance, one study found that students accepted into elite schools who attended less selective schools ended up earning the same amount of money afterward as those who had gone to those higher-ranked institutions. What will determine your kid's success in life is his ability and determination, not his pedigree.

And if your kid isn't academically talented and driven, no $50,000-a-year college will turn him into a superstar.

So here's an idea: Instead of telling your kid to study one of those awful SAT prep guides, unplug the xBox and tell him to read a book. Any book. I don't care if it's Twilight or Choose Your Own Adventure, it will improve his vocabulary and reading comprehension skills, and it just might help him discover what interests him. The real tragedy of the college admissions competition is that it has distorted what should be a youthful desire for knowledge into a narcissistic horse race that has more to do with bragging at cocktail parties than education.

Oh, and follow that guidance counselor's advice and get a life. Or at least a second job so that your kid won't have to take out student loans.

Zac makes some good points, but I'm not so sure about that "second job" part. In many families today, getting that first job is the overriding priority. Plus, we all know what the college debt situation is like today. In general, though, I like Zac's common sense approach for parents. Keep it in mind.