Login Sign Up
Thanks for subscribing! Be on the lookout for our next newsletter.
College is saved to My Colleges. 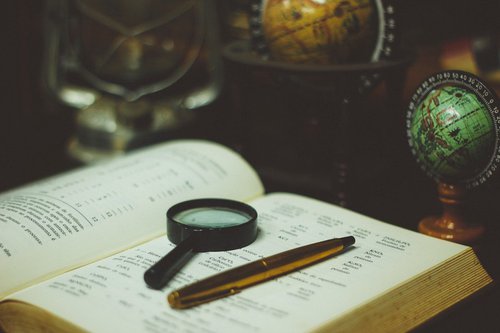 If you're taking the AP US History Exam, you'll need to prepare for two different types of essays. One, the document-based question (DBQ), is worth 25 percent of your final score. The other, which is misleadingly called a "long" essay — it's about the same length as the DBQ — is worth 15 percent. For both, you should utilize the traditional five-paragraph structure, although if you have time, you can use more than three body paragraphs to make your argument. Also, be sure that you're answering the question the College Board actually asks, a part of which means fulfilling the requirements of the scoring rubric. Here are four ways to make the most of those paragraphs as you craft your argument.

If you're taking some time to brainstorm ideas and take notes as you read the documents or consider your long essay argument — which is something I wholeheartedly recommend! — the simplest strategy is to refer back to those notes, taking your three strongest points and giving each its own body paragraph. If these points are related, put them in the order that makes the most sense to you. If each stands alone, save your strongest point for last and put the weakest of your three points in the middle of your essay.

Many potential essay questions lend themselves to a chronological order. In fact, questions about the development of a political, social or economic trend can hardly be answered any other way! When you make a chronological argument, look for important transitions and use them to start new paragraphs.

A five-paragraph essay about the events leading up to the Civil War, for example, might start with an introductory discussion of slavery and regional differences in the early 19th century. This is also where you should state your thesis. The second paragraph might then discuss the Missouri Compromise and other efforts to avoid the war. The third paragraph could mention the expansionism of the Polk era and how it forced the slavery issue, and the fourth might cover the collapse of the Missouri Compromise and how the events that followed led the country into war. Your conclusion in this type of essay should restate the question and answer it. For example, if the question asks whether the war was inevitable, you should answer "yes" or "no" in this paragraph.

Some questions ask you to compare events, issues or policies. Very often, the way the question is phrased will suggest the best organization for your essay. For example, take a question asking you to compare the impact of three events and issues on the United States' decision to enter World War II. This question pretty much requires you to start by setting the historical scene prior to the three events/issues you are about to discuss. Continue by devoting one paragraph to each of the three and conclude by comparing and contrasting the relative importance of each.

Other questions will provide options. If you're asked to compare political philosophies of two presidents, you might tackle a single subject in each paragraph. For example, one could focus on their interpretation of the Constitution, another on their differing approaches to foreign policy, and a third on their policies toward the American economy. In the final paragraph, you can draw your conclusion, but be certain you state your argument in your thesis at the beginning.

In this structure, you will choose a couple of arguments that someone taking the position opposite yours would take. State their arguments, and then tear them down. However, it is important to note that solely proving your opposition wrong does not mean you have proven that you are correct; that is why you should choose only a few opposing arguments to refute. Summarize your opponent's arguments in paragraph two, dismiss them in paragraph three, and use paragraph four to make the argument for your side.

Alternatively, choose three of your opponent's arguments and in each of your body paragraphs, summarize and dismiss a different one of them. For this method, you'll then make the case for your side in your concluding paragraph. Acknowledging both sides of an argument, even when you choose one over the other, is a good indicator that you understand that historical issues are complex and can be interpreted in more than one way — which teachers and readers like to see.