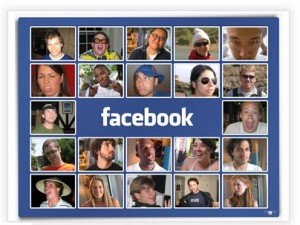 Ever thought of doing that? Maybe you should think again.

Jacques is currently at the National Association for College Admission Counseling (NACAC) convention, where he has picked up some valuable information for prospective college students who will be applying for admission this fall. Here's what he says:

For high school students whose college counselor is playing hooky today, I have a good idea where he or she might be: here in Baltimore, for a national conference projected to draw nearly 5,000 counselors and admissions officers. (Its formal name: the National Association for College Admission Counseling, or Nacac.)

Over the next two days, my colleague Theo Emery and I will be seeking to mine “news you can use" from some of the sessions being put on here, and to file posts on The Choice on what we've heard and learned.

Among the panels we'll be attending are those offering advice on financial aid (particularly recent changes meant to simplify the maddening Fafsa form); on some good colleges for “B" and “C" high school students; and on how a child with a learning disability might best navigate the admissions process. I'm also intrigued by a panel titled “Successful Strategies for Dealing with Difficult Parents."

While waiting for the formal program to begin at mid-afternoon today, I button-holed a few college admissions officers with a question of my own: How would you feel about a high school senior attempting to add you as a friend on Facebook?

My curiosity was prompted by a recent survey by Kaplan Prep, the test-prep company, of admissions officers at more than 400 colleges. It found that “71 percent say that they or another admissions officer at their school have received a Facebook or MySpace friend request from an applicant."

The consensus here? Applicants tempted to go down such a road should proceed with extreme caution, at least when trying to reach out to an admissions official through a personal account.

The admissions office at The College of the Holy Cross in Massachusetts, for example, has a strict “Do Not Friend" policy, not only for its admissions officers, but also for tour guides, greeters and alumni interviewers.

“No good can come of this," Ann Bowe McDermott, the director of admissions at Holy Cross, told me, when I asked her about the wisdom of a high school senior reaching out, via Facebook, to a college representative whom he or she might have met on campus or at a high school.

The policy is meant to protect both sides in such a transaction: to keep college representatives from exposing their personal lives to an applicant, and to prevent an applicant from inadvertently disclosing aspects of his or her outside life that, however innocuous, could negatively affect an application.

“There's a bravado, in some cases, in the way the students have set up their accounts," Ms. McDermott added. “I'd hate to draw conclusions about the student from that."

Scott Myers, an admissions officer at Susquehanna University in Pennsylvania, said he recently received a “friend" request on his personal Facebook account from a prospective applicant who'd visited campus over the summer. He immediately responded, “No."

“I don't want it to affect my judgment," he said. “There needs to be a line that exists between professional and personal."

Which is not to say that admissions offices haven't embraced the notion of social networking. Many, like Butler University in Indianapolis, have established Facebook accounts on behalf of the institution — through which prospective applicants can ask questions and interact, without inserting themselves into the personal lives of those who will ultimately be deciding whether to admit them.

And while it may seem old-fashioned to some applicants, many admissions officers can be reached directly through an e-mail address made available on the college Web site. Although, here too, Ms. McDermott has a word of cautionary advice: Approach such a message formally, like a business letter, and never begin a message with, “Hey."

“There's a casualness to their correspondence," she said. “Somehow, we have to teach them etiquette for the Web."

Can you say avalanche?

There are also some very insightful comments at the end of Jacques' article, so I encourage you to read them too. I just love the diversity of opinions out there in the real world.

Here's one of my favorite comments that touches on a couple of my pet peeves:

I'm really chagrined by the level of informality that teenagers and young adults approach formal or professional settings. Applying to college and interacting with the admissions officers is a professional event, in case no one has mentioned that. The idea that a person you don't know, who is applying to your select college, would address you in an email letter with “hey.." ( or worse, not bother to capitalize anything), is really annoying. And, no, you don't 'friend' a person who does not know you, is not your friend, and is in a position to determine your fate.

Aren't parents teaching their kids these small lessons in web etiquette?! It's the equivalent of going to a nice restaurant and smacking your gum and wiping your hands on your shirt.

I often wonder where the casualness of our constantly plugged in society will eventually take us. Frankly, I think it's going to be a bumpy ride.